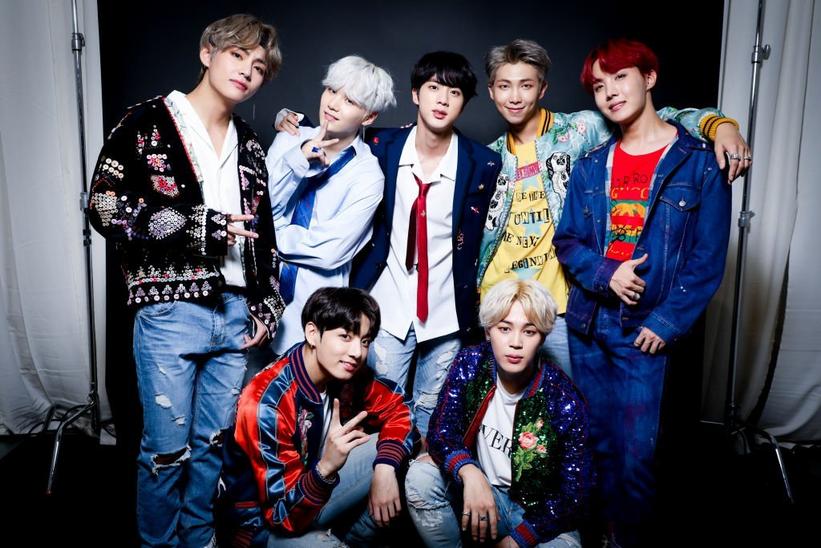 BTS Rise From Debussy To DJ Swivel With "Euphoria"

With the Chainsmokers' GRAMMY-winning producer onboard, hear K-pop stars' latest

Once again, the latest from BTS is setting the internet and social media on fire. But this time, it's also set off "Euphoria"!

The first three minutes of the group's new "Euphoria" video are dominated by Claude Debussy's "Clair De Lune" ("Moonlight") before the dance-pop kicks in. Loaded with visual clues to other BTS content and filled with double meanings, "Euphoria" is an art-pop rabbit hole looking to the future by means of sometimes cryptic references to BTS' past.

Also, for those waiting for GRAMMY Awards and BTS to intersect, the song's lead producer, DJ Swivel, won Best Dance Recording at the 59th GRAMMY Awards for mixing the Chainsmokers' "Don't Let Me Down" featuring Daya.

Published on April 5, the video for "Euphoria" surpassed 4 million views by the afternoon. The video was directed by Yong Seok Choi and produced by Emma Sung Eun Kim with Big Hit Entertainment as usual leading the way. The video also lists BTS's RM among the song's co-producers.

"Euphoria" follows recent news such as the release of BTS' Face Yourself album in Japan earlier this week as well as gaming company Netmarble's investment of $190 million in Big Hit, which might even go public next year.

Billboard breaks down some of the song's clues and implications for what is coming next. So, for the curious, "Euphoria" is a gateway to a BTS "Wonderland" worth jumping into.