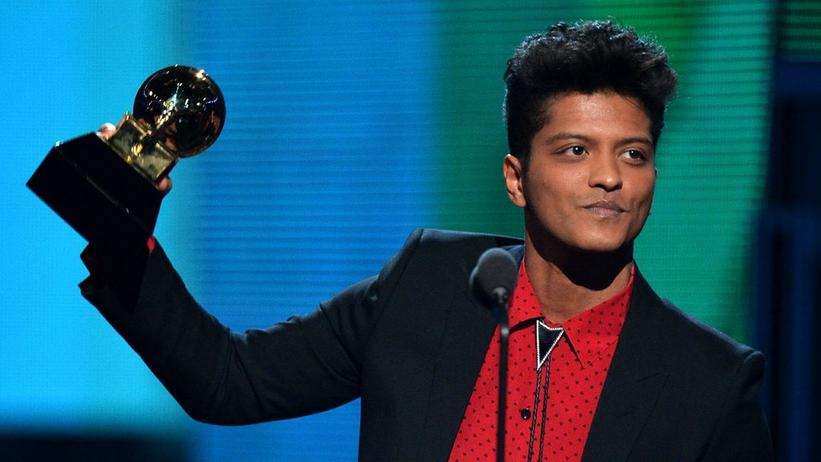 Today, Bruno Mars has 15 GRAMMYs to his name. But his 2014 win for Best Pop Vocal Album marked only his second trophy — and it may be his most prized GRAMMY to date.

Over the past several years, Bruno Mars has become a GRAMMY fixture, winning 15 GRAMMYs and receiving 31 nominations overall. Perhaps even more impressive, he has won 14 of those in a row — and his win streak began with a bittersweet victory in 2014.

When Mars earned the Best Pop Vocal Album trophy for his second LP, Unorthodox Jukebox, his GRAMMY win came seven months after his mother’s passing. But as he hinted in his short-but-sweet speech, he could feel her presence on stage.

In this episode of GRAMMY Rewind, revisit Mars' heartfelt acceptance speech. After doing a quick dance upon reaching the GRAMMY stage, the singer turned his attention to all the people who helped him win the award. He thanked his musical team, including his manager, but Mars reserved his most heartfelt thanks for his family.

"My father's in the audience. Pops, I love you," he continued, also shouting out his girlfriend, Jessica Caban. "Jessica, I love you."

Before leaving the stage, Mars made sure to end his acceptance speech with a tribute to his mom. "I want to dedicate this award to my mother," Mars added, holding his trophy aloft.

Press play above to revisit the special moment in Mars' career, and check back to GRAMMY.com every Friday for more episodes of GRAMMY Rewind.