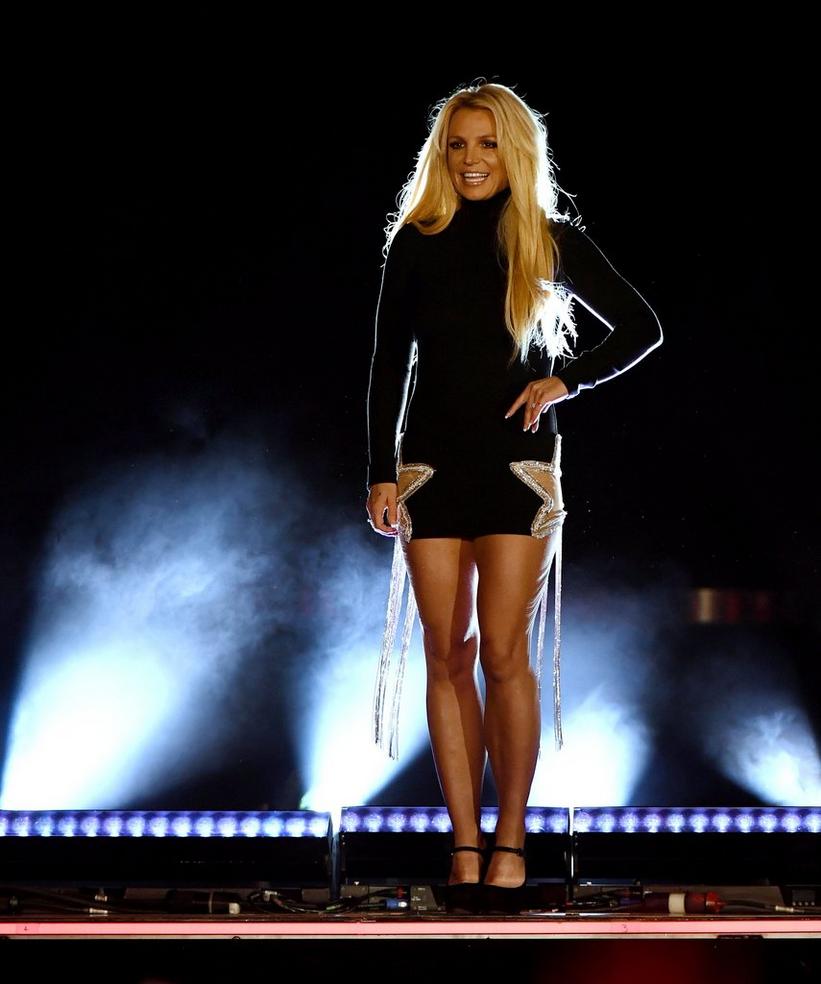 The GRAMMY-winning popstar announced she will return to Sin City for a new residency in 2019, after taking it over with almost 250 shows from 2013-2017

The eternal pop princess Britney Spears is ready to take over Las Vegas again, over a year since her wildly popular four year long Piece of Me residency ended in December 2017. On Oct. 18 she announced her Domination Vegas residency, beginning February 2019 at the new Park Theater.

In true Britney fashion, there was plenty of hype and fanfare around the official announcement, stoking fans' excitement with a "pre-announcement" last week on the Ellen Show, where she told host Ellen DeGeneres: "My announcement is actually that I have an announcement." This lead to a livestream from Las Vegas on DeGeneres' YouTube channel yesterday that involved a 22-minute buildup complete with a hype guy, adoring fans and Britney songs blasting before Spears herself appeared onstage as the Domination announcement was projected on the building behind her. It appears that the city is ready to "Work Bch" to the popstar's blowout performances yet again.

Spears' first Las Vegas residency, Piece of Me at Planet Hollywood, began in 2013 and was originally set as a 50-show, two-year venture, but she ended up doing 248 performances, culminating on Dec. 31, 2017 and racking in $137.7 million in ticket sales.

While Las Vegas has been a vacation/party/show destination for years, as Variety states, "[The Piece of Me] show helped rebrand the city as a music destination as scores of tourists were able to take in hits like '…Baby One More Time,' 'Toxic' and 'Oops!... I did It Again' in an environment offering VIP services and top-notch stage production."

While she is not first artist to do a Las Vegas residency—Celine Dion has been doing it for years—following the show's launch in 2013, the floodgates opened for residencies from big-name artists, including Mariah Carey, Ricky Martin, Aerosmith, Jennifer Lopez and Gwen Stefani, and the city is now a bigger music destination.

What songs do you want to hear Spears perform during her Domination shows? Is it her breakout GRAMMY-nominated single "…Baby One More Time," the sexy dance-pop "Toxic," which she took home Best Dance Recording for at the 47th GRAMMY Awards, the assertive dancefloor banger "Work Bch," the sultry "Slumber Party" from her last album Glory, featuring R&B songstress Tinashe, or one of her many other pop classics?

Spears kicks-off her Domination on Feb. 13, 2019, with dates currently scheduled until August. Tickets go on sale Oct. 26 via Ticketmaster.