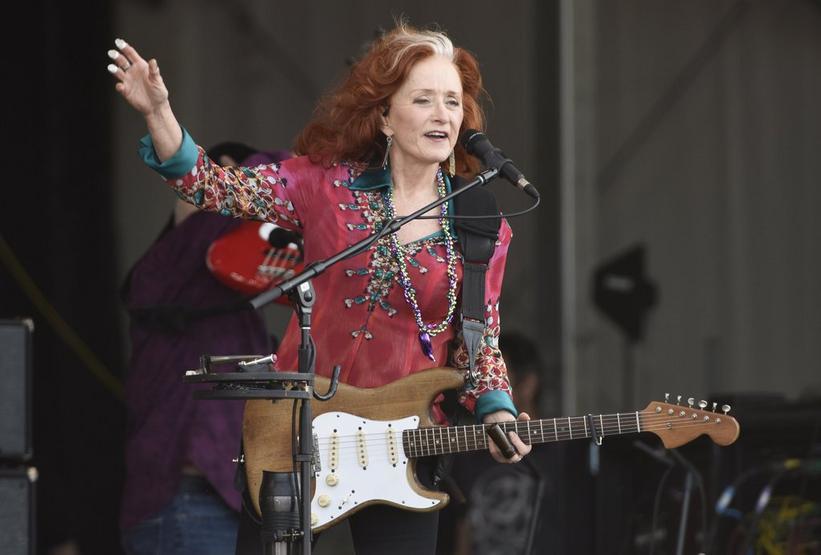 A guitar lover's dream lineup has been amassed for this year's fest in Dallas, including Jeff Beck, Susan Tedeschi, Joe Walsh, Robert Cray and more

Unlike many annual festivals, Crossroads only takes place every few years, making this gathering of six-string slingers an extra-special occasion, the first one since 2013 and only the fifth-ever installment dating back to 2004.

.@EricClapton brought the Crossroads Guitar Festival to MSG on this night in 2013, where he was joined on stage by star-studded line up including @AllmanBrothers Band, B.B King, and more. #EricClapton pic.twitter.com/lvLiEtWA3m

There will also be plenty of guitar activities with the Guitar Center Village at the Victory Plaza, adjacent to the arena, with interactive exhibits plus master guitar clinics and solo performances. The two-day festival will feature different set of artists each day. The schedule is yet-to-be-released, but Clapton, as the host, will perform both days.

All proceeds from the festival will benefit Clapton's Crossroads Centre, a rehab center in Antigua the GRAMMY-winner founded in the Caribbean. 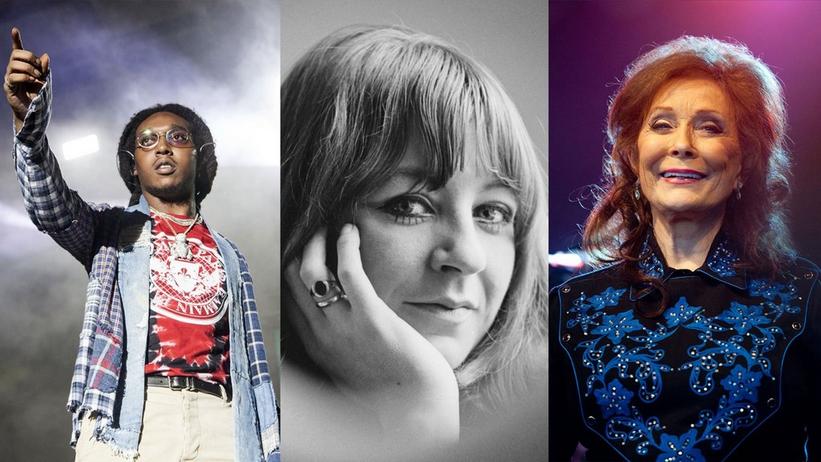 The lineup for the 2023 GRAMMYs on Sunday, Feb 5, will include an In Memoriam segment paying tribute to some of those from the creative community that were lost this year with performances by GRAMMY-winning and -nominated artists.

The segment will feature Kacey Musgraves performing "Coal Miner's Daughter" in a tribute to three-time GRAMMY winner and 18-time nominee Loretta Lynn; Sheryl Crow, Mick Fleetwood and Bonnie Raitt honoring three-time GRAMMY winner Christine McVie with "Songbird"; and Maverick City Music joining Quavo for "Without You" as they remember the life and legacy of Takeoff.

The 2023 GRAMMYs, hosted by Trevor Noah, will broadcast live on Sunday, Feb. 5, at 8 p.m. ET/5 p.m. PT on the CBS Television Network live from the Crypto.com Arena in Los Angeles. Viewers will also be able to stream the 2023 GRAMMYs live and on demand on Paramount+.

Where, What Channel & How To Watch The Full 2023 GRAMMYs 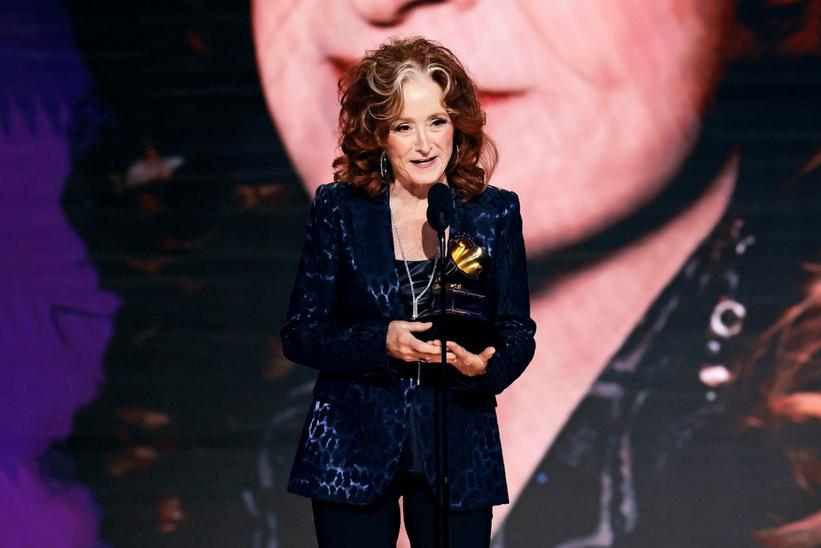 Photo of Bonnie Raitt winning the GRAMMY for Song Of The Year at the 2023 GRAMMYs.

Bonnie Raitt wins Song Of The Year for her track "Just Like That."

Bonnie Raitt's "Just Like That" won the GRAMMY for Song Of The Year at the 2023 GRAMMYs.

GAYLE's "abcdefu," Lizzo's "About Damn Time," Taylor Swift's "All Too Well (10 Minute Version) (The Short Film)," Harry Styles' "As It Was," Steve Lacy's "Bad Habit," Beyoncé's "BREAK MY SOUL," Adele's "Easy On Me," DJ Khaled Featuring Rick Ross, Lil Wayne, Jay-Z, John Legend & Fridayy's "GOD DID," and Kendrick Lamar's "The Heart Part 5" were the other nominees in the prestigious category. 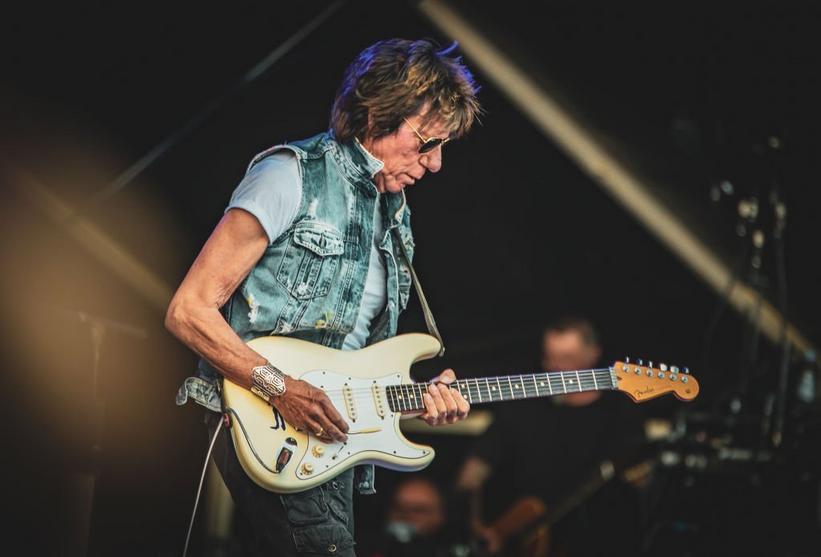 Jeff Beck performs during the Helsinki Blues Festival in 2022

Jeff Beck passed away on Jan. 11 at age 78. The virtuoso guitarist's soul, tone and techniques influenced generations of guitarists. His six-decade career netted eight GRAMMY Awards and many memorable songs.

Only 11 days into the new year and yet another rock elder has gone off to that great gig in the sky. The latest news came late Wednesday afternoon: Jeff Beck, 78, died peacefully after suddenly contracting bacterial meningitis.

Social media was immediately flooded with tributes from fellow guitar greats such as David Gilmour and Tony Iommi. In a tweet, Jimmy Page called Beck a "six stringed warrior" who "could channel music from the ethereal." In a short farewell posted via her Substack newsletter, Patti Smith described Beck as "quiet as moccasined feet, yet mercurial, innovative, impossible to categorize," and  "a guitarist in the highest sense."

Beck remained an active musician until his passing. In 2022, he released 18 with actor Johnny Depp. He is featured on Ozzy Osbourne’s "Patient No. 9," which is nominated for Best Rock Song and Best Rock Performance at the 2023 GRAMMY Awards.

The British guitar slinger’s unique stylings and mastery of his instrument influenced generations of players. In 1965, on the advice of Page, Beck replaced Eric Clapton in the Yardbirds. Two years later, he left the electric blues band to form the Jeff Beck Group with Rod Stewart and a then unknown Ron Wood on bass. Their 1968 debut, Truth, showcased how Beck’s various influences — sprinklings of jazz and funk, mixed with rock and blues — could create a new sound that resembles what, today, we call hard rock or heavy metal. Back then, it was just known as the Jeff Beck sound.

Beck built his first guitar when he was still a teenager, and constantly found new tones and broke new ground on his beloved instrument. Through experimentation and constant exploration of what his instrument could do, the guitarist is credited with advancing feedback techniques, and incorporating distortion and bends into his playing. Blow by Blow, his second solo record, reached No. 4 on the Billboard charts and was his most commercially successful — selling more than one million copies.

Beck won eight GRAMMY Awards over the course of his nearly six-decade career and was twice inducted into the Rock and Roll Hall of Fame. Even as he approached his 80th year, Beck continued to quietly innovate. Here are five Essential Jeff Beck songs to honor this guitar great gone too soon.

The George Martin-produced "Scatterbrain" from his commercial breakthrough Blow by Blow, t is a co-write with keyboardist Max Middleton and a lively conversation between Beck’s guitar and Richard Bailey’s percussion.

Back in 1975, the year this song was released, wannabe guitar players sat in their bedrooms, listening to this 5-minute and 40-second epic song on their turntables on repeat and wondered how could they ever compare to such mastery. Many guitarists today, hearing "Scatterbrain" for the first time, have the same reaction.

Stevie Wonder originally wrote this song for his wife Syreeta, but passed it to Beck as an apology for releasing "Superstition" first. The sound of Beck’s Fender Telecaster is otherworldly as he plays with tone and technique to take you on a journey to unexplored territory. Close your eyes and listen to this mournful song, and try to focus on each riff and melodic shift. Nearly a half-century on, this Blow By Blow track still hits deep.

Beck's first hit was initially released as a single, then appeared on his solo debut Truth. The Jimmy Page-penned instrumental showcases his prowess playing a Les Paul and features future Led Zeppelin members Page (who played the rhythm guitar parts) and bassist John Paul Jones, along with the Who’s drummer Keith Moon.

The guitarist initially recorded this instrumental cover of the Beatles' beloved classic for the George Martin-produced tribute album In My Life. The song later appeared on Beck’s 2008 album Performing This Week: Live at Ronnie Scott’s Jazz Club and won Beck another GRAMMY for Best Rock Instrumental Performance. By adding tones and feelings that only a guitar in his hands could imagine, Beck yet again demonstrates how he can create unique interpretations nearly as memorable as their masterpiece originals.

The song won a golden gramophone for Best Rock Instrumental Performance at the 53rd GRAMMY Awards — Beck’s fifth in this category, and third win at that year's ceremony. Taken from the album Emotion & Commotion, and inspired by composer and keyboardist Jan Hammer, this rocker is a nod to some of Beck's earliest compositions from the '70s. "Hammerhead" features plenty of wah-wah pedals, distortion, whammy-bar effects and other tricks. Turn it up.

Remembering Syl Johnson: 5 Essential Tracks From The Soul Great And Self-Proclaimed "Most Sampled Artist Ever"