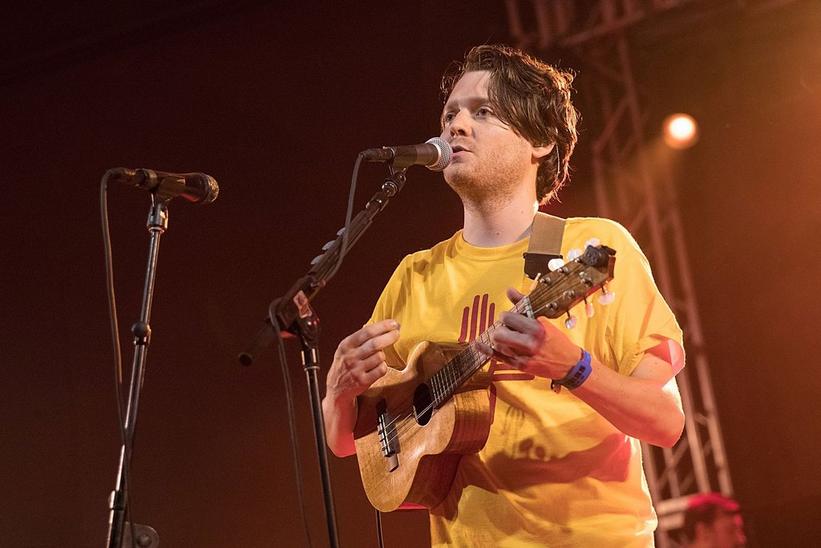 Writing and recording "Gallipoli" in Italy "seemed to return me to the old joys of music as a visceral experience," Beirut's Zach Condon shares

Indie group Beirut, led by Zach Condon, have released the lead single and title track for their upcoming album set to be released on Feb. 1, 2019. The band will also launch a tour in support of the album that month.

"Gallipoli" is a joyful, bright track led by celebratory-sounding horns and organ notes, with Condon's vocals floating amongst them as he sings, "We tell tales to be known/or be spared the sorrow." The song was written by Condon after the group visited the small island town of the same name in Southern Italy while working on the then-unnamed album at a studio in a nearby town.

In a long note from Condon on the band's website, he shares that "Gallipoli started, in my mind, when I finally had my old Farfisa organ shipped to New York from my parent’s home in Santa Fe, NM." It was with this old, previously-abandoned organ that he used almost exclusively to write the majority of Beirut's first two albums, while still living in Santa Fe. After the organ arrived in Brooklyn at his home at the time in 2016, he began writing the first songs for Galliopoli, also using it for the first time in the studio.

After Condon moved from Brooklyn to Berlin in 2017, the group resumed working on the album, this time in a rural part of Southern Italy. It was there that Condon, along with two of his bandmates, Nick Petree and Paul Collins, and producer Gabe Wax had a strange and inspiring encounter.

"We stumbled into a medieval-fortressed island town of Gallipoli one night and followed a brass band procession fronted by priests carrying a statue of the town’s saint through the winding narrow streets behind what seemed like the entire town, before returning late to Sudestudio. The next day I wrote the song I ended up calling ‘Gallipoli’ entirely in one sitting, pausing only to eat. I eventually dragged Nick and Paul in to add some percussion and bass," he shares.

The creativity and inspiration he felt that night and the following day gave him the beautiful title track, and soon enough the rest of the album.

"I was quite pleased with the result. It felt to me like a cathartic mix of all the old and new records and seemed to return me to the old joys of music as a visceral experience," Condon said. "This seemed to be the guiding logic behind much of the album, of which I only realized fully at that point."

On NPR's All Songs Considered, Condon furthers the story of the night in Gallipoli:

"[Sound] was bouncing off the walls, and simultaneously every church bell in town was ringing, which just made for utter chaos. And the city is just claustrophobic, streets winding—you would have to live there your whole life to know where you're going."

Shortly after the album is released on Feb 1, Beirut will embark on a U.S. tour beginning Feb. 10 in Brooklyn and ending March 5 in Los Angeles. The European leg will follow, beginning in Berlin on March 30. More information on the tour can be found on the band's website.