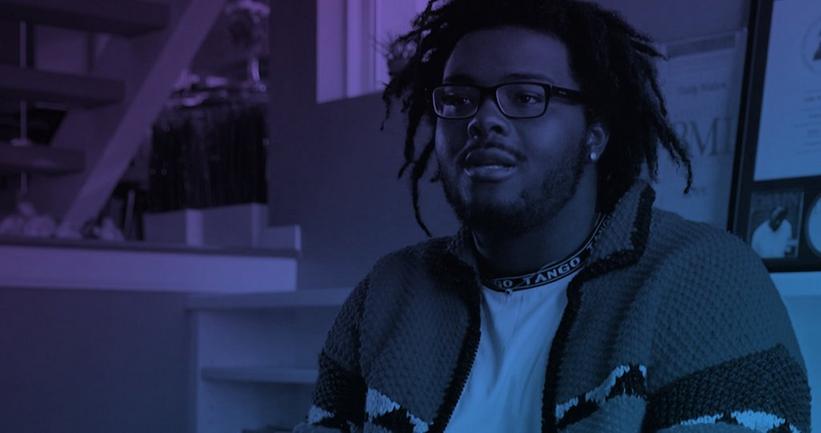 Behind The Board: Producer Teddy Walton On Working With Kendrick Lamar & What Makes A Great Track

Producer/songwriter Teddy Walton, born Travis Walton, has a simple yet clear approach to making a great track, one of the essentials being that everyone is having fun, which Walton says is the most important part of making music.

He has worked with a range of underground and big-name artists, including hip-hop heavy-hitters Jay Rock, Kendrick Lamar and Nipsey Hussle. Walton first worked with Kendrick on "LOVE."—from the GRAMMY-winning album DAMN.—and most recently with on "King's Dead," which won Best Rap Performance at the 61st GRAMMY Awards.

Walton also explains how growing up in Memphis, Tenn. has influenced his music and who he is as a person, allowing him to work well with all kinds of artists. He got his start working with his brother, rapper June, and while they didn't really grow up in a musical family, they learned together, releasing an album called EVOL in 2012.

No matter who he works with, Walton keeps the setup simple, working mostly with a laptop out of his home.

He elaborates on how he likes to work organically and connect the dots as he works: "While I'm making the beat I'm thinking up some words. That's just me, really, I can't even finish the beat if I don't really know that at least the hook's gonna be tight."

He also talks about his two biggest musical influences—his brother and Kendrick—and how working with June has shaped who he is today.

Watch an exclusive interview with Walton above to learn more about his craft.

Behind The Board: Harvey Mason Jr. On The Role, Meaning Of Being A Producer