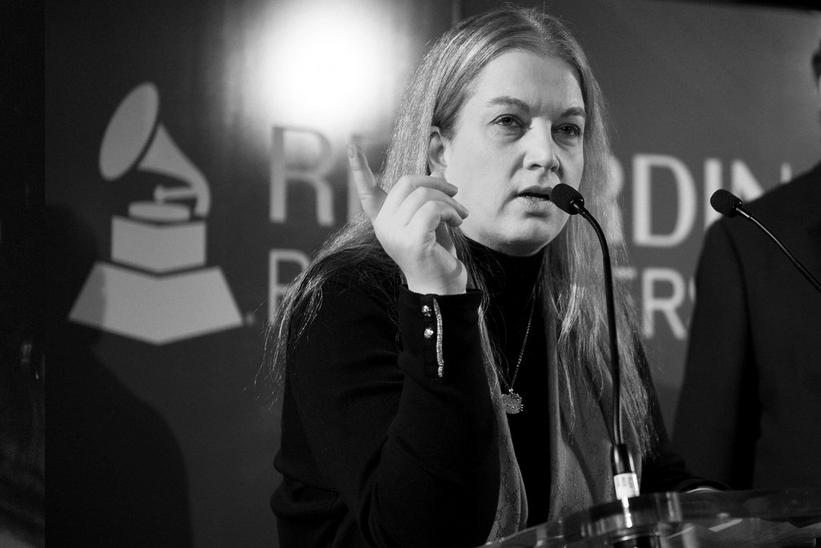 Ann Mincieli On 'She Is The Music,' Jungle City, Drake, Alicia Keys & More

From fostering female advancement to owning and operating one of New York's top studios to working side-by-side with the stars, see how one woman does it all

When Ann Mincieli began building Jungle City Studios, everything, and everyone, around her tried to convince her that she was making a mistake. The music industry was still combating music piracy and struggling to turn a profit. The combination of budget cuts and technology advancement meant that state-of-the-art recording facilities were now viewed by some as unnecessary luxuries compared to the cheaper option of home studios.

But Mincieli knew the needs of her clientele. Since its doors opened in 2011, Jungle City has become a premiere recording destination, welcoming superstars such as Drake, Jay Z and Alicia Keys inside its intimate quarters. Located in New York’s Chelsea neighborhood, the $5 million structure is complete with four recording studios, vintage microphones, a Steinway grand piano, rare mixing consoles and a rooftop lounge overlooking the Manhattan skyline.

“I had the Warren Buffett approach – when everyone is going home, you go big,” Mincieli says, proudly.

Making the most out of limited resources and support is something Mincieli has mastered throughout her career. In 1998, she began working with a then fledgling singer and pianist named Alicia Keys. The duo diligently worked together until Keys’ debut Songs in A Minor was released in 2001. The album received five GRAMMYs at the 44th GRAMMY Awards, including Best R&B Album.

“I waited until I found the right artist that complimented the type of engineer I wanted to be,” Michieli says.

Keys and Mincieli have cultivated an indelible creative synergy that has permeated beyond the studio, too. In June, Keys announced the formation of her latest effort for female advancement in the music industry, She Is The Music. Once it’s launched, the initiative will serve as a mentorship program, complete with a database and exclusive songwriting sessions.

“Of almost 3,000 pop songwriters credited last year only 12 percent were female, only three percent of the engineers were female, and one of them is Ann,” Keys said in her acceptance speech for the Icon Songwriter honor at the National Music Publishers Association’s annual meeting. “Only two percent of producers are female and one of them is me. Our world is 50-50, and it’s time for our industry to reflect that.”

Though fighting for leveled representation will not be won overnight, Mincieli believes that it’s easier for her to navigate the music industry as an engineer and entrepreneur now than ever before.

“I have a positive outlook. I’ve never really been prohibited from being an engineer. I’ve always focused on just being great at what [I] do, says Mincieli. "If you put in the work, you’ll earn the respect.”

The quickest way to earn her respect is showcasing pure talent. Such was the case during a session in 2009 with a then-up-and-coming rapping/singing hybrid under the moniker Drake. At the time, the Toronto native’s buzz was incessantly growing, aided by his affiliation with Lil Wayne and the street savvy Cash Money/Young Money Records crew.

But Mincieli was exposed to a new layer of Drake when he collaborated with Keys to create the melodic audio romance, “Un-thinkable (I’m Ready).” That night, Drake’s lyrical prowess, Keys’ sultry vocals, Noah “40” Shebib’s bed of production and Carlos Alomar’s guitar riffs created a song “you feel more than you hear,” according to Mincieli.

“Un-thinkable” topped Billboard’s Hot R&B/Hip-Hop charts and was labeled as the “standout track” from Keys’ The Element of Freedom album. “The singer/pianist goes from entertaining puppy love to confessing deeper emotions,” Billboard wrote. “For an artist who has built her career on songs about love, lust and heartache, Keys has never sounded quite as vulnerable and exposed as she does here."

“The one thing people don’t realize is Drake is such an incredible musician,” Mincieli adds. “There’s nobody sicker than him with a pen. No one can touch him as an artist.”

The latest talent Mincieli and Keys are grooming for superstardom is The Voice runner-up Britton Buchanan. Though it’s unclear what will come of their alliance, the 18-year-old has already taken in a great deal of wisdom from the illustrious pianist.

“A big thing I learned from [Keys]...is that your authenticity should never be rivaled by compromise,” Buchanana told Rolling Stone. “[S]he did what she wanted to do, and she blew up because of it.”

Keys currently holds 15 GRAMMYs, tours in amphitheaters and arenas domestically and internationally, and supports dozens of charitable organizations. Her success is something that Mincieli, a two-time GRAMMY winner herself, foresaw when both were still relatively new talents yearning for the opportunity to make their dreams come true.

“We’ve been able to grow together from basements to baseball fields,” she boasts.

In 2009, Alicia Keys joined Jay Z on stage during Game 2 of the World Series at Yankee Stadium. As the two passionately performed their chart-topping hit “Empire State of Mind” in the brisk October air, Mincieli was there running sound, taking it all in.

Now, Yankee Stadium serves as more than a place of business. When she isn’t balancing her responsibilities as an engineer, entrepreneur, album coordinator and studio owner, she finds solace in watching The Pinstripes bat around with her family and staff members.

Despite her relaxing outings, there was once a time when Mincieli was so dedicated to her work that she put herself, and her health, second. 14 months ago, she changed that. Even while running Sanctuary Studios in the Bahamas, she incorporates a physical fitness routine into her work schedule, peacefully strolling the New Providence Island beach for miles at a time.

For nearly 30 years, Ann Mincieli has been a talented technical force to be reckoned with behind, and beyond, the board. When asked what she believes has been the key to her longevity, she humbly claims it’s her ability to “always try to be a student of the game.”

Perhaps it’s time we learn something from her.

Ann Mincieli is a member of the Recording Academy, and she can be seen in the Academy's We Are Music campaign.