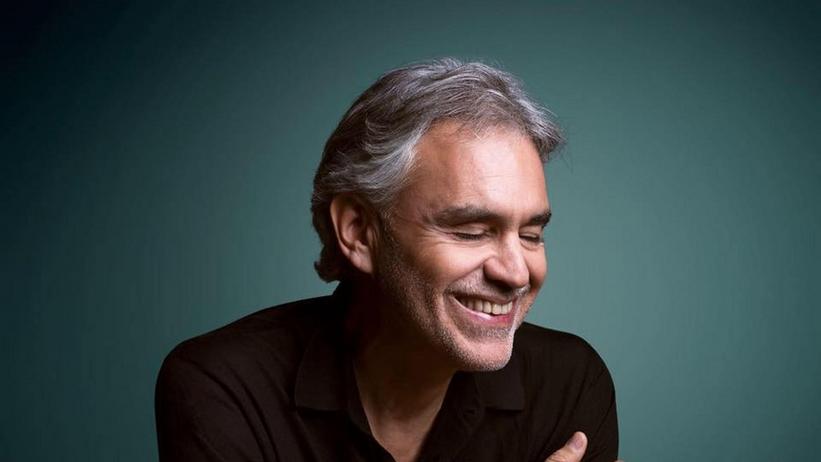 If there’s any caveat to mass festival and concert cancellations behind the coronavirus pandemic, it’s the bevy of wide-ranging live streamed performances popping up left and right, even within the world of classical music.

According to an LA Times report, the "Music For Hope" concert saw 28 million global views within the first day of its launch, the most of any classical music event in history. By now, the video has been seen nearly 36 million times. It is also reported that around one million fans joined the "waiting room" ahead of the stream on YouTube.

You can check out the concert in full below:

Bocelli underscored the massive event’s success and powerful unification in a statement, saying “It was an immeasurable honor and privilege to lend my voice to the prayers of millions of people, gathered in a single embrace — a small, great miracle of which the whole world was the protagonist and which confirms my optimism about the future of our planet.”

Aside from setting new records online, Bocelli’s nonprofit foundation, the Andrea Bocelli Foundation, has collectively pooled more than $270,000 in proceeds that will be used for ventilators and protective equipment for the Hospital of Camerino in Italy.

Andrea Bocelli was first nominated for a GRAMMY in 1998 under the Best New Artist category. He has earned five total nominations throughout his illustrious career for his standout albums Si and Cinema, as well as leading tracks "Sogno" and "The Prayer."

Surprising the audience with a captivating finale performance, Stevie Wonder received multiple standing ovations singing some of his all-time classics, including "Superstition" and "You Are The Sunshine Of My Life," at the Feb. 10 taping for "Stevie Wonder: Songs In The Key Of Life — An All-Star GRAMMY Salute" at Nokia Theatre L.A. Live. Additionally, a superstar cast of 19 artists saluted Wonder with songs from his stellar songbook before a sold-out audience. Recorded live, the two-hour special, which pays homage to Wonder's iconic career, will be broadcast in HDTV and 5.1 surround sound on the CBS Television Network on Monday, Feb. 16 from 9–11 p.m. ET/PT.

View a complete list of "Stevie Wonder: Songs In The Key Of Life" performances

"We must, without question, let the world know that love is king and queen," said Wonder, thanking fellow artists and fans from the stage before launching into a medley of his hits. "I encourage all of us as artists to write songs about love. Love is the key, and you've given me love, and I thank you for it."

A 25-time GRAMMY winner, Wonder is the only artist to have received Album Of The Year honors in three out of four consecutive years with Innervisions (1973), Fulfillingness' First Finale (1974) and Songs In The Key Of Life (1976).

"Stevie Wonder: Songs In The Key Of Life — An All-Star GRAMMY Salute" is produced by AEG Ehrlich Ventures, LLC. Ken Ehrlich is the executive producer, Leon Knoles is director, and David Wild and Ehrlich are writers. Greg Phillinganes is music director.

Wild At The GRAMMYs: 11 Reasons To Watch

Sure, David Letterman might give you a Top 10 list, but in tribute to my rock and roll heroes in Spinal Tap — nominated this year for Best Comedy Album — I'd like to go one extra step. And so from my privileged position backstage writing Music's Biggest Night, I offer you the people my Top 11 Reasons To Watch The GRAMMY Awards Sunday night on CBS:

1) Because none of us really knows what Jennifer Lopez will be wearing, and knowledge is power.

2) Because we guarantee you at least three-and-a-half hours of totally free, top-notch entertainment. Go ahead and try getting those same rates on Broadway, at your local multiplex or from a fully licensed sex worker. Trust me, folks, I tried on your behalf, and it just can't be done.

3) Because only on Music's Biggest Night will you see Miley Cyrus, T-Pain and Plácido Domingo all sharing the same stage. Check my math, but I believe that's at least one-third of a Three Tenors reunion.

4) Because you can still vote, even during the show, to decide one song that my Garden State homeboys Bon Jovi will play during their first-ever GRAMMY performance. Personally, I'm going off the ballot to launch a massive write-in campaign for "Life Is A Rock (But The Radio Rolled Me)" by Reunion or "The Wreck Of The Edmund Fitzgerald" by Gordon Lightfoot.

5) Because if you don't watch, you might possibly hurt Taylor Swift's feelings. Do that and Taylor might write a really great song about you.

6) Because you can rest assured you will spend time in the presence of true musical royalty — not just Lady Gaga or Lady Antebellum, but also those Kings of Leon. Prince has been known to show up at the GRAMMYs too, though Queen seems less likely. And let's not forget about Celine Dion, Jennifer Hudson, Smokey Robinson, Carrie Underwood, and Usher all coming together to celebrate the fallen King of Pop.

7) Because Mary J. Blige and Andrea Bocelli will be singing "Bridge Over Troubled Water" to raise money for Haitian relief. I believe that these two will be so good together that on Monday the tabloids will collectively dub them "Bligeocelli."

8) Because there will be an in memoriam segment during the show, and unless things go very badly for any of us this weekend, we probably won't be in it.

9) Because deep down, you understand that the Pro Bowl is utterly meaningless and frankly a little silly, and you'd much rather see the all-stars of music playing their Super Bowl.

10) Because it will give you the time to finally figure out where that accent in Beyoncé's name really goes.

11) Because even if you think you're too hip to watch, you are probably wrong. Don't make that mistake. Watch early and often.

Melissa Etheridge, Kevin Hearn and Justin Hines are three of the many artists overcoming obstacles to share the gift of music

(In the spirit of the holiday season, The Recording Academy invites you to consider making a donation to support musicians in need through its MusiCares Foundation or music education programs through its GRAMMY Foundation.)

In 1998, when he was recording Stunt with Barenaked Ladies, keyboardist/guitarist Kevin Hearn knew that something wasn't right.

"At the beginning of our recording session, I started having a cough, and loss of appetite," Hearn recalls. "I thought it was maybe just stress, but by the end of the sessions the symptoms got worse and I got a lot thinner. I started thinking maybe something was very wrong.

"When I came home, I had a full checkup and was diagnosed with leukemia. I was told that it might be life-threatening and I had to get to the hospital right away."

Over the next several months, Hearn endured "a few close calls where I almost didn't make it," and received a life-saving bone marrow transplant. Today, he is fully cured of the chronic myelogenous leukemia that almost took his life.

Hearn, who will release his latest solo album, Cloud Maintenance, in December, has since returned to his duties with Barenaked Ladies. He says the ordeal — one that he documented on his 2001 solo album H-Wing — put him in touch with his own mortality.

"I'm still going to die one day, just like everyone else," says Hearn. "It certainly helps you recognize how precious your time is here."

But not all seemingly insurmountable obstacles for musicians are related to illness.

More than 25 years after losing his left arm in a car accident, Def Leppard drummer Rick Allen continues to pound out the rhythms for the multiplatinum UK rock band, thanks to an innovative kit devised by British electronic drum manufacturer Simmons.

Beach Boys songwriting guru Brian Wilson created some of pop music's most intricate harmonies despite being deaf in one ear and blind musicians — including Stevie Wonder, Raul Midón and Andrea Bocelli — have relied on their ears to overcome their visual deficit.

And the list of musicians who have endured rehab to conquer alcohol and drug dependencies could fill a page or two.

But once they've either recovered from their addictions, illnesses or personal issues — or, at the very least, learned to cope with them — many of these grateful fighters have given back, either publicly or privately.

"On a more personal, direct level, I've actually gone and visited patients," says Hearn. "I've found that I can answer questions that perhaps other people can't answer, because I've been through the experience. I also try to tell my story a little bit."

Since being diagnosed with breast cancer in January 2003, Anastacia became motivated to raise funds and awareness, specifically targeting younger women who are stricken with breast cancer or those who have no family history of the disease. As a result, she established the Anastacia Fund through the Breast Cancer Research Foundation.

One musician who has launched his own foundation to help others is Canadian singer/songwriter Justin Hines. Although he's bound to a wheelchair due to a genetic joint disorder called Larsen Syndrome, Hines says the Justin Hines Foundation, which is set up to raise awareness for individuals with disabilities who are in need, isn't focused on just one cause.

"We try to be inclusive of everybody, really," says Hines, who recently starred in his own PBS special performing songs from his 2011 album, Days To Recall.

"We're lucky to be in this position where we have a foundation where we can help out when we can. Depending on the organization or group that we partner with, we basically just try to do fundraising initiatives for specific causes. It's been pretty broad in its scope.

"The whole world needs help at some point in their lives, so it's really about broadening horizons and making connections."

Hines, who launched his career 15 years ago after winning a contest to sing Canada's national anthem at a Toronto Raptors NBA game, says he's "beyond grateful" for being able to pursue music.

"Growing up, even though I was obsessed with music, I never really thought I'd turn it into a career. Every day I do this is a bonus."

(Nick Krewen is a Toronto-based journalist who has written for The Toronto Star, TV Guide, Billboard, Country Music and was a consultant for the National Film Board's music industry documentary Dream Machine.)

GRAMMY Ratings Hit High Note
The 52nd Annual GRAMMY Awards posted the highest ratings for Music's Biggest Night since 2004 with an average audience of 25.8 million viewers, up 35 percent from last year's telecast, and marked increases across key demographics, according to preliminary ratings results from Nielsen. Compared to last year's telecast, the GRAMMYs posted a 36 percent increase in adults 25–54, and a 32 percent increase in both adults 18–34 and 18–49. (2/1)

GRAMMY Songs Dominate ITunes Top 20
A day after the 52nd Annual GRAMMY Awards, Lady Antebellum's "Need You Now," which the country trio performed on this year's telecast, is the No. 1 song on iTunes' Top Songs chart. The Black Eyed Peas have two songs in the Top 10 with "Imma Be" and "I Gotta Feeling," both of which were performed by the group on this year's show. Andrea Bocelli and Mary J. Blige's duet of "Bridge Over Troubled Water" is No. 11, with all proceeds benefitting Haiti relief. Other GRAMMY-performed songs charting include Taylor Swift's "Today Was A Fairytale" at No. 13, Pink's "Glitter In The Air" at No. 14, Dave Matthews Band's "You And Me" at No. 17, and Lady Gaga's "Poker Face" at No. 19. The 2010 GRAMMY Nominees collection is currently iTunes' No. 3 album. (2/1)