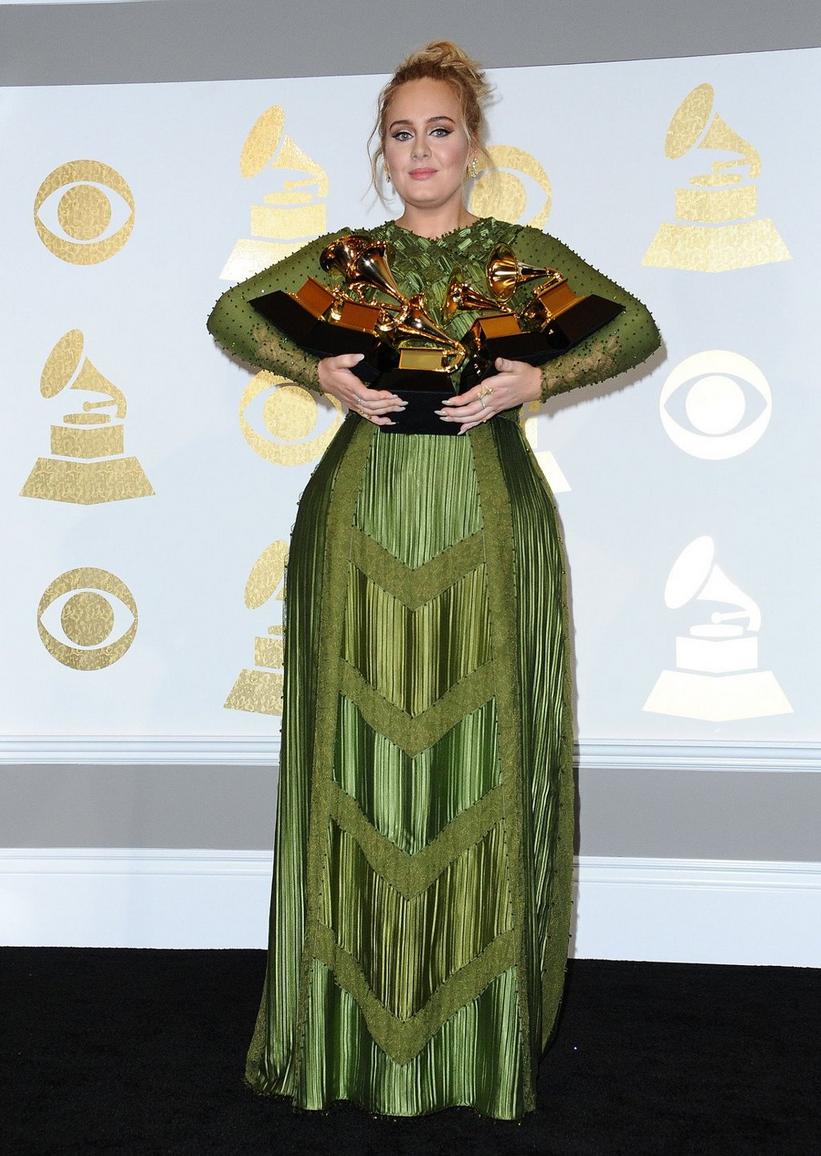 Reminisce about Adele's Album Of The Year GRAMMY-winning history

On the night of the 59th GRAMMY Awards, Adele not only won every award she was nominated for, she made GRAMMY history.

Like its predecessors, 2008's 19 and 2011's 21, her 2015 smash hit album 25 was based off the soulful British singer/songwriter's age at the time she wrote it. A comeback album of sorts, 25 marked the first time Adele said "Hello" in four years, and what a welcome "Hello" it was indeed.

Adele made the 59th GRAMMYs even more memorable with her performance of "Hello" opening the show, her now-infamous tribute to George Michael, during which she started the song over, and her heartfelt shout-out to fellow Album Of The Year nominee Beyoncé's GRAMMY-winning project Lemonade.

But Adele also underscored the team of collaborators, including producer Greg Kurstin, who helped make her comeback possible.

"As you can see, it took an army to make me strong and willing again to do it," Adele said during the acceptance speech for Album Of The Year. "I thank you all from the bottom of my heart."