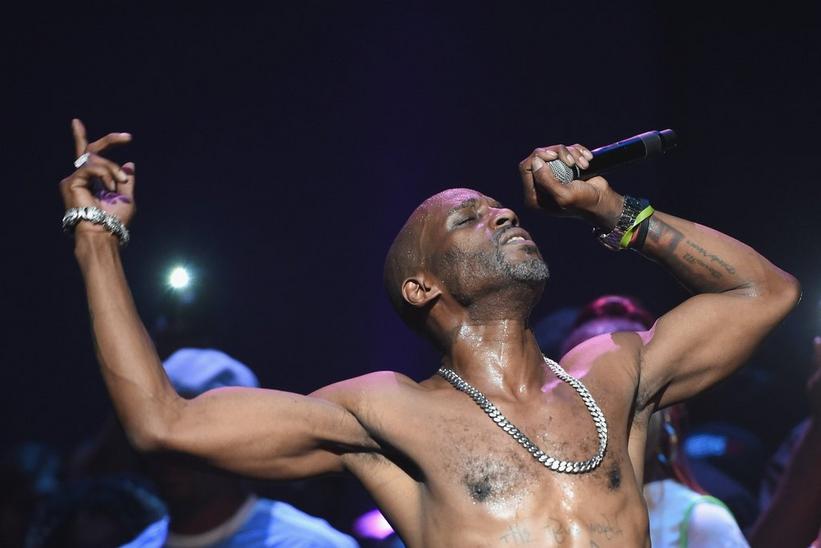 The music of the late Earl "DMX" Simmons was an expression of snarling, outward energy—and that ferocity came from tremendous personal hurt

Near the end of his life, DMX wept about something that happened when he was 14. Last year, on the show People's Party with Talib Kweli, the then-49-year-old told the story of Ready Ron, an MC who got him into rapping. "He was like an older brother to me," DMX said, "I didn't have any brothers." At that point, he lapsed into stunned silence. Ready Ron broke his trust, he said, by giving DMX—who had never done a drug—a joint laced with crack.

Even behind reflective sunglasses, humiliation and hurt visibly spiderwebbed across DMX's face, and he hung his head like a little boy. Tasked with counting money, he said, his mind seemed to shatter. "Why would you do that to a child?" the three-time GRAMMY nominee entreated, breathing heavily. "He was like, 30, and he knew I looked up to him. Why would you do that to somebody who looks up to you?"

The word is an apt metaphor for DMX's addictions, which saw to it that he rarely stayed out of trouble. He was perpetually under arrest—for tax evasion, driving without a license, drug possession, aggravated assault. But conversely, he was also a monster artist. Across eight albums, including classics like 1998's It's Dark and Hell Is Hot and Flesh of My Flesh, Blood of My Blood and 1999's ...And Then There Was X, DMX established himself as one of the most urgent, shocking, livewire MCs of all time.

He maintained that mantle until his death on April 7, following what his family called a "catastrophic cardiac arrest"—allegedly the result of an overdose—and days in a vegetative state. He was 50. "[We] are deeply and profoundly saddened by the loss of our brother Earl 'DMX' Simmons," his longtime label, Def Jam, said in a statement. "DMX was a brilliant artist and an inspiration to millions around the world. His message of triumph over struggle, his search for the light out of darkness, his pursuit of truth and grace brought us closer to our own humanity."

Earl "DMX" Simmons was born on December 18, 1970 in Mount Vernon, New York, and grew up in Yonkers. As a child, he survived severe asthma and regular beatings from his mother and her paramours; at one point, she reportedly knocked out his teeth with a broom handle. As DMX grew older, he began stealing cars and robbing homes, often abetted by vicious dogs. He spent a year and a half in a home for vulnerable children, later bouncing between youth group homes and juvenile detention centers.

What was a lamp in this dark existence? Music—which DMX was exceptionally precocious at. While at a boy's home, he showed aptitude for beatboxing, which led to his association with Ready Ron—and oftentimes the pair switching roles. Deeming himself "DMX" after the name of an Oberheim drum machine he used, the asthmatic kid consolidated his rage and transformed himself into an attack dog on the mic.

Across those three classic horror-rap albums—and right up to his last, 2015's Redemption of the Beast—DMX achieved violent, joyful catharsis. He could boast, like on "Get At Me Dog," "Party Up (Up in Here)," and "What's My Name?"; peer inward, as on "Slippin'"; and grapple with God, as on "Ready to Meet Him." In fact, during the COVID-19 pandemic, he claimed to have read the entire Bible. When the Houston Press asked what came out of that, he replied, "Peace."

We'll never know how deeply that peace permeated DMX. That said, turn up his most ferocious albums, and it's clear the MC had the ineffable ability to transmute pain into power.

For The Record: How The Fugees Settled 'The Score' 25 Years Ago