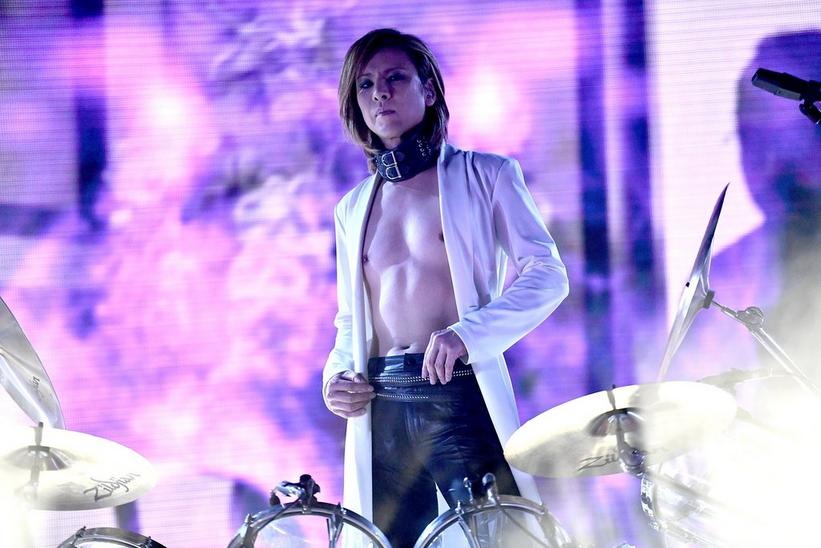 The X Japan drummer discusses playing the popular SoCal festival at the same time as Beyoncé, his band's new documentary and his love for David Bowie

X Japan made their big Coachella debut this past weekend in Indio, Calif. On April 17, the band's drummer, Yoshiki, was the featured guest on Steve Jones' KLOS-FM radio show "Jonesy's Jukebox," where the two discussed everything from favorite rock bands, to X Japan's history, to what it was like going on stage the same time as Beyoncé's instant classic set.

"I wanted to see Beyoncé," said Yoshiki "Originally, we were supposed to be playing a few bands before Beyoncé. I'm gonna rock hard, get drunk, and then watch Beyoncé, that was my plan [laughs], but now we're playing the same time."

X Japan returns to Coachella for weekend two this Saturday, and Yoshiki teased a special guest during X Japan's set. Although he wouldn't reveal the guest's identity, he did say he is "very shocking."

Yoshiki also talked about the band's new documentary, We Are X, including the incredible story of X Japan's breakup and reunion, the mysterious death of their former guitarist, and using holograms on stage. He and Jones also discuss their mutual respect for David Bowie, who Yoshiki cited as his favorite artist, the Sex Pistols' legacy and how both artists' tumultuous childhoods led them to a find an outlet in rock and roll.