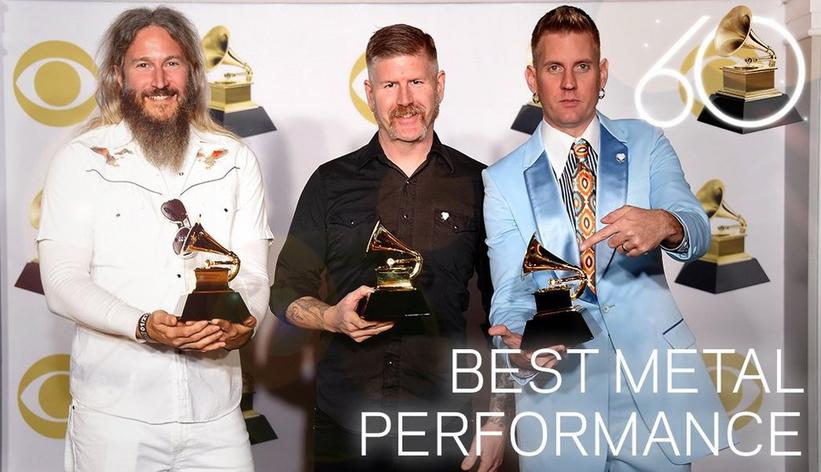 Mastodon won Best Metal Performance at the 60th GRAMMY Awards for "Sultan's Curse" from their latest album, Emperor Of Sand. This marks the band's first career win. The band were understandably thrilled, and quick to thank their heavy influences for paving the way, including Judas Priest and Black Sabbath.

"Sultan's Curse" is a track off Mastodon's conceptually heavy Emperor of Sand album, which was also nominated for Best Rock Album. Emperor... follows 2014's Once More 'Round The Sun, which spawned a Best Metal Performance GRAMMY nomination for the song "High Road."

While Mastodon exudes a jovial nature, the songwriting behindEmperor Of Sand was largely influenced by tragedy that touched their lives.

"Some of the closest people to us were in the middle of some battles with cancer and some heavy-duty illness," said drummer/vocalist Brann Dailor. "If we were open and honest with everyone about what the record was about, then we knew that it could maybe have a positive impact with someone else."