Global Spin: Katerine Duska And Leon Of Athens Premiere "Babel," A Bilingual Tale Of A Love Lost In Translation

Frequent songwriting partners Katerine Duska and Leon Of Athens grapple with a relationship full of miscommunication in this emotional duet, which they debut with a powerful Global Spin performance.

"Can I love you a little more clearly?" Katerine Duska and Leon of Athens sing in the emotional chorus of their new song, "Babel." "Can we get it right? Can we talk another night away?"

In this episode of Global Spin, the two pop singers — and frequent songwriting partners — effortlessly trade off between Greek and English in a compelling performance. But as beautiful as the bilingual, harmony-driven duet may be, "Babel" chronicles a fraught relationship where, ultimately, the love gets lost in translation.

"Babel" brings the two lovers back to where they started: Frustrated and failing to see eye to eye, but still invested in one another. That narrative pairs with an equally passionate, string-filled sonic backdrop in this song, which Duska and Leon of Athens premiere on Global Spin.

The song's visual component further underscores its message. Duska and Leon of Athens perform the song from a bed, surrounded by candles and rippling water. As they wrestle through their disagreements — both lyrically and physically — the two artists make an attempt to find tenderness, but their best efforts dissolve into frustration and disconnection.

The bilingual duo have co-written several times in the past, and they're no strangers to performing together, either. Their first duet, "ANEMOS," came out in 2019; a year later, the pair released another collaboration, "Communication."

Press play on the video above to get a first look at the latest collaboration between Katerine Duska and Leon of Athens, and keep checking GRAMMY.com every Tuesday for more new episodes of Global Spin. 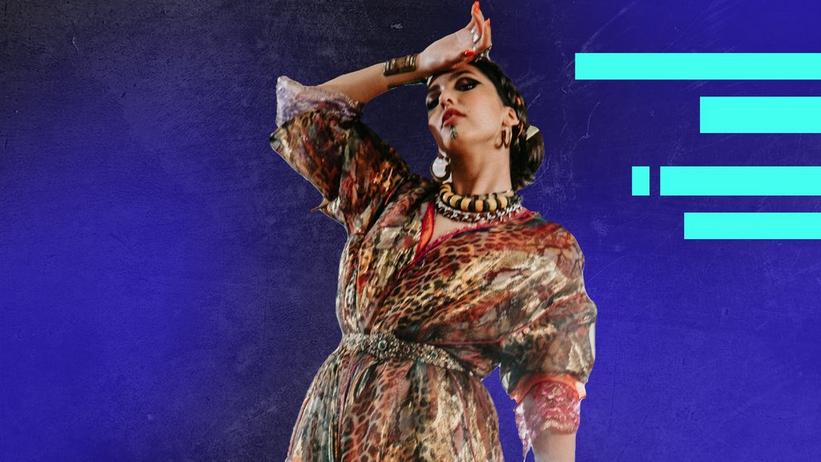 Moroccan pop singer Manal never expected to have a full-time career as a performer. She balanced her appearance on the Lebanese reality competition series Star Academy with her business and finance studies before eventually pursuing a Master's degree and a Ph.D.

But after a whirlwind few years of posting covers on YouTube and independently releasing music, Manal signed with Sony Music Middle East and skyrocketed to fame with her major label debut single, "Taj," in 2018. She's since released her first album, 360, in 2021, and was featured in the 2022 FIFA World Cup soundtrack.

In this episode of Global Spin, Manal enters her next chapter with a premiere of her newest release, "7iya." Clad in traditional jewelry, she pays homage to her Moroccan heritage as she simultaneously sings in her native language, Arabic. The simplistic set allows Manal's vocals to take center stage as she dances slowly around an empty white room.

"7iya" is the second single from Manal's upcoming second studio album, following the release of "3ari" in March 2022.

"My second album is even more important to me than my first one," she teased in an interview with L'Officiel Arabia. "You're going to be able to get to know another aspect of my personality in this project."

Press play on the video above to watch Manal's exclusive performance of "7iya," and keep checking back to GRAMMY.com every Tuesday for more new episodes of Global Spin. 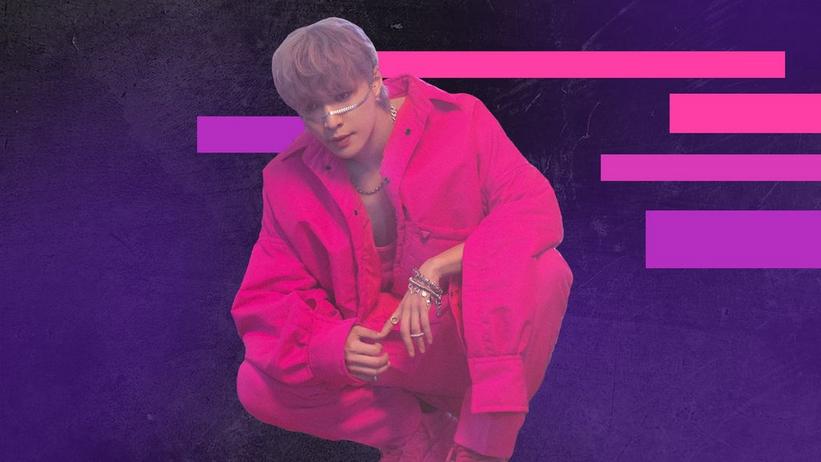 Global Spin Live: LAY Combines East And West With A Magnetic Performance Of "Veil" At The GRAMMY Museum

With every release, singer/songwriter LAY has paid homage to his Chinese heritage. His latest EP, West, is no different, as he croons over the sounds of traditional instruments.

Released as a sequel to his 2021 EP, East, West continues LAY's global exploration and comprehension of western culture through the lens of his upbringing in China. "I'm a proud Chinese person first before an artist," LAY detailed in a media conference. "I just want to share the good things about my culture. I hope it inspires others to do the same."

In this episode of Global Spin Live, LAY offers a highly energetic performance of West's lead single, "Veil," at the GRAMMY Museum. He smoothly transitions between English and his native language, Mandarin.

It's a metaphor for LAY's multicultural mindset that's not only manifested in his lyricism, but additionally in the song's choreography and production; he balances contemporary hip-hop moves with the soft tapping of the Chinese erhu.

Though West presents two versions of "Veil" — one in Mandarin and one predominantly in English — LAY performs the latter on the GRAMMY Museum stage. "'Veil' is [asking listeners to] be more real. Take off your mask and show me the real you," he shares, further emphasizing the message of "Veil" that encourages listeners to share our most authentic selves.

Global Spin Live is held in conjunction with GRAMMY Museum and GRAMMY.com as a live event extension of the popular online series, Global Spin, showcasing Global Music artists. Press play on the video above to watch LAY's suave performance of "Veil," and check back to GRAMMY.com for more episodes of Global Spin.

It Goes To 11: The Rose Introduces The Acoustic Guitar That's Been Part Of Their Career Since The Beginning 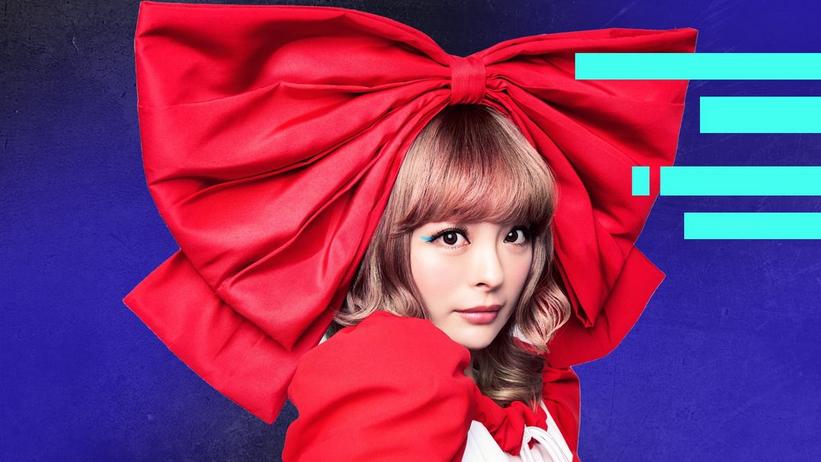 "I don't really have that much of a negative [perception] of being viewed as a kawaii culture icon," she told NYLON magazine in 2021. "That shows what Kyary Pamyu Pamyu is for a lot of people: it's this character that lives in the virtual world." And, with her fifth studio album, Candy Racer, the Kyary Pamyu Pamyu character lives on.

In this episode of Global Spin, Kyary Pamyu Pamyu delivers a vibrant performance of the album's title track. As she sings under colorful flashing lights and images of soundwaves, the kawaii persona shines through with playful  vocals and signature Japanese decora fashion.

Candy Racer arrived in 2021, which marked 10 years since Kyary Pamyu Pamyu's debut. Like the colorful performance, the album takes inspiration from iconic anime Vocaloid voicebanks like Hatsune Miku. Candy Racer is her first release under Nippon Columbia's KRK Lab, a record label created and owned by the star herself.

Press play on the video above to watch Kyary Pamyu Pamyu cruise through the Japan neon in this hypnotizing performance of "Candy Racer," and keep checking back to GRAMMY.com every Tuesday for more episodes of Global Spin. 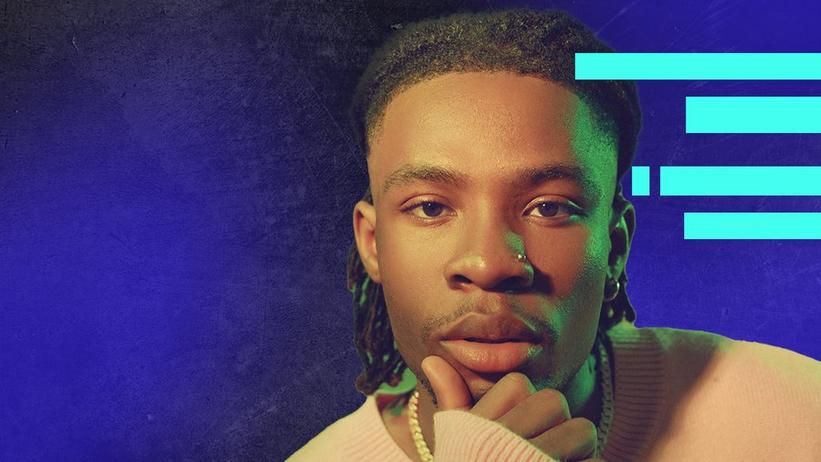 Rising Afropop star Joeboy chronicles the highs and lows of a complicated relationship in "Contour," a single that he describes as a "feel-good heartbreak song."

Joeboy traces the trajectory of a doomed relationship in his song "Contour," a haunting, piano-driven ballad that doesn't shy away from the paradoxical complexities of a love story that is fraught and painful — but ultimately still worthwhile.

"A contour is something that is not straightforward, that's not symmetrical, not a straight line," the singer said in a statement. "This song deals with the contour of a relationship. It's a heartbreak song, but it's a 'feelgood' heartbreak song."

In this episode of Global Spin, Joeboy brings all the counterintuitive details of his song to life with a moody performance of "Contour." He stands at a microphone, singing under a spotlight next to a small table decorated with a vase full of blue flowers. Fog and darkness surround him, but peeking out of the shadows, the viewer can see glimpses of the instruments being played by his backing band.

While the main focus is on the song's story, a melodic accompaniment from a keyboard helps up the drama, as does the soft addition of a string section. Altogether, Joeboy paints an angsty picture of a breakup in his song, focusing on the complexities that made a relationship worthwhile — even as he faces its demise.

"Contour" arrives as Joeboy sees a massive career upswing thanks in part to his 2021 megahit, "Sip (Alcohol)," which has netted over 400 million streams. The Nigerian singer also expanded his global reach in 2022, embarking on his first U.S. tour early in the year.

Aside from "Contour," Joeboy also released his single "Likkle Riddem" this year. Both songs preview his upcoming album, Pon Deck, which is due in early 2023.

Press play on the video above to watch Joeboy's moody performance of "Contour," and check back to GRAMMY.com for more episodes of Global Spin.