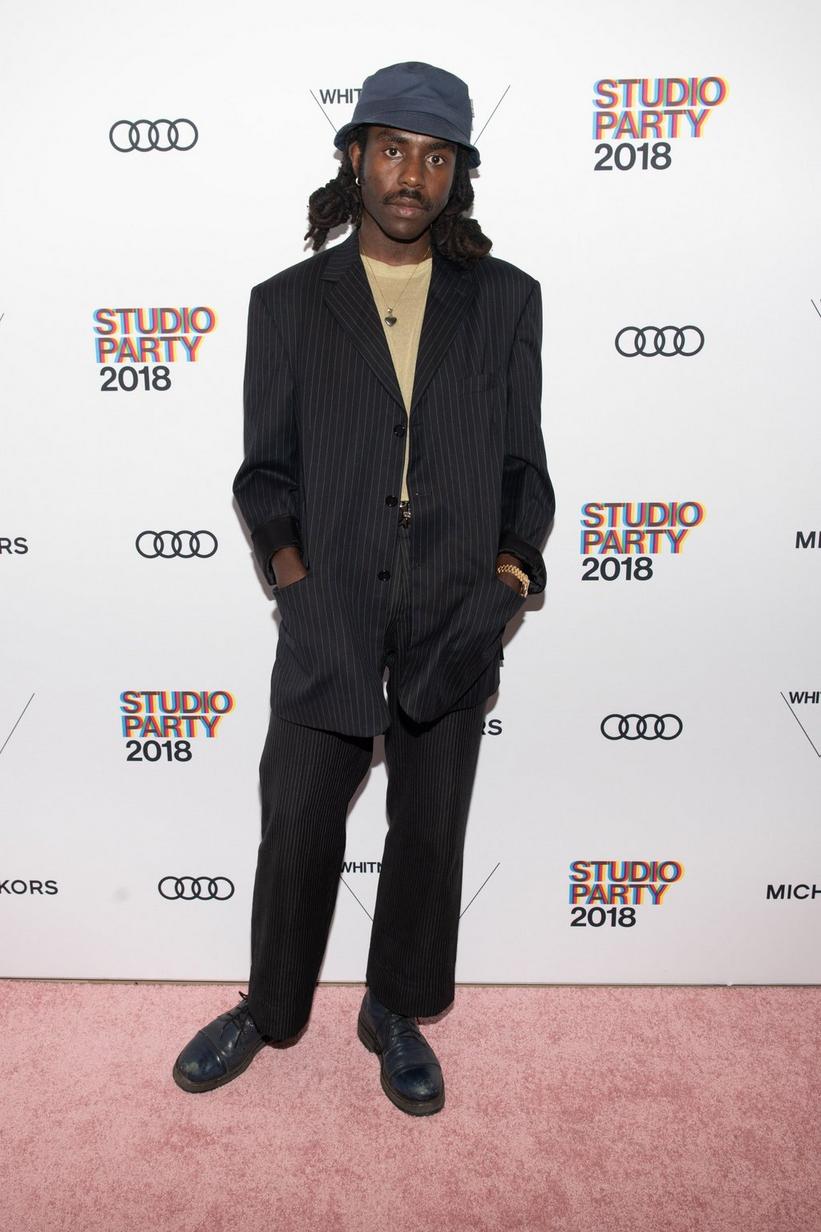 How Collaboration And A Little Magic Made Blood Orange's 'Negro Swan'

The musician and producer Dev Hynes, best-known for his indie electro R&B project, Blood Orange, released Negro Swan on Aug. 24, his fourth LP under that moniker. Not unlike his music career, the album brings together an unexpected group of collaborators which together showcase Hynes' creative vision and unique voice in an organic way.

The third single from the album, "Saint" highlights Hynes' masterful collaboration skills. The song features the voices of four other artists, including the indie-rock band Porches, all of which were recorded in different studios at different times. The music video, like many of his, including for "Jewelry," was directed by the multi-talented (yet impossible to label) artist himself.

Thanks to circumstances even Hynes himself may never know, with perhaps an almost magic text message, Hynes was able to get a dream collaboration on "Hope." The track fits its title, with the one and only Puff Daddy offering hopeful spoken-word messages throughout the song.

"What is it going to take for me not to be afraid to be loved the way, like, I really wanna be loved?…You give me that hope that maybe one day I’ll get over my fears and I’ll receive,” Puff says on the track.

In an interview with Pitchfork, Hynes shares how the collab came together rather serendipitously. "While working on that song, I started doing fake Puff vocals, because I thought it sounded like that to me. And then I was like, 'It’d be kind of cool if it actually was Puff.' So I sent him a text, like, 'I did this track, do you want to do this vocal part?' And he replied, 'Send it.' He sent back his vocals, like, 20 hours later," he shared, almost in awe himself of how it came together.

The second single from the album, "Jewelry," feels like an organic stream of consciousness with distinct parts, a distillation of the album's themes and perhaps the artist's life experiences as a whole. Hynes' said that his label had been on him to get album art, but he had a gut feeling that the right image to represent the album would come from the shoot, and indeed it did. He wanted to work with Kai the Black Angel in the video, and a stunning image of him from the video shoot, wearing angel wings through the streets of New York, became the Negro Swan cover art.

Clearly the artist knows when to trust his intuition and let the art flow naturally. If more evidence of this was needed, one could point to him featuring writer/director/activist Janet Mock as the narrator on the album, offering her insights on the albums themes across many of the tracks. Her voice and perspective offers a deeper cohesion to album, yet Hynes shares that her words were taken from a conversation they had one day in his studio when their paths crossed in New York; he shared his Negro Swan inspiration notebook with her and recorded her thoughts on it.

While Negro Swan has recently created a lot of buzz around Hynes, and for good reason, he is no stranger to the music industry, having spent a lot of time behind-the-scenes writing and producing for a wide range of artists across genres, including GRAMMY winners Kylie Minogue, Solange, Basement Jaxx, and Chemical Brothers on "All Rights Reserved" from their GRAMMY-winning We Are The Night. There must be more than a little magic and a whole lot of creative vision behind what he makes feel almost effortlessly natural.