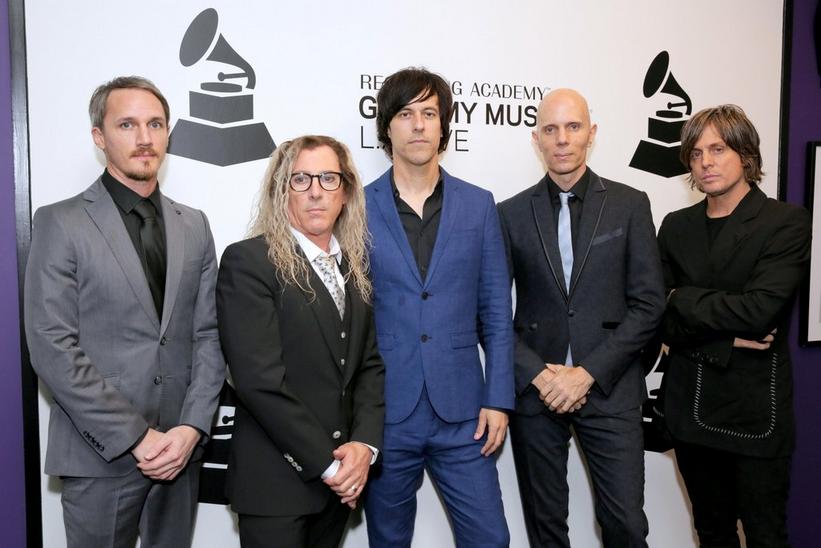 The supergroup returned with a new album 'Eat The Elephant,' 14 years since their last. They filmed a special album-length video for the release, and today we premiere the video for the emotive title track

A Perfect Circle released their fourth studio album, Eat The Elephant, on April 20, 2018, 14 years after they put out their last album, Emotive. Their latest video for the album's title track is an emotive opening to the new album, with lead singer and songwriter Maynard James Keenan's haunting vocals supported by flowing, piano-filled notes by Billy Howerdel, the group's lead composer and guitarist. The group shot an innovative album length film for their new release, for which we see the first segment of in the new video for "Eat The Elephant."

Always ones to put exquisite attention detail in their art, the rock group didn't hold back on their return to making music as A Perfect Circle. They worked with innovative filmmaker Steven Sebring to create a 58 minute film for the full album. The film was shot with Sebring's high-tech 360 degree circular camera system, creating what they are calling the "world's first hologram album." The latest video for "Eat The Elephant," premiering here today exclusively on GRAMMY.com, is a piece from the storyline of the new film.

The video is strange and intriguing, fitting for Keenan's piercing vocals, which begin with him singing; "Looming, omnipresent/This task ahead/This task at hand/Ominous and daunting." In the video we see a young girl sitting on a rotating bed, looking into a handheld projector. It gives you taste of the content of the album's full film, albeit in 2D, which takes you on a journey through the eyes of the same young girl across all 12 songs of the album.

"It's not so much a music video, so much as a companion piece to the song. I mean it is a video, but it's not," Howerdel recently told the Recording Academy. "Steven [Sebring] has this amazing loft in New York City, he's got this 360 degree camera array in there. We shot the album cover photos of Maynard and I there, and then he did the other video content. It's just amazing…It was an interesting process to see of how that booth worked."

The hologram film can only be viewed in 3D through a special prism placed on top of a smartphone. Watching it through the small silver pyramid-shaped device, which is available with the deluxe box set of Eat The Elephant, is next level visuals, like a live message being transmitted from another dimension, or from someone otherworldly.

"Having Maynard and Billy’s trust to create this for A Perfect Circle was a true artist's dream," Sebring shared on his site. "Their 14-year break allowed technology to catch up with their groundbreaking music and gave me the chance to apply new ideas of dimensional capture to this stunning album."

"It's incredibly refreshing to meet someone as bananas as I am," Keenan told Revolver. "Steven Sebring is my kind of eccentric. Top notch, Mr. Sebring. Top notch."

Last night, at An Evening With A Perfect Circle at the GRAMMY Museum on Oct. 10 Keenan and Howerdel discussed their creative process on the new album, the new film and played some new material to an intimate group of fans. Keenan shared "it was just time" to make music together again.

The group continues their tour in support of the new album, with dates across the U.S. ending in Phoenix on Nov. 20, then crossing the pond over to Europe in December. More information on the tour as well as the special album box set can be found on the band's website.