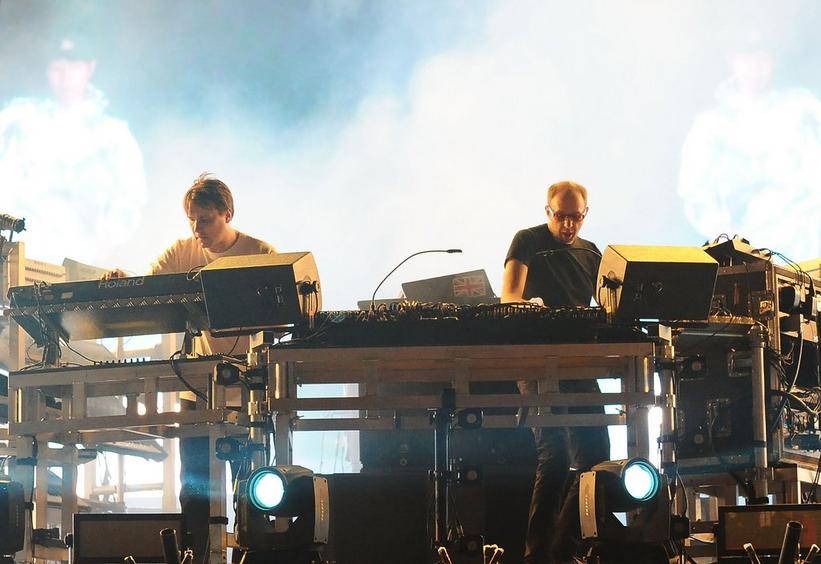 The Chemical Brothers Want To Help You "Free Yourself" With New Album, World Tour

Following the release of a new instant-classic single, the GRAMMY-winning electronic duo announce an upcoming ninth studio album, plus their first U.S. tour since 2015

British producers Tim Rowlands and Ed Simons have been making groundbreaking electronic music hits since the '90s as The Chemical Brothers. They're back this year with new music that will bring the world more industrial bangers not heard since their 2015 GRAMMY-nominated album, Born In The Echoes. They have announced their upcoming ninth album, No Geography, due out in 2019, and will also be embarking on a limited-run world tour, that will bring their music to a U.S. audience for the first time since 2015.

The Chemical Brothers have announced their new album 'No Geography’ to be released Spring 2019! Also announced - UK live arena dates (on sale Fri 30th Nov at 9 am) & U.S. and Mexico live dates (on sale Dec 7 at 10am PST): https://t.co/OCthig0m4R #TheChemicalBrothers #NoGeography pic.twitter.com/oKkoSX6o8c

On Nov. 19 the group revealed the new album's release date is currently slated for "Spring 2019," and their latest track, "Free Yourself," released on Nov. 14 with a robot-filled video, has been confirmed to be its lead single. The group also announced their North American tour dates that will begin in Mexico City on May 12, followed by two shows in Los Angeles and one in San Francisco. No further U.S. dates are currently set, although the duo will be performing five dates in their home country of the U.K. in November.

The U.S. shows will feature support from house and techno legend, DJ/producer The Black Madonna. Additionally, plenty of lasers and futuristic visuals can be expected. In the statement on their website they noted that tour visuals will be led Adam Smith and Marcus Lyall, who have collaborated with them on prior tours and videos, including bringing huge, laser-shooting robots to life on stage.

On the theme of robots, "Free Yourself" is a dancefloor ready track, with robotic female vocals asking listeners to simply "free yourself…dance." A variation of those words plays over a consistent, driving beat evocative of a laser show that builds up over the song. The single points to what are sure to be some more futuristic classics on the upcoming album. Additionally, there's no doubt that this song would sound pretty amazing performed live and supplemented with lasers and a big LED screen, as The Chemical Brothers typically offer in their shows.

The duo has been hugely influential in the electronic music scene over the years. They are one of the pivotal groups that came out of the '90s U.K.-centric industrial house "big beat" sound that included other major acts including GRAMMY-winner Fatboy Slim and GRAMMY-nominated group The Prodigy. The duo's 1997 sophomore album Dig Your Own Hole earned them their first GRAMMY nod for Best Alternative Music Performance and first win for its classic single "Block Rocking Beats" at the 40th GRAMMY Awards. Interestingly enough, the single won for Best Rock Instrumental Performance that year, signaling the cutting-edge nature of the genre-crossing sounds they were producing at the time. Their music continues to inspire the next generation of electronic artists, with many citing them as major influences, like German DJ and producer Boys Noize.

More info on the 2019 tour is available on The Chemical Brothers' website.