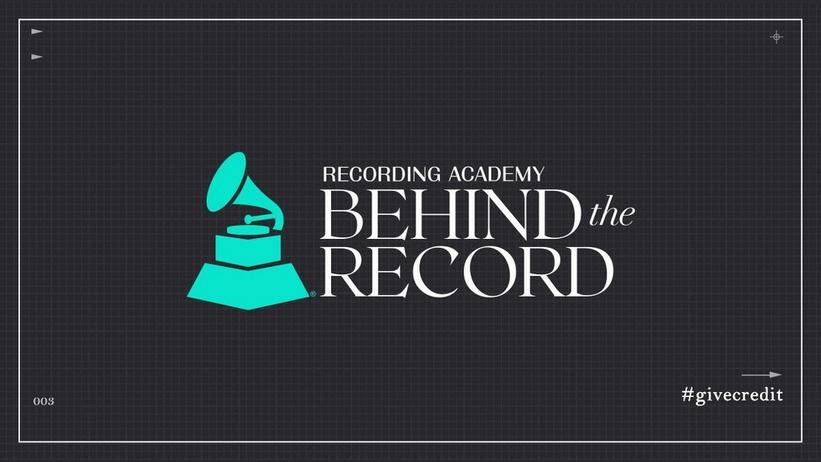 In the third annual Behind The Record initiative, the Recording Academy is giving credit to the creators behind our favorite records and is educating lawmakers in the process. Now, artists are getting in on the movement to #GiveCredit to creators.

Whether you pick up a new album by Olivia Rodrigo, FINNEAS, Coldplay, or any other artist today, what you're holding isn't merely the product of the artist on the sleeve. In reality, dozens, even hundreds of people collaborated in a blur of Google Docs and Zoom calls to get that music in your hands and ears — but they don't necessarily reap the same applause at the end of the day.

The Recording Academy is committed to reversing this paradigm. That's why we are presenting the third annual Behind The Record initiative, a global social media activation aimed at spotlighting the many producers, engineers, songwriters, composers, mixers, instrumentalists, and other creators who contribute to the music recording process. Their efforts are not lost on artists.

Learn More: The Recording Academy Announces 3rd Annual "Behind The Record" Initiative To Continue To #GiveCredit To Creators In Music

Today, music creators and artists like BTS, Jonas Brothers, Jennifer Hudson, Common, and others took to social media to support Behind The Record and celebrate all music creators.

Check below to see who got on board with Behind The Record to give creators behind the curtain the credit and acclaim they deserve.

Learn more about how the Recording Academy is spreading global awareness of music creators with Behind The Record. Follow and join the international conversation on social media using the hashtags #BehindTheRecord, #GiveCredit and #WeAreMusic.

Learn More About The Recording Academy's "Behind The Record" Initiative 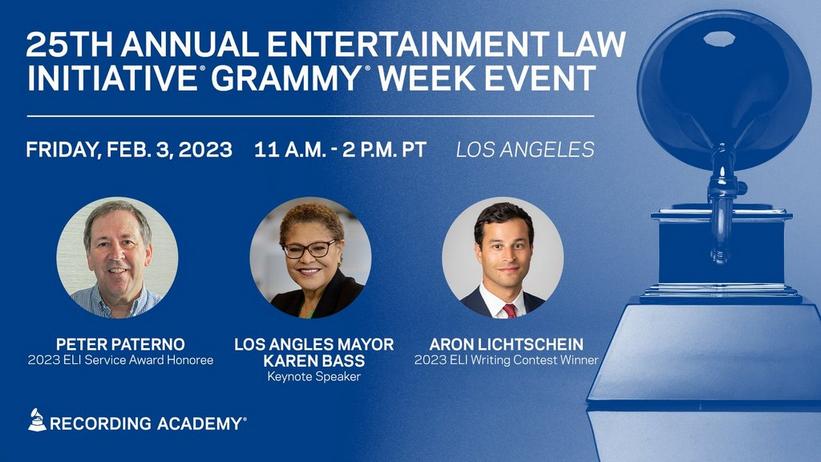 Ahead of the 2023 GRAMMYs, the Recording Academy Entertainment Law Initiative will welcome Los Angeles Mayor Karen Bass as the keynote speaker for its annual GRAMMY Week Event. Mayor Bass will join leaders in the legal and creative communities at the Beverly Wilshire Hotel on Fri, Feb. 3, as they celebrate the work of their peers and the year-round efforts of the Entertainment Law Initiative, which aims to encourage discussion and debate around the impact of legal affairs on the music industry.

"We are honored to welcome Mayor Karen Bass to the ELI GRAMMY Week Event as we gather and celebrate with the trailblazing professionals and students who are paving the way forward in the entertainment law industry," Recording Academy CEO Harvey Mason jr. said. "Mayor Bass has been a longtime supporter of music creators' rights in her legislative roles, and she has a unique understanding of how the creative industries intersect with law and policy that we look forward to hearing at this year's event."

"I'm proud to support GRAMMY Week because of the role that our entertainment industry plays in powering our local economy and to encourage efforts to increase equity and opportunities for Angelenos to break into the music business," Mayor Bass said.

The event will also honor the winner and runners-up of the Entertainment Law Initiative Writing Contest, co-sponsored by the American Bar Association (ABA). The contest challenges students in Juris Doctorate and Master of Laws programs at U.S. law schools to research a pressing legal issue facing the modern music industry and outline a proposed solution in a 3,000-word essay. The winner of this year's Writing Contest is Aron Lichtschein, a JD student at NYU School of Law, for his essay, "Tickets to Ride: NFTs and the Future of Concert Ticketing." Lichtschein will receive a $10,000 scholarship as well as tickets to the 2023 GRAMMY Awards and other GRAMMY Week events. As well, his essay will be published in the ABA's journal Entertainment & Sports Lawyer. Runners-up Gina Maeng and Amanda Sharp, students at Georgetown Law School and University of San Diego School of Law, respectively, will each receive $2,500 scholarships for their essays.

The Recording Academy announced last month that Peter T. Paterno, Partner at King, Holmes, Paterno & Soriano, LLP, will receive the 2023 Entertainment Law Initiative Service Award at the ELI GRAMMY Week Event; the award is presented each year to an attorney who has demonstrated a commitment to advancing and supporting the music community through service.

Where, What Channel & How To Watch The Full 2023 Grammys 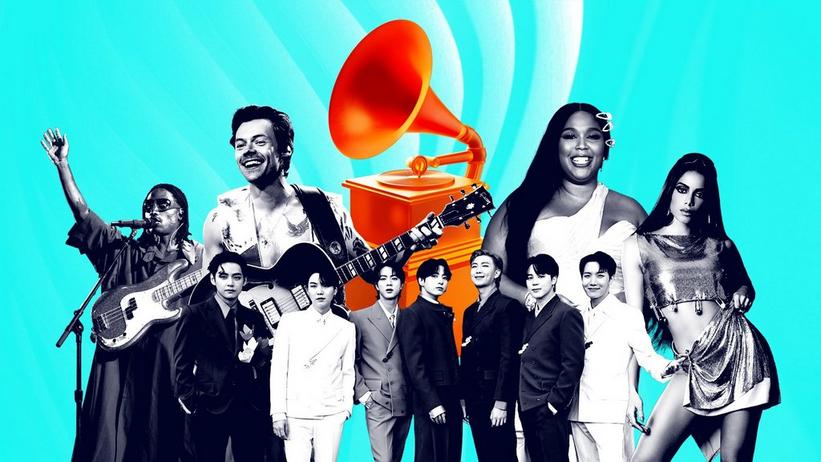 Get to know this year's nominees with the official 2023 GRAMMYs playlist, presented in partnership with Amazon Music, which features 115 GRAMMY-nominated songs across pop, rap, country, and beyond from today's stars.

With the 2023 GRAMMYs less than a month away, excitement is bubbling over in the music community.

Whether you're rooting for innovative newcomers like Wet Leg and Omar Apollo or beloved legends like Beyoncé and ABBA, there is an abundance of spectacular talent to be celebrated this year. And the 2023 GRAMMY nominees are not only leading music, but they’re creatively transforming genres, from rap to alternative to reggae — and beyond.

To let the music speak for itself, stream the official 2023 GRAMMYs playlist, presented in partnership with Amazon Music, which features 115 GRAMMY-nominated songs across pop, rap, country, and beyond from today's stars, including BTS, Harry Styles, Kendrick Lamar, Lizzo, and many, many more.

Get to know this year's nominees by listening to their biggest hits and GRAMMY-nominated works on this immersive Amazon Music playlist — and tune in to CBS and Paramount+ on Sunday, Feb. 5 to experience Music's Biggest Night live.

Where, What Channel & How To Watch The Full 2023 GRAMMYs 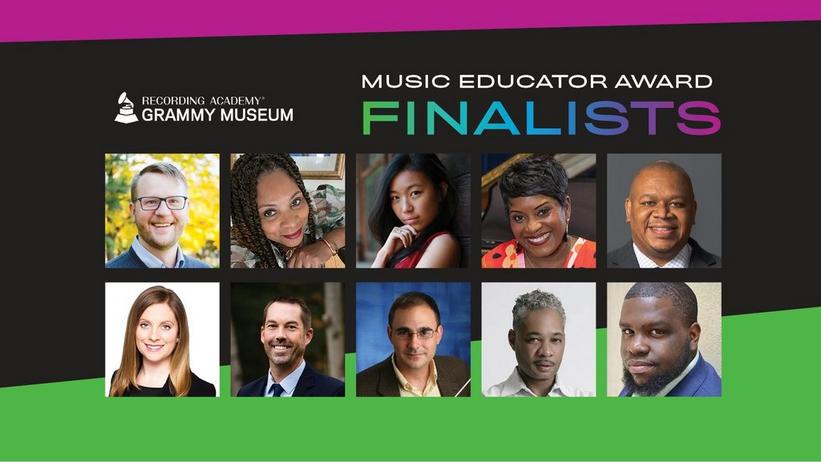 Graphic by the GRAMMY Museum

A total of 10 music teachers have been selected as finalists for the the 2023 Music Educator Award, presented by the Recording Academy and GRAMMY Museum, which recognizes educators who have made a significant contribution to the music education field.

The annual Music Educator Award recognizes current educators who have made a significant and lasting contribution to the music education field and demonstrate a commitment to the broader cause of maintaining music education in the schools. The recipient will be recognized during GRAMMY Week 2023, which takes place ahead of the 2023 GRAMMYs, officially known as the 65th GRAMMY Awards.

The Music Educator Award is open to current U.S. music teachers, and anyone can nominate a teacher — students, parents, friends, colleagues, community members, school deans, and administrators; teachers are also able to nominate themselves. Nominated teachers are notified and invited to fill out an application.

The matching grants provided to the schools are made possible by the generosity and support of the GRAMMY Museum's Education Champion Ford Motor Company Fund. In addition, the American Choral Directors Association, National Association for Music Education, NAMM Foundation, and National Education Association support this program through outreach to their constituencies.

Nominations for the 2024 Music Educator Award are now open.

See the full list of the 2023 Music Educator Award finalists below: