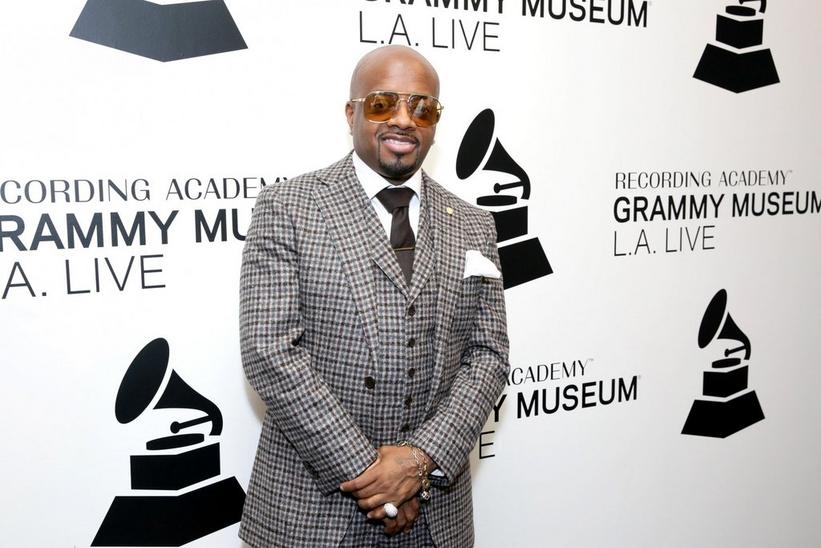 Atlanta's Finest: How Jermaine Dupri And So So Def Amplified The ATL Sound

In a conversation at the GRAMMY Museum to launch the new exhibit celebrating 25 years of So So Def and Dupri, Dem Franchize Boyz share "He took our career to a whole 'nother level"

GRAMMY-winning writer/producer/rapper/label-owner Jermaine Dupri visited the GRAMMY Museum on Sept. 20 to celebrate the launch of its newest exhibit, Jermaine Dupri & So So Def: 25 Years of Elevating Culture.

As part of the kick-off for what is the first R&B label exhibit at the museum, Dupri sat down with the museum's Artistic Director Scott Goldman to get into the nitty-gritty of his prolific career in music and the impact of So So Def Recordings on hip-hop and R&B in Atlanta and beyond, bringing several special guests on stage to share their personal stories of the influence Dupri had on them.

Dupri has clearly been hard at work the last 25-plus years, given that he has been a part of 33 No. 1 hits and 56 top 10 hits – and he's not slowing down. To celebrate 25 influential years of his So So Def label, which he founded in 1993, he released a new compilation album this summer featuring three songs previously unavailable digitally, helped bring the details together for the new GRAMMY Museum exhibit, and planned a label tour to kick off next month.

"It's pretty amazing…I know for me I didn't even remember half of this stuff I'm looking at. It's just like damn, we did this?" -Jermaine Dupri

For a man that moves so fast and is influencing so many others at any given time, it can be difficult to find the time to stop and relish in past accomplishments. Last night he was finally able to reflect on and celebrate his and his label's achievements over the years, along with several of the artists that were a part of it. Dupri clearly uses his gifts and his vision to shine a light on those around him, as he has done with so many artists that he helped develop, write and produce songs for or advance their careers. The common thread along all of what he does is that he genuinely honors the artist within for everyone he works with in whatever stage they are at, and he takes the time to truly understand who they are and who they can become, often seeing what other people miss.

While most people who know even a little bit about the story of Dupri and So So Def know his discovery of young teens Kris Kross put him on the map, the details of how he developed them into No. 1 artists are often overlooked. Dupri went in-depth on the two years it took from initially meeting the then-12 year olds, Chris Kelly and Chris Smith, at the local mall in Atlanta, to grooming them into one of the biggest hip-hop duos of the day, when they released their debut No. 1 single, "Jump."

Dupri explained how he saw them walking around the mall with plenty of swag, they weren't actually rapping or passing out CDs – in fact, at that time, they had no idea that they would become Kris Kross. He shared that when he noticed them and asked him what they did, one responded "We just cool." While he was only 19 himself at the time, he knew that he saw something in them and gave their mom his number, eventually spending time with the boys hanging out and bringing them songs he had written for them. He went through many songs before putting it all together on "Little Boys In The Hood." In that moment, the boys' vision of who they could be began to align with the one Dupri had been developing over the past year or so, and the rest is history.

As all in the audience were witness to last night at the GRAMMY Museum, that is where Dupri's magic lies – it goes deeper that just having a vision, but involves really getting to know each person he works with until he discovers exactly how to help them shine as brightly as possible.

When Goldman asked why it was – and has remained – so important to him to stay in Atlanta, Dupri explained that the city has always been musically and culturally vibrant.

"I always felt what Atlanta is today, I felt that energy in the '90s," Dupri shared. "One of the most interesting things about Kris Kross that I hate that people don't really pay attention to a lot, is that Kris Kross is from Atlanta."

Yet the multi-talented icon doesn't just discover and shape new talent into future stars, as we heard from So So Def artists themselves, when Parlae and Pimpin' from Dem Franchize Boyz, Kyle Norman, Richard Wingo and brothers Brandon and Brian Casey of Jagged Edge, Da Brat and Anthony Hamilton joined the stage (along with music mogul Jon Platt). Both Jagged Edge and Da Brat said they sought out Dupri as the person they wanted to work with to make it big, and while it may have taken a bit of effort to get his attention, it would forever change their lives.

No matter who he is working with, Dupri honors the artist true self, allowing him to see what other people miss. We heard this first hand from talented artists who had been underappreciated by everyone else in the record business, including R&B singer Anthony Hamilton and Atlanta rap group Dem Franchize Boyz. Both shared how working with Dupri was different; he honored their talents and their unique sounds and didn't try to make them into something they weren't.

"He saw the raw talent and he heard it – he got it, he understood it, when most labels weren't listening," Hamilton said. "We worked on a few songs and he got it, we put it out – [my] first platinum album."

As Pimpin' of Dem Franchize Boyz said "He took our career to a whole 'nother level." Before they worked with Dupri, they were already huge in the Atlanta scene with their single "White Tee," which Dupri remixed. Luckily for all of them, Universal dropped the Boyz because they felt their next single "Oh I Think They Like Me" was too similar to "White Tee." Dupri signed them and released a remix for the second single, bringing fellow So So Def artists Bow Wow and Da Brat on the track, which proceeded to go double platinum. Dupri knew they represented an important part of the musical quilt of Atlanta, and he was certainly right.

The exhibit will be on view until Jan. 2019. Tickets and more details can be found here.

Looking Back On Classic Songs Blessed By Jermaine Dupri