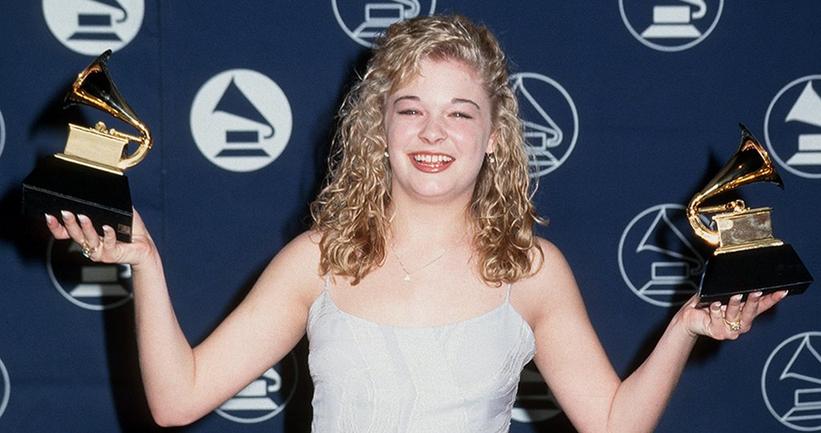 Country-pop sensation LeAnn Rimes made history in 1997 when she, at just 14 years old, became the youngest person ever to win a GRAMMY, taking home Best New Artist and Best Female Country Vocal Performance (for her rendition of "Blue," a cover of Bill Mack's 1958 track). Now, in our latest edition of GRAMMY Rewind, relive the moment where Rimes accepted her Best New Artists trophy:

"Oh my gosh, I never expected this at all. This award means more to me than anything in this world," Rimes said breathlessly in her acceptance speech.

Proceeds from the annual Person of the Year tribute, now in its 21st year, provide essential support for MusiCares.

The event, a private charity fundraiser, is attended by industry VIPs and others who help support the work of The Recording Academy-affiliated MusiCares Foundation, which offers programs and services to members of the music community, including emergency financial assistance. The MusiCares MAP Fund provides access to addiction recovery treatment and sober living resources for members of the music community regardless of their financial circumstances, and MusiCares Safe Harbor Rooms offer a support network to those in recovery while they are participating in the production of televised music shows, such as the GRAMMY Awards, and other major music events.

The MusiCares Person of the Year tribute is one of the most prestigious events held during GRAMMY Week. The celebration culminates with the 53rd Annual GRAMMY Awards on Sunday, Feb. 13 at Staples Center in Los Angeles. The telecast will be broadcast live on the CBS Television Network at 8 p.m. ET/PT. For information on purchasing tables and tickets to the event, please contact Dana Tomarken at 310.392.3777.