Latin superstar Marc Anthony got the crowd dancing with this high-energy performance of "Vivir Mi Vida" at the 14th Latin GRAMMY Awards in 2013.

Marc Anthony packed the stage with talent for his unforgettable performance of "Vivir Mi Vida" at the Latin GRAMMY Awards in 2013, delivering a dazzling onstage party that brought the audience to their feet.

In this episode of GRAMMY Rewind, turn back the clock to the November 2013 Latin GRAMMY Awards. A number of A-list performers took the stage that evening — Enrique Iglesias, Becky G and Pitbull, to name a few — but Anthony stood out with an amped-up, feel-good rendition of "Vivir Mi Vida."

The song, which was the opening track and first single from Anthony's 2013 album, 3.0, was a cover of Khaled's "C'est la vie," recast as a Spanish-language salsa song. "Vivir Mi Vida" is Anthony's biggest hit to date on Billboard's Hot Latin Songs chart, where it spent 17 weeks at No. 1.

When he took the stage at the Latin GRAMMYs, Anthony's performance was a true celebration. Backed by a horn section, a rhythm section, backup singers and drums, the singer danced around the stage against a backdrop of blue and orange geometric lights, beaming at the audience from behind his sunglasses as they clapped along.

"Vivir Mi Vida" was a crowd favorite that night, and it got some major love in the awards department, too: The song won Anthony a Latin GRAMMY for Record of the Year. To date, Marc Anthony has won 3 GRAMMYs and has received 9 GRAMMY nominations overall; he has won 7 Latin GRAMMYs and has received 20 nominations overall (he was also crowned the Latin Recording Academy Person of the Year in 2016).

Press play on the video above to watch Anthony's full performance of "Vivir Mi Vida" at the 2013 Latin GRAMMY Awards, and keep checking back to GRAMMY.com for more episodes of GRAMMY Rewind. 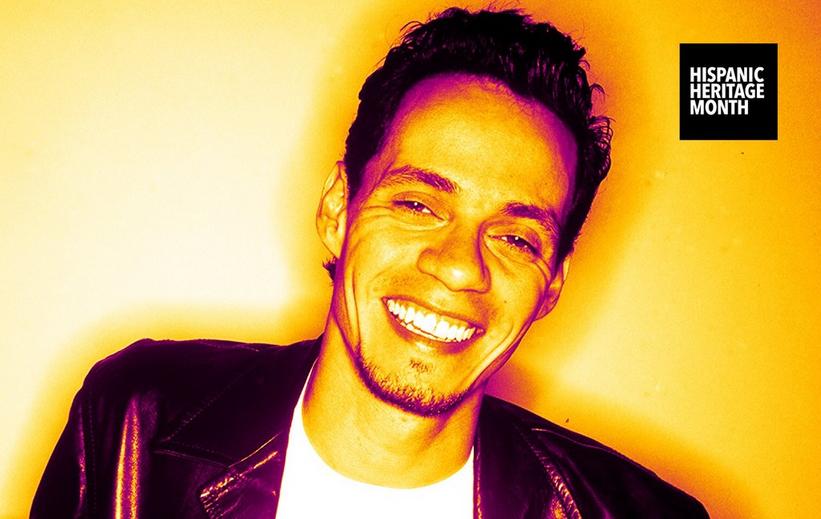 Thanks to the crossover popularity of Latin artists such as Ricky Martin, Enrique Iglesias and Shakira in the late '90s, salsa master Marc Anthony was soon to join the Latin hot flash with his first English crossover album, which was self-titled.

The result of Marc Anthony was not only his first Billboard Hot 100 Top 5 hit, "I Need To Know," but it also landed the singer his first-ever Latin GRAMMY Award, and the distinction of earning the very first Latin GRAMMY for Song Of The Year in 2000 for the Spanish version of the catchy tune, "Dímelo."

Anthony has gone on to win an additional four Latin GRAMMYs and two GRAMMY Awards. In 2016 he was honored as the Latin Recording Academy Person of the Year for his outstanding achievements as an artist and for his philanthropic work.