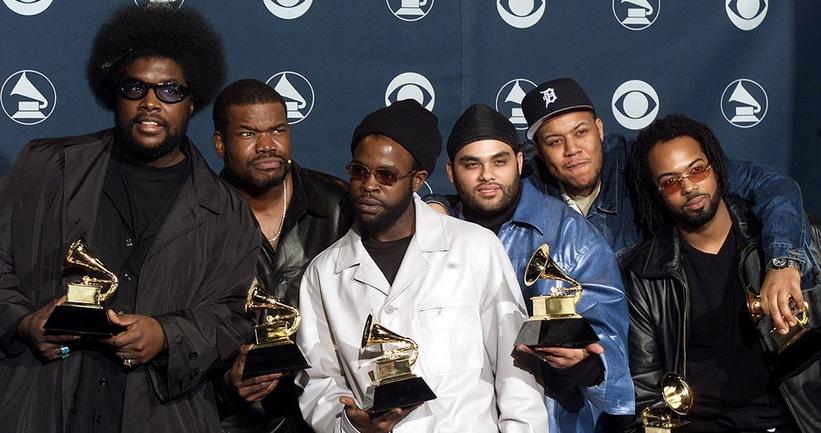 Before the Roots were omnipresent on NBC’s "The Tonight Show Starring Jimmy Fallon," the Philly hip-hop heavyweights led by Tariq “Black Thought” Trotter and Ahmir “Questlove” Thompson were a hungry, ambitious crew notable for incorporating live instruments and jazzy textures into an often sample-based form.

For the latest episode of GRAMMY Rewind, watch as the crew wins their first GRAMMY for Best Rap Performance By A Duo Or Group at the dawn of the new millennium. The band took home the award for “You Got Me” from their classic 1999 album Things Fall Apart. In the clip, they and their Soulquarians collaborator Erykah Badu elatedly accept the award with smiles visible from space.

The performance will feature some of the biggest names in hip-hop and is part of an initiative to honor the genre's 50th anniversary, in partnership with Mass Appeal.

This Sunday (Feb. 5), the 2023 GRAMMYs are going to honor the 50-year anniversary of hip-hop in a big way — courtesy of a bona fide Philadelphia legend.

On Jan. 31, six-time GRAMMY winner Questlove announced he is co-curating the Hip-Hop 50 tribute performance for the 2023 GRAMMYs.

The performance is part of an initiative to honor the 50th anniversary of hip-hop in partnership with Mass Appeal. The artist lineup will be announced in the coming days, but as Questlove hinted in his announcement, it will see "some of the biggest names from the genre coming together to celebrate hip-hop history — its past, its present, its future."

The artist lineup will be announced in the coming days; more info to come.

The 2023 GRAMMYs will be broadcast live from Crypto.com Arena in Los Angeles Sunday, Feb. 5 (8:00-11:30 PM, live ET/5:00-8:30 PM, live PT) on the CBS Television Network, and will be available to stream live and on demand on Paramount+. Be sure to open up live.GRAMMY.com during the show for a second-screen experience!

Check out Questlove's announcement below, and keep checking GRAMMY.com for more news ahead of Music's Biggest Night!