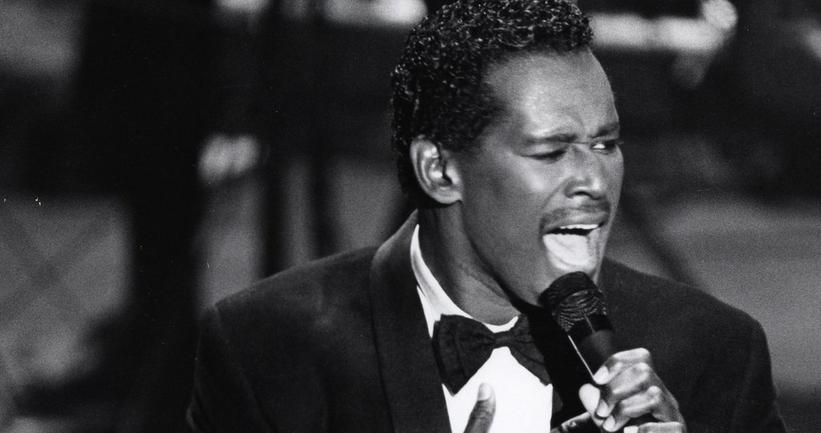 GRAMMY Rewind: Watch Luther Vandross Perform "Give Me The Reason" At The 1987 GRAMMYs

The late, eternal R&B king Luther Vandross is beloved for his timeless love songs sung with powerful conviction, exemplified in "Never Too Much," "Always and Forever" and many of his other hits. Yet he also poured his heart into some great breakup songs, like 1986's GRAMMY-nominated "Give Me the Reason."

Below, in the latest edition of GRAMMY Rewind, watch Vandross deliver a powerhouse rendition of "Give Me the Reason" at the 29th GRAMMY Awards while looking dapper in a tuxedo and bowtie number. Three backup singers rocking sparkly royal blue looks support the performance, complete with fierce sways.

"Give me the reason to want you back / And why should I love you again. / Do you know / Tell me how, how to forgive and forget," Vandross passionately inquires in the song.

Vandross released the track in 1986 as the lead single and title track of his fifth studio album. The track was also featured on the Ruthless People Soundtrack, released the same year. The film was a dark comedy starring Danny DeVito and Bette Midler and also feature music from Mick Jagger, Billy Joel, Kool & The Gang and others.

The hit '80s song was nominated for Best R&B Song and Best Male R&B Vocal Performance at the 29th GRAMMY Awards, moving his nomination total to six that year.

He received his first nominations at the 24th GRAMMY Awards, for Best New Artist and Best Male R&B Vocal Performance for Never Too Much. He won his first-ever golden gramophone, in that same category, for "Here And Now" at the 33rd GRAMMY Awards. He took home a total of eight GRAMMYs and 33 nominations during his illustrious career.