Best Buy Eliminates Napster Executive Positions
Best Buy announced the elimination of the CEO and president positions for Napster, which it acquired in September 2008, in an effort to streamline the music service's executive staff. As a result, Napster CEO Chris Gorog and President Brad Duea are no longer with the company. Christopher Allen, previously Napster's COO, has been reappointed as general manager of the music service. (1/7)

Thumbplay Launches Music Service
Mobile entertainment company Thumbplay has launched a new streaming music service available for both Web and mobile phone users. The service costs $10 per month and includes content licensed from all four major labels, in addition to other sources such as CD Baby and the Orchard. Thumbplay's mobile app, currently available to only BlackBerry users, allows on-demand access and search capabilities across the entire catalog. (1/7) 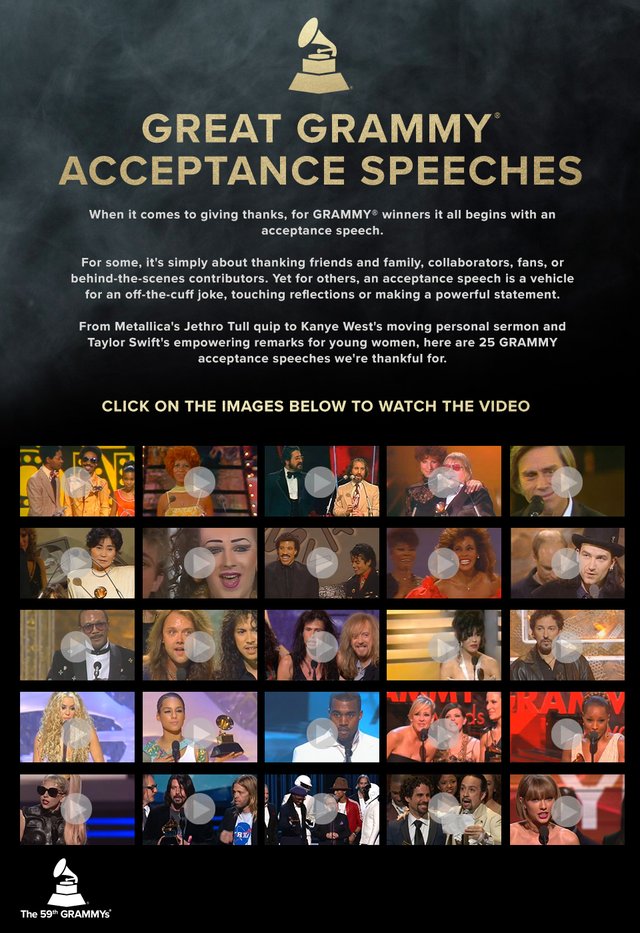 The Recording Academy's GRAMMY Recordings has partnered with Jive Records to release the 2011 GRAMMY Nominees album, the 17th edition of the best-selling series, which highlights artists and songs nominated for the 53rd Annual GRAMMY Awards. The 19-song collection was released on Jan. 25 with a portion of the proceeds from the sale of the album benefiting the MusiCares Foundation and the GRAMMY Foundation  — two charitable organizations established by The Recording Academy.

"The exceptional mix of recordings contained on this preeminent compilation provides an incredible playlist from some of this year's remarkable and talented GRAMMY nominees," said Neil Portnow, President/CEO of The Recording Academy. "With 19 diverse selections, the nominees album offers quality recordings for all music fans. We are proud and excited to, for the first time, collaborate with Jive Records on this project and we look forward to another successful chart-topping GRAMMY album."

"The 2011 GRAMMY Nominees album showcases some of the year's best artists and songs from all genres and we're honored to partner with The Recording Academy to release this compilation of the signature songs from the past year," said Ivan Gavin, COO of the RCA/Jive Label Group. "In addition to offering great music, the collection also gives music fans the opportunity to support MusiCares and the GRAMMY Foundation — two charities that benefit the artistic community."

The album includes songs from many of the most widely recognized GRAMMY categories with 19 tracks representing nominees for Record Of The Year, Album Of The Year, Song Of The Year, Best Male Pop Vocal Performance, and Best Pop Performance By A Duo Or Group With Vocals. The album is made possible by a special arrangement with all of the major music distribution companies and rotates labels from year to year.

For a complete track listing, click here. For more information on the album, visit www.2011grammycd.com. Order the 2011 GRAMMY Nominees at Amazon or iTunes.

The 53rd Annual GRAMMY Awards will be held Sunday, Feb. 13 at Staples Center in Los Angeles, and will be broadcast live in high-definition TV and 5.1 surround sound on the CBS Television Network from 8–11:30 p.m. (ET/PT). For breaking news and exclusive content, visit The Academy's social networks on Twitter and Facebook, and on YouTube.

Jamie Foxx performs at the 51st GRAMMY Awards in February 2009

Check Out The GRAMMY Performers

Jamie Foxx and T-Pain with Slash and Doug E. Fresh

The cast of "American Idiot" appearing with Green Day

The 52nd GRAMMY Awards will take place live on Sunday, Jan. 31 at Staples Center in Los Angeles and will be broadcast in HDTV and 5.1 Surround Sound on the CBS Television Network from 8–11:30 p.m. (ET/PT). The show also will be supported on radio via Westwood One worldwide, and covered online at GRAMMY.com and CBS.com, and on YouTube. Additional performers, presenters and special segments will be announced soon. For GRAMMY coverage, updates and breaking news, please visit The Recording Academy's social networks on Facebook, MySpace and Twitter.

U.S. Album Sales Down 12.8 Percent
Album sales in the United States totaled 236.2 million units for the 52 weeks ending Jan. 2, a 12.8 percent decline compared to 2009, while sales of CDs decreased 20 percent for the fourth consecutive year, according to Nielsen SoundScan. Digital album sales increased 13 percent to 86.3 million units, accounting for 26.5 percent of all album sales, while individual track downloads totaled 1.17 billion units, a 1 percent increase. Vinyl sales reached a record-high 2.8 million units, a 14 percent year-over-year increase. For the first time in the digital era, overall music sales, including albums, digital tracks and videos, were down, declining 2.4 percent to 1.51 billion units. (1/6)

Eminem, Katy Perry Top Sellers In 2010
Eminem's Recovery was the best-selling album in the United States in 2010 with 3.42 million copies sold, according to Nielsen SoundScan. Lady Antebellum's Need You Now was second with 3.09 million units, followed by Taylor Swift's Speak Now (2.96 million), Justin Bieber's My World (2.32 million), and Susan Boyle's The Gift (1.85 million) to round out the top five. Katy Perry's "California Gurls" featuring Snoop Dogg was the top-selling digital song in 2010 with 4.40 million units sold, and Eminem's "Love The Way You Lie" featuring Rihanna was the top streaming song with 22.4 million streams in 2010. (1/6)