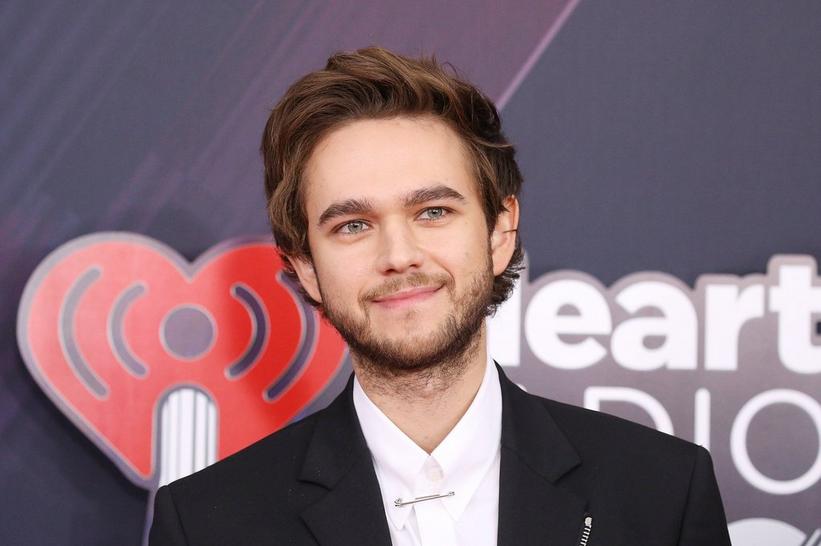 Zedd, Maren Morris and electronic production duo Grey's song "The Middle" become a hit in its own right, and it earned GRAMMY nominee Morris the distinction of being the first country act to have a No. 1 hit on Billboard's Top Dance/Mix Show Airplay Chart. Now Zedd has released a new music video for the track with the distinction of a vertical orientation.

The rather flashy video features Morris vocalizing in black against color-lit backdrops that change in time with the ticking clock in the production. Scenes of Zedd manning the keys and offering background vocals are interspersed with cuts of Grey — brothers Kyle and Michael Trewartha — playing an electronic drum kit and guitar.

Earlier this week Zedd revealed in an installment of The New York Times' new video series "Diary Of A Song" that from the moment he heard the track, which was co-written by songwriter Sarah Aarons, he knew it could be a hit.

"They played it for me, and were like, 'What do you think?'" said Zedd. "I felt, if done right, this could be a huge smash. So we start working on it together. Everybody started loving it. Let's just find the vocalist, which was something that ended up taking, as you know, quite a long time."

With producers the Monsters & Strangerz in the mix, surprisingly, finding a vocalist to sing the lines Morris so  expertly delivers proved to be a challenge. The team went through 14 singers — including Demi Lovato and Camila Cabello — before they finally found a match in Morris.

"I didn't really know about all the drama finding a vocalist," Morris said. "The rhythm is so interesting — 'lookin' at you I can't lie' — it's like walking up stairs."

From there, the rest, as they say, is history.