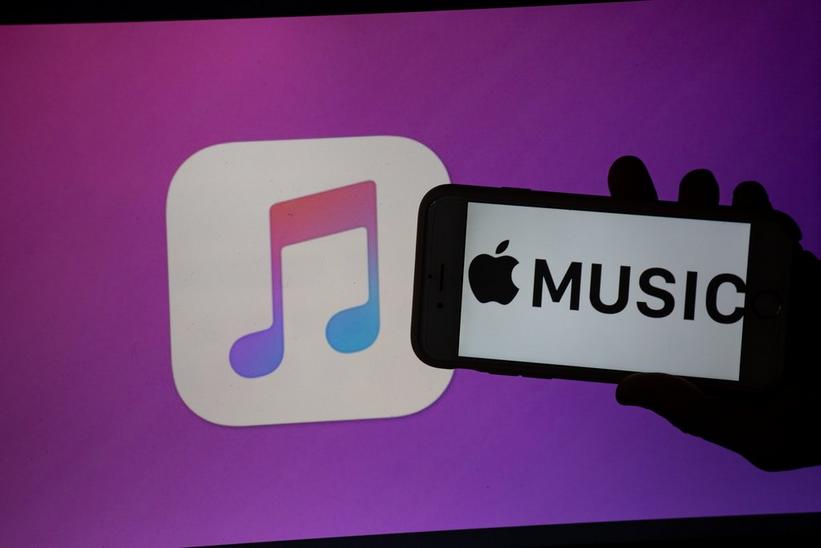 A new report finds that Apple Music has a higher paid customer conversion rate than Spotify, and has beat out its competitor in three major markets including the U.S.

The race to win the hearts and minds of music listeners – and their streaming dollars – is one that has kept music streaming services competitive.It is ultimately what has led to fights on exclusive releases as well as to have the best original content, curated playlists and more. While Spotify is the service that radically shifted the way consumers listen to music since the platform's debut 10 years ago and is often cited by media as the streaming king, new numbers show that Apple Music is catching up, and perhaps taking over. A recent report showed that Apple Music has a higher paid customer conversion rate than Spotify, meaning they are turning more potential customers to paid subscribers. The reports adds to Apple's recent Q3 financial reports that the service is beating its competitor in total paid subscribers the U.S., Canada and Japan.

With his company Loup Ventures, tech analyst Gene Munster, recently released a case study about how iOS affects music streaming and found that Apple is converting potential customers to paid subscribers at a 2.5 times faster rate than Spotify currently is. Their research shows Spotify still dominating the overall global market with 62 percent of global paid streaming subscribers (between Spotify, Apple Music and Pandora) and while Apple Music may currently hold only 34 percent, Apple's share has been growing at a faster rate. The study took into account the addressable market for the streaming services, namely that Apple Music is primarily used on iOS devices with only a small segment of Android users, while Spotify can be used on either platform. Additionally, Digital Music News reported that Apple Music now has higher numbers of paid subscribers than Spotify in the U.S., Canada and Japan, which Tim Cook confirmed in Apple's latest financial report for Q3 2018. Munster estimated that Apple Music has 21 million subscribers in North America, while Spotify has 20 million.

Munster highlights the seamless nature of iOS integration as being an advantage for Apple, as Apple Music is preloaded on their devices and can be used across them, and they are also able to prompt users to start a free trial and subscribe. He points to this as playing a big part in their conversion rate, in addition to iPhone users tending to have a higher disposable income. This may just be the tip of the iceberg. As the study shares "Apple Music has room to grow with just 45m subs out of 780m active iPhone users (6%) paying for the service."

While both services offer student, family and individual subscription rates at the same price point, only Spotify offers a free option. Spotify Free has ads and doesn't allow for on-demand listening like their Premium subscription, but it does allow for Spotify to potentially reach more users and also target them to convert to paying customers. The only free option on Apple Music is for the initial free trial, and users must then pay to keep listening with the service, which could possibly be an incentive when deciding to pay or not. As with most free trials, for both services the card on file will be charged if it is not canceled before the end date, but, as Munster points out, it is even more streamlined with Apple Music for iOS users, as it is all linked to your Apple ID.

The family plan option on Spotify may be cutting into their numbers, as up to six users can share a family account instead of paying for their own individual accounts. Digital Media News also reported that Spotify made a recent attempt to crack down on overuse of family plans after recent findings that of just 35 percent of Spotify users that pay for a Premium plan, 24 percent of them are on a family plan. Spotify reportedly sent emails to those on family plans asking to verify their GPS location to confirm that all users live in the same house, but due to backlash they decided to hold on following through with the request. Apple Music's family plan option is an extension of its Family Sharing functionality, meaning all users on the plan have to be linked to one credit card for all users Apple ID purchases, reducing the appeal to share such a plan with friends and extended family like many Spotify users clearly do.

At the end of the day, most music listeners are looking for access to all of the music they want to hear, and an ease of use in their ability to stream on their devices, have access to new releases, create playlists and perhaps find new artists or exclusive content. Spotify has been in the streaming game longer and does a great job at curating tailored playlists for both the individual users and for different genres and moods, but perhaps Apple Music now has a leg up in pushing its streamlined, easy to use functionality on music listeners not yet paying for or committed to a specific service. It would be interesting to see if new data suggests that not having a free use option has a positive effect on paid subscribers, and how that may impact streaming options moving forward. For now not having a free option, as well as having a more restricted family plan may likely allow Apple Music to keep gaining traction on Spotify.