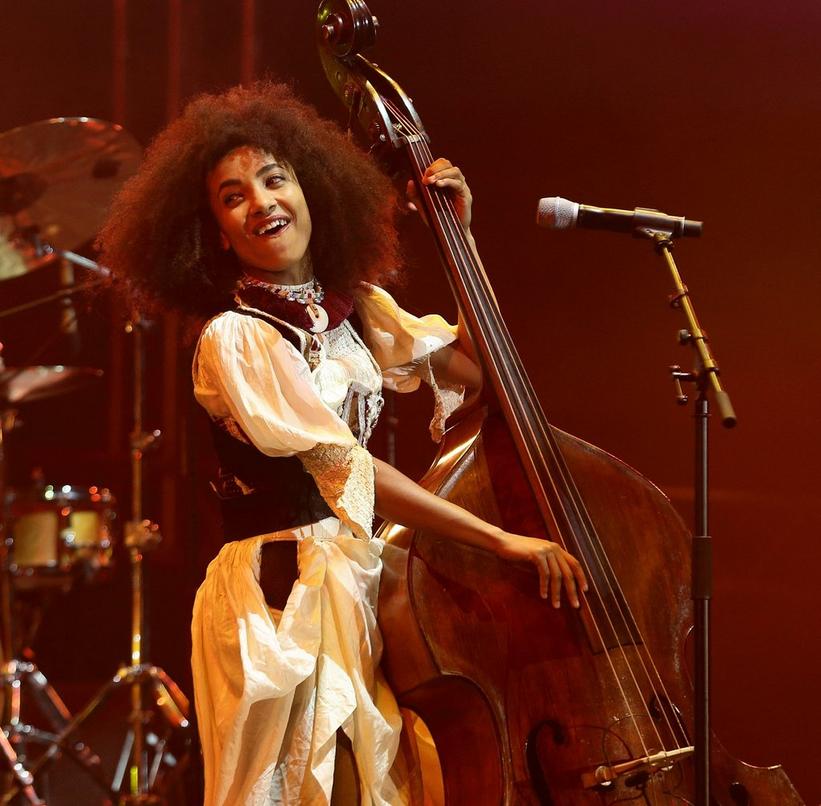 Which Women Musicians Do You Think Are The Most Influential Of This Century?

Women have always played an important role in shaping music and culture. Now you can weigh in on which artists you think are shifting the playing field and making the biggest waves

There are so many powerful women currently making their mark in music—and consequentially on society and culture—that compiling an exhaustive list of the most influential women musicians of the 21st century seems like quite an endeavor. From Beyoncé continually redefining what it means to be a strong independent woman to Taylor Swift standing up for girls and women everywhere to Janelle Monaé showing the world what an empowered queer woman looks like, there are so many women in music right now who are reshaping the industry and questioning societal norms. There are women who are the minority in their genres, like Cardi B and Nicki Minaj redefining what a rapper looks and sounds like, superstars like Rihanna who are using their platform to speak out, trailblazers like Esperanza Spalding, who takes jazz to a new level and legends like Amy Winehouse, whose career was cut tragically short, though her influence continues to grow. The list could go on and on, so now NPR Music wants to know: who do you think are the most influential female musicians currently making waves of change?

Recently, NPR Music, as part of their female-focused Turning the Tables project, began the conversation with their own essays on 25 women, but acknowledge the list is incomplete and want to give you the chance to tell them which ten artists "at the peak of their powers in this century" you feel are making the biggest impact and why.

What these women all have in common is they are speaking their mind and people are listening. Last year at the 60th GRAMMY Awards, Monaé gave an impassioned speech when introducing Kesha's performance of "Praying," reminding the world "just as we [women] have the power to shape culture, we also have the power to undo the culture that does not serve us well." That is exactly what artists like Monaé and Kesha are doing by speaking their truth, showing the world that they are both powerful and vulnerable at the same time. Women like them are such a vital part of our social fabric, using their art to offer the world different representations of what modern women look like and using their platforms to empower other women to do the same.

It is so important to have a diverse group of women in popular culture not only for the world to see, but as positive role models for young girls and women. Swift reminded us how women often have to do more to prove themselves at the 58th GRAMMY Awards when she became the first female to take home Album Of The Year twice. NPR's initial list of 25 includes GRAMMY-winning megastars including Swift, Beyoncé and Rihanna, as well as other lesser-known yet still influential musicians, such as Spalding, the GRAMMY-winning jazz mastermind who took home Best New Artist at the 53rd GRAMMY Awards, a year when both Justin Bieber and Drake where in the running.

Who are the women that inspire you to speak up for what you believe in, who inspire you to be yourself even if it doesn't conform to others' ideas of who you should be? What women are making music and sharing stories that are helping women and men, girls and boys, see all the different sides of a strong woman? Let NPR know. The poll is open until Nov. 13.

Esperanza Spalding Is Making Waves In Her Own Lane