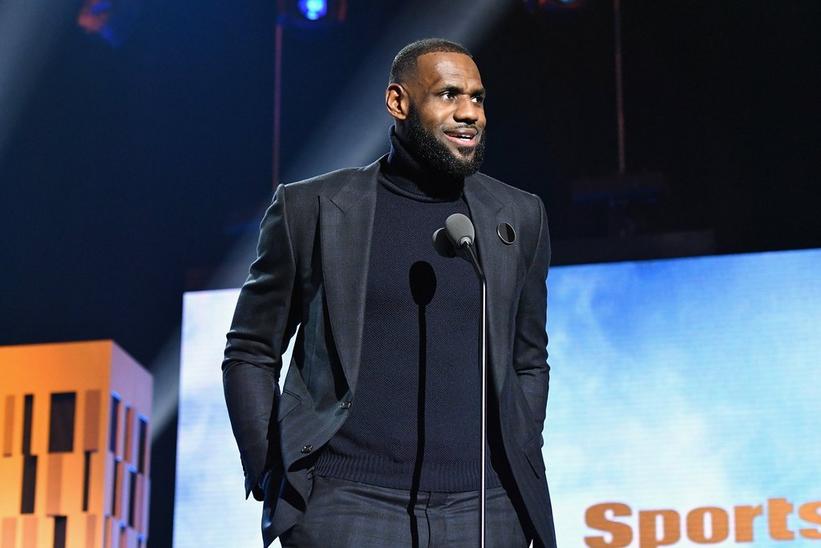 In the midst of another title run, the reigning NBA Finals MVP is getting his game on to the tune of Kendrick Lamar's new album, 'DAMN.'

As the Cleveland Cavaliers make a push for a second consecutive NBA title, basketball analysts and fans alike know the team will only go as far as LeBron James will take them.

Despite lingering questions about James' energy level as the Cavs enter the second round of the playoffs, it would seem he has plenty left in the tank given his 33-point performance in April 23's first-round clincher against the Indiana Pacers. And if there is an extra spring in James' step, it would seem it is courtesy of GRAMMY winner Kendrick Lamar.

After a historic comeback against the Pacers in Game 3 — during which the Cavs surmounted a 25-point halftime deficit — the four-time NBA MVP told reporters that prior to the game he drew inspiration from listening to Lamar's new album, DAMN.

"The guy is an unbelievable talent," said James, who scored a game-high 41 points in Game 3. "His wordplay and his lyrics [are] unbelievable."

James cited his own upbringing as his primary reason for relating to Lamar's music. The NBA star grew up in Cleveland's inner city and has said he never met his father and that he was raised primarily by his mother, Gloria. Instead of becoming an inner-city statistic, however, James turned to basketball.

"As an African-American kid growing up in the inner city, they don't believe that you can get out and become something," added James, who received an advance copy of Lamar's album before its release. "So that's why I'm able to relate to a lot of [Lamar's] lyrics and relate to a lot of his stories. … I'm glad he's able to put those words onto a track for all of us to be able to hear it."

Of course, James isn't the only NBA player who gets an extra charge from music. Whether it's hip-hop or house music, a recent Slamonline report detailed how each NBA team turns to music to fire everyone up — pre-game, mid-game and post-game. Whether it's Amir Johnson for the Boston Celtics, Russell Westbrook for the Oklahoma City Thunder or Javale McGee for the Golden State Warriors, each team has a resident DJ charged with curating the perfect winning playlist for the road to the NBA Finals.

Want more Kendrick Lamar? What will DAMN. mean for his legacy?