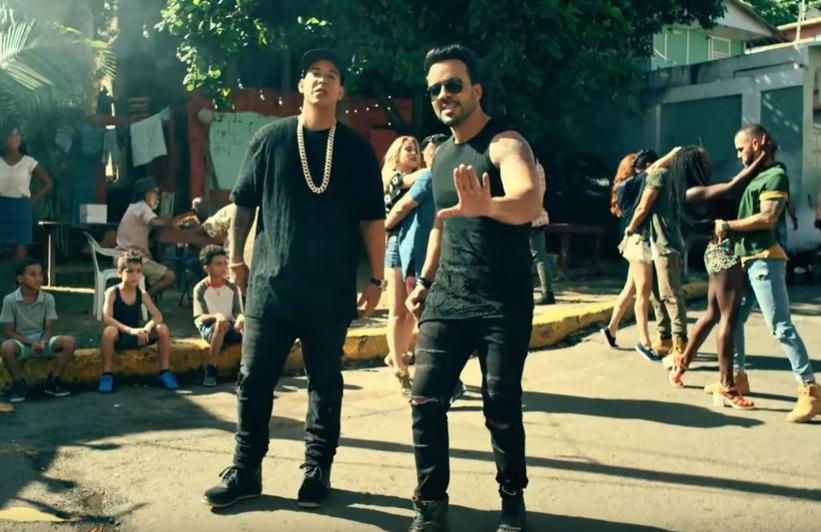 What Was YouTube's Most-Streamed Music Video Of The Decade?

"Despacito" by Luis Fonsi and Daddy Yankee earns the spot of the most-streamed music video of all time with over 6.5 billion views to date

To be clear, this is the original version, not the Justin Bieber-assisted remix, although the pop sensation also makes the top 10 list, at No. 6, for his 2015 bop "Sorry." The Purpose track earns the spot with over 3.2 billion views. In fact, each of the top 10 videos has racked up over two billion views.

Related: Who Ruled Music Streaming In 2019?

The second most-viewed music videos on YouTube is one of the other catchy-as-hell, inescapable hits of 2017: Ed Sheeran's GRAMMY-winning "Shape Of You," which has over 4.5 billion views to date. Another one of the British pop star's GRAMMY-winning songs, 2014's "Thinking Out Loud," also makes the list, at No. 10 with over 2.8 billion video views.

As for the third and fourth spots, we have 2015's "See You Again" by Wiz Khalifa featuring Charlie Puth, a GRAMMY-nominated song from the Furious 7 Soundtrack, and 2014's GRAMMY-winning bop "Uptown Funk" by Mark Ronson featuring Bruno Mars. These two music videos have over 4.3 billion and over 3.7 views, respectively. Fifth place goes to PSY's 2012 meme-ready viral hit, "GANGNAM STYLE," at over 3.4 billion video views.

The seventh most video of all time goes to the song that allegedly prompted a stranger to throw sugar at Adam Levine's face, Maroon 5's GRAMMY-nominated hit "Sugar." The 2015 track's visual has over three billion views on YouTube and is followed by Katy Perry's 2013 GRAMMY-nominated empowerment anthem, "Roar" at over 2.9 million views. Finally, the number nine spot goes to OneRepublic's 2013 barn-stomping pop hit, "Counting Stars."

The data, which YouTube shared via a press release, broke out the top music videos by the last four decades, based on the year they were originally released because, of course, YouTube has only been around since 2004. While the aforementioned top 10 videos of the 2010s were also the top 10 videos of all time, the top music videos of the 2000s, 1990s and 1980s also had some interesting finds.

The No. 1 song of the 2010s is Axel F's "Crazy Frog" at over 1.9 billion views, surpassing Linkin Park's Numb," Lady Gaga's "Bad Romance" and Taylor Swift's "You Belong To Me," which followed chronologically on that decade chart. Guns N' Roses take the number one spots for both the 1990s and 1980s list, with "November Rain" topping the former and "Sweet Child O' Mine" the latter.

An honorable mention goes to "Baby Shark Dance," the kid's song that was released in 2016 by South Korean company Pinkfong and went viral earlier this year. The original video (not to be confused with the many spinoffs or official EDM remix by JAUZ) has earned more views than "Uptown Funk." Baby Shark's family takes the number five spot of the most viewed videos of all time (music or otherwise) list on YouTube. Don't worry, Fonsi and Yankee are still at the top of this all-content list, so they don't have to worry about any hungry baby sharks—for now, at least.