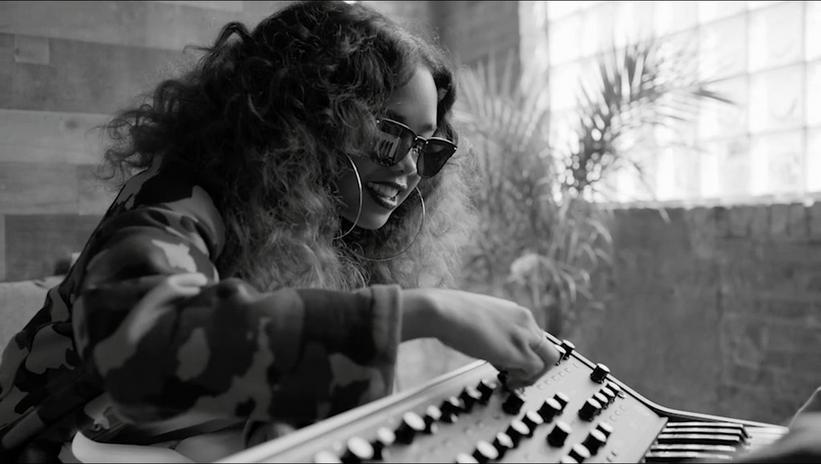 The Recording Academy launches a new campaign to celebrate the professional songwriters, musicians, engineers, producers, and performers who bring music to life

Making music is a calling and a craft — a privilege and a process. From the first flash of inspiration to a few chords and scribbled lyrics, from laying down a scratch track to finessing the finishing touches, it takes craft, commitment and passion to make music a reality.

Now, for the first time in its 60-year history, the Recording Academy is launching a national campaign to honor the craft and community of creators who bring music to life. "We Are Music" celebrates the people who create music every day, those who are the lifeblood of music.

To celebrate the launch of "We Are Music," the Recording Academy released a 60-second film directed by world-renown photographer/videographer and GRAMMY nominee Danny Clinch. The striking black-and-white film chronicles the creation of a new piece of music, capturing the collaboration between songwriter, performer, producer, sound engineer, and musicians to write, record and finesse a new record, culminating when the performer takes the stage to share it with the world.

Through Clinch's daring and inventive eye, the film and the campaign underscore the Recording Academy's vital role in the industry, reinforcing the importance of the Academy to the professional community of songwriters, musicians, producers, engineers, and performers it represents.

"The Recording Academy is the leading society of music creators, and 'We Are Music' not only defines what we stand for, but also represents the tremendous pride and respect we have for the industry we serve," said Evan Greene, Chief Marketing Officer for the Recording Academy. "While we are commonly associated with the iconic GRAMMY Awards, this campaign celebrates those music professionals involved in the multilayered creative process. Our objective is to further reinforce the perceptions of the Recording Academy by highlighting the impact we have on the creative community at large."

Those of us who have ever spontaneously woken up with a song idea, worked in the studio until the sun came up or have callouses on our hands from practicing our instrument all understand the same simple truth: We are made of the music we make. We are music.