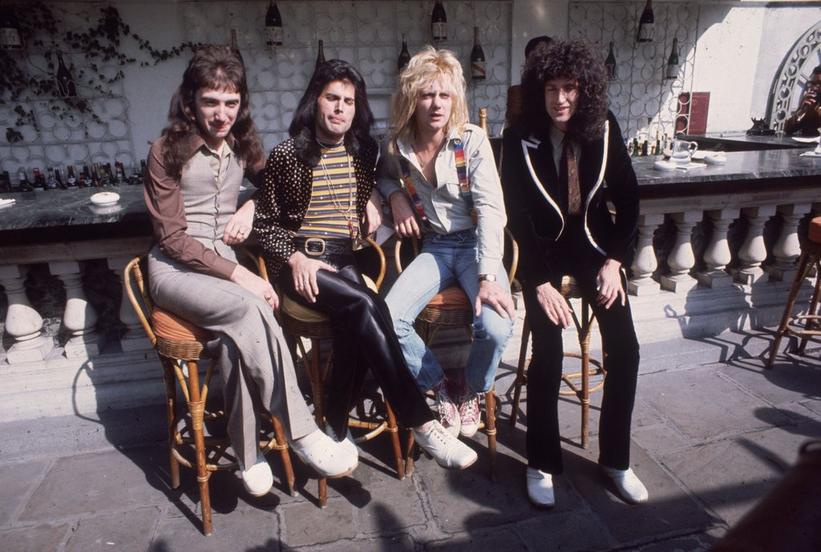 The official trailer for Bohemian Rhapsody is finally here, providing the deepest look yet into the Queen biopic that's been mounting anticipation since last year.

The stunning footage in the 90-second the trailer shows the band onstage, backstage, in the studio, at the press conference table, and in record label meetings, promising a depiction of Queen's career that has yet to be tackled on film. The music used in the trailer is a mash-up of some of Queen's biggest hits, weaving in pieces of "Another One Bites The Dust," "We Will Rock You," and, of course, the film's title track.

In Bohemian Rhapsody, actor Rami Malek, star of USA Network's "Mr. Robot," plays Queen's late frontman Freddie Mercury. On Sept. 5, 2017, the very first picture of Malek as Mercury was released on what would have been the music icon's 71st birthday. Malek has since expressed some anxiety around taking on the role of such an iconic musician. "This could be a career-defining performance," he said, "and then two minutes later I thought, 'This could be a career killer.'"

The film also went through a lineup change as director Bryan Singer was replaced by Dexter Fletcher back in December 2017 after an unexpected pause in filming due to Singer's health issues.

Just yesterday, on May 14, a 10-second teaser for the trailer was released, providing a glimpse at a scene from Queen's legendary Live Aid set in 1985. Bohemian Rhapsody is slated to hit theatres on Nov. 2.