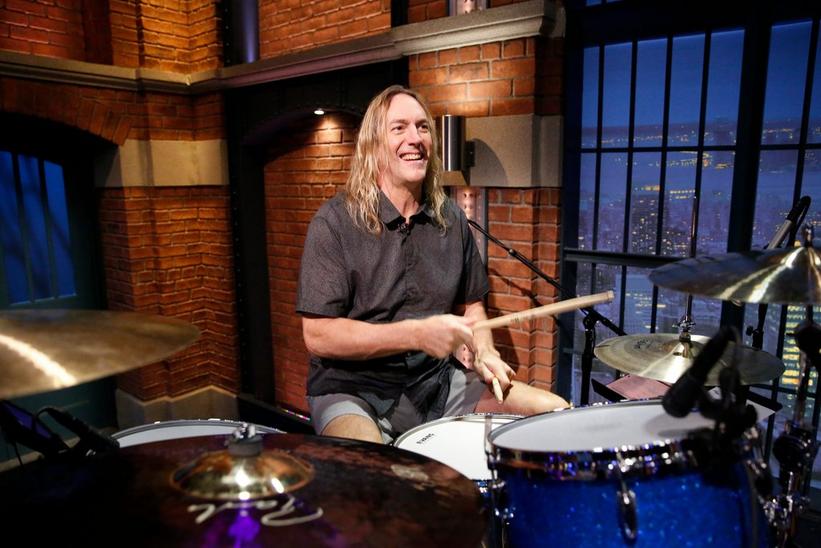 Could the tour dates give us a clue as to when the GRAMMY-winning band's fifth-studio album will drop?

GRAMMY-winning rock band Tool have announced European tour dates for summer 2019. The announcement comes as fans continue to wait for their much-anticipated fifth studio album. Could this be their next clue?

The tour will launch June 2019 in Berlin, Germany. The band will tour until July 2 in cities including Vienna, Austria, Amsterdam, Madrid, Spain and Lisbon, Portugal. While an album release date has not been set, frontman Maynard James Kennan took to Twitter last month to update fans it's a "Long way 2 go but much closer," teasing a release sometime in 2019 with his hashtags.

It is an understatement to say Tool fans are excitedly waiting for this album. It's been 12 years since the band has dropped an album and their tour announcement is only adding to the growing anticipation. The band performed in San Bernardino, Calif., last year and has performed here and there, only bringing down hope that the tour announcement doesn't necessarily mean the album will be ready before it.

In June, producer and engineer Sylvia Massy took us back to the album that started it all. Massy helped capture Tool's live energy in their debut, Undertow.

"Tool was a fantastic live band, and my biggest challenge was to capture the live energy in a studio setting, so generally during the first recordings I was just letting them do their thing," Massy told the Recording Academy. "However, on Undertow as we started pre-production in rehearsals, I could see them getting stuck with some songwriting challenges so I stepped in as a tie-breaker."

The album, released in 1993, was the introduction to Tool's intensely good, hard rock and something not heard at the time.

"That is why it endures to this day. And for me it was a milestone in my career. It was when people started knocking on my door, instead of the other way around," Massy said. "It's been 25 years since Tool's Undertow was released, yet I still get messages from Tool fans about it. It made an impact on a lot of people."

Years later, fans can only wait for Tool's next clue.