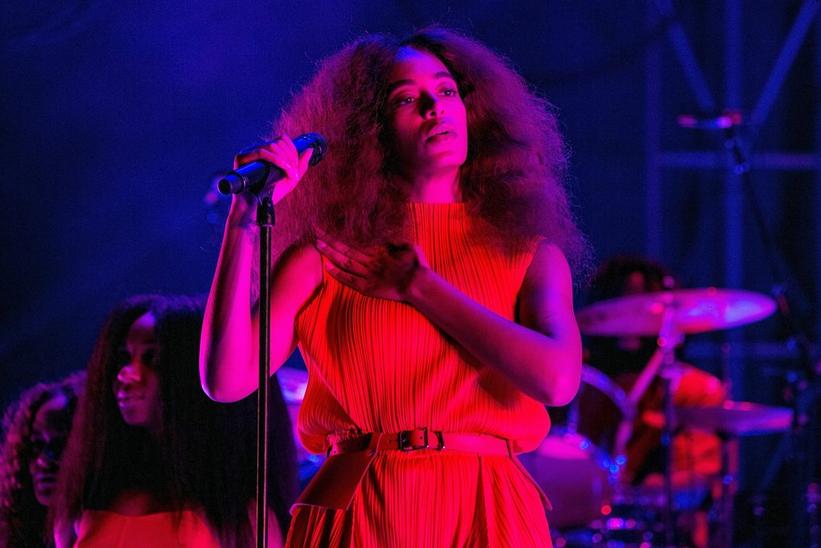 The GRAMMY-winning singer/songwriter recently shared that she is almost done perfecting her fourth studio album, which will be "warm, fluid and more sensual than her last one" – what musical gifts can we expect this time?

The multi-talented GRAMMY-winning R&B songstress Solange has been making and perfecting her art since she was a teen. She toured with her sister Beyoncé's group, Destiny's Child, as a backup dancer when she was just 14, and released her debut album, Solo Star, in 2002 when she was only 16. A second LP came in 2008, a seven song EP four years later in 2012 and the critically-acclaimed A Seat At The Table came in 2016, for which she gained her first No. 1 album, a bigger fan base and her first GRAMMY win for "Cranes In The Sky." Now she has confirmed that a new album is on its way.

“I have this fear living in my body about releasing work,” says Solange (@saintrecords). “I don’t know any artist that doesn’t feel that before they hit the send button.” On the eve of her next album, the singer has hybridized her many talents — music, dance, activism, aesthetics — to inspire a new model for the modern pop artist. It is not that she has suddenly become a hybrid artist, it is that she has discovered how to execute the hybridity she has always imagined. In assembling a 2017 outdoor performance piece of “Scales” at Donald Judd’s sprawling Chinati Foundation in Marfa, Tex., she encountered spatial difficulties that she says gave her new perspective: “I realize how much wider, figuratively and literally, my work could be if I took myself away as subject.” Click link in our bio to read #AyanaMathis's full interview with #Solange from #TGreatsIssue, on newsstands inside the @nytimes October 21. Photo by @collierschorrstudio, styled by @mr_carlos_nazario.

In a recent interview with The New York Times Style Magazine the singer/songwriter confirmed that she's been hard at work recording new music—which, as NYT explains, "the album's release is imminent this fall, probably sometime soon…but she will not be rushed." Throughout the years, Solange has explored musical sounds like R&B, electro-pop, soul and funk, imbedded with her personal stories and natural creativity. Looking back at her artistic evolution, what can we hope for?

In the NYT interview with Solange shared that she is working towards perfecting and finishing her new album soon, which, as they paraphrase, "will be warm, she says, fluid and more sensual than her last one." Of the sounds we can expect, she says "there is a lot of jazz at the core, but with electronic and hip-hop drum and bass because I want it to bang and make your trunk rattle."

A Seat At The Table was a beautiful, poignant album with soft, flowing R&B beats and powerful social commentary, as Solange told the story of her experience as a black woman in society. Most of the songs stayed true to slow, melodic R&B sound, with "Don't Wish Me Well" incorporating a more electronic, synth-y sound. Her 2012 EP True, which she co-wrote and co-produced with Dev Hynes aka Blood Orange, explored that sound a bit more on its seven songs, with an upbeat R&B-leaning electro-pop sound. It sounds like Solange may be exploring a more electronic-infused sound again on the new album, perhaps even with a more bass-heavy hip-hop oriented "trunk rattle" worthy track or two.

A Seat At The Table featured several spoken word interludes on the themes in her songs, including one from Tina Turner on black pride and identity, which is followed by "Don't Touch My Hair." The song, which features R&B crooner Sampha, the two of whom co-wrote and co-produced the song, along with a few others on her team, is a confident proclamation of black identity and beauty, backed with a smooth, flowing beat and joyful horns. Based on her comments, it seems like a few songs somewhat similar to this, with upbeat R&B beats, a meaningful message and great collaborators may make their way onto the new album.

While the whole album was truly a work of art, the album's first single, "Cranes In The Sky" really got the world talking, and earned her a GRAMMY win for Best R&B Performance at the 59th GRAMMY Awards. The song, along with "Don’t Touch My Hair," were her first two singles to chart on Billboard's Hot 100 and also did well on the R&B charts. On "Cranes In The Sky" she explores dealing with escapism in our daily lives, something pretty much everyone can relate to. She passionately sings, "I tried to drink it away./I tried to put one in the air./I tried to dance it away./I tried to change it with my hair." The vulnerability and truth in this song and throughout her album clearly spoke to people, and certainly Solange will tell more of her story and personal experience in her new music.

After her GRAMMY win, Solange shared what success of the song means to her:

"I think I'm most excited about the fact that I wrote 'Cranes In The Sky' in a period of kind of desperation and weariness and the fact that its resonated in the way that it has, eight years later, a song that kind of got pushed to the side a lot, I knew that this was the right time, and this is such a beautiful honor and I'm so humbled by it," she said. "I honestly feel like I won far before this because of all the connectivity that the record has had, especially with black women, and the stories that I hear on the street."