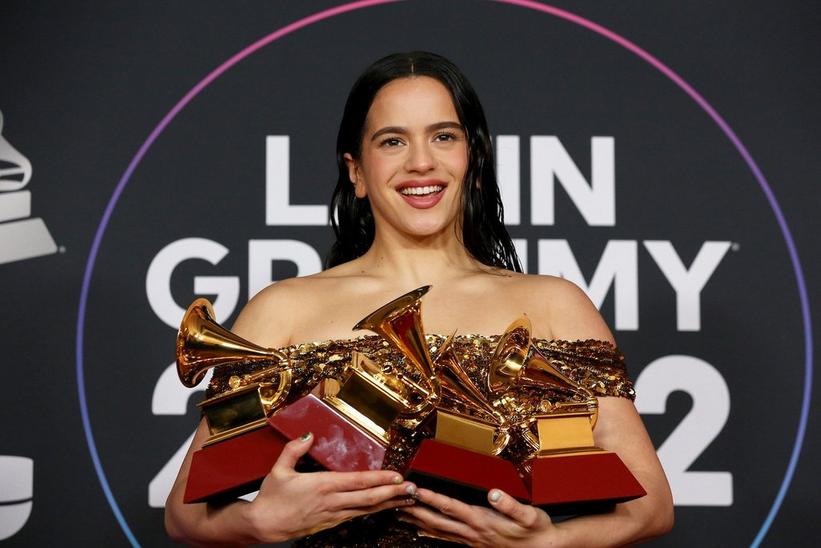 Rosalía won the Latin GRAMMY for Album Of The Year at the 2022 Latin GRAMMYs, for her album 'MOTOMAMI.'

Rosalía won the Latin GRAMMY for Album Of The Year for MOTOMAMI at the 2022 Latin GRAMMYs.

Rosalía became the first woman in Latin GRAMMY history to win Album Of The Year twice, after winning the category in 2019 for El Mal Querer.

This year, she was one of the most nominated artists at the 2022 GRAMMYs alongside Rauw Alejandro and Jorge Drexler. MOTOMAMI won in the Best Alternative Music Album and Best Recording Package categories, and Rosalía was also nominated for Song of the Year, Best Alternative Song, Best Short Form Music Video, and Record of the Year.

Check out the complete list of winners and nominees at the 2022 Latin GRAMMYs. 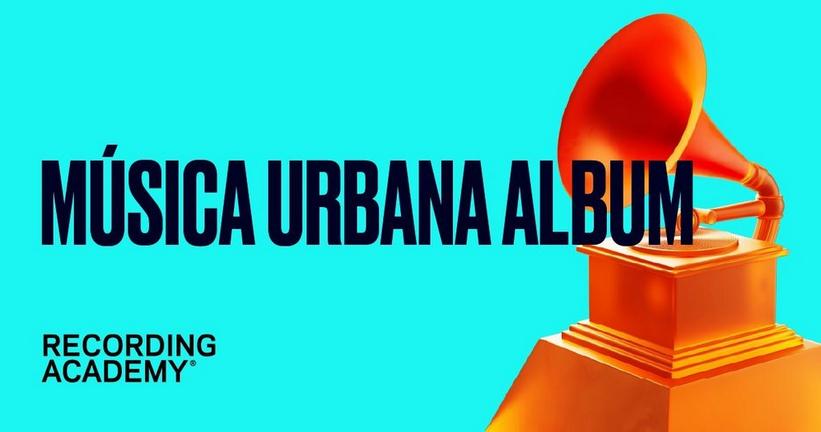 The 2022 Best Música Urbana Album Nominees at the 2023 GRAMMYs come from some of the biggest names in Latin music, each of whom have fused a unique sensibility and a variety of influences into their records.

Perhaps because in its current incarnation música urbana tackles such a wide array of influences — from the expected bounce of reggaetón to ominous trap moods, frantic dembow and a cool dash of Latin pop — the genre has become a hub for freshness and creativity.

All five 2022 nominees for Best Música Urbana Album at the 65th GRAMMY Awards are international stars, but none of them allowed fame to lead into stagnation. On the contrary, their albums are defined by cutting edge innovation and challenging new sounds. Read on to learn more about offerings from Bad Bunny, Daddy Yankee, Farruko, Maluma and Rauw Alejandro.

View the complete list of nominees for the 2023 GRAMMY Awards here.

Released in 2019, the first volume of Trap Cake served as a laboratory where the Puerto Rican singer experimented with unusual textures. Vol. 2 marches on the same avant-garde principles, serving as a provocative bridge between Rauw’s genre-defining smash Vice Versa and his restless third album Saturno.

The production is slick and airy on this sumptuous mini-album seeped in a hazy cloud of melancholy nostalgia. The music box-like opening strains of "MUSEO" hint at the precious ambient sonics at hand, whereas the distorted electric guitar and aggressive downbeat of "GRACIAS POR TODO" opens up an intriguing window to the quirks of Rauw as potential rock’n’roller. Co-produced by Jamaican helmer Rvssian, the darkly hued "Caprichoso" features contributions by the singer’s romantic partner — the one and only Rosalía.

How do you celebrate the confirmation of your status as a young global pop star? In the case of Bad Bunny, he released the ultimate summer album — an imaginary mixtape, meant to be booming in the background as the poolside party rages on.

2022 was the year when the "Gasolina" pioneer shocked the Latin music establishment by announcing his retirement at age 46. Fortunately, Daddy Yankee’s farewell came in the shape of a sprawling party record. LEGENDADDY feels like a passionate, and occasionally wistful, love letter to the limitless variety that has always defined Afro-Caribbean music.

Yankee’s rapid-fire delivery and reggaetón riddims are ever-present, of course, but the menu also includes some wacky dembow ("BOMBÓN," with Lil Jon and Dominican hitmaker El Alfa), and the truly wondrous fusion of salsa, reggaetón and spidery bachata lines on the kinetic "RUMBATÓN." On "AGUA," Yankee is joined by Rauw Alejandro and guitar god Nile Rodgers for a jam infused with post-disco zest. Yankee’s electrifying live performances will be missed, but this emotional swan song delivers an fitting epic finale to a remarkable career.

A seasoned veteran of the urbano landscape, Farruko has always been progressive in his mission to expand stylistic boundaries. The title of his seventh studio album is a reference to the singer/songwriter’s childhood memories: the 167 highway in the Bayamón area of Puerto Rico where he grew up.

At the same time, the album also reflects Farruko’s extensive travels across Latin America. "Pepas," the collection’s bonafide hit, is an anthemic electro-guaracha that stays close to the genre’s roots in Colombia. "Baja Cali" mixes Latin rap with the young generation of corridos that defines the present of música mexicana, and the breezy "W.F.M." (featuring Jamaican vocalist Mavado) delves into sweet dancehall vibes. On "Jíbaro," Farruko cherishes his boricua origins alongside bolero revivalist Pedro Capó. A man of the world, he sounds the happiest when he returns home.

In 2021, Maluma surprised fans by releasing #7DJ (7 Días En Jamaica), a refreshing EP of reggae infused tracks. A silky mini-album made up of eight new songs, The Love & Sex Tape finds the Medellín native delving back into the sensuous reggaetón narratives that made him famous.

A duet with fellow Colombian Feid, "Mojando Asientos" is appropriately frisky, and the self-explanatory "Nos Comemos Vivos" gains in intensity thanks to the streetwise attitude of the ubiquitous Chencho Corleone. Maluma surrenders to hedonism with abandon, reaching the natural conclusion that life is, indeed, quite beautiful ("La Vida Es Bella.") A classy ending, "Happy Birthday" incorporates the soulful groove of Afrobeats, hinting that Maluma’s brilliant creative detours will surface again in subsequent works.