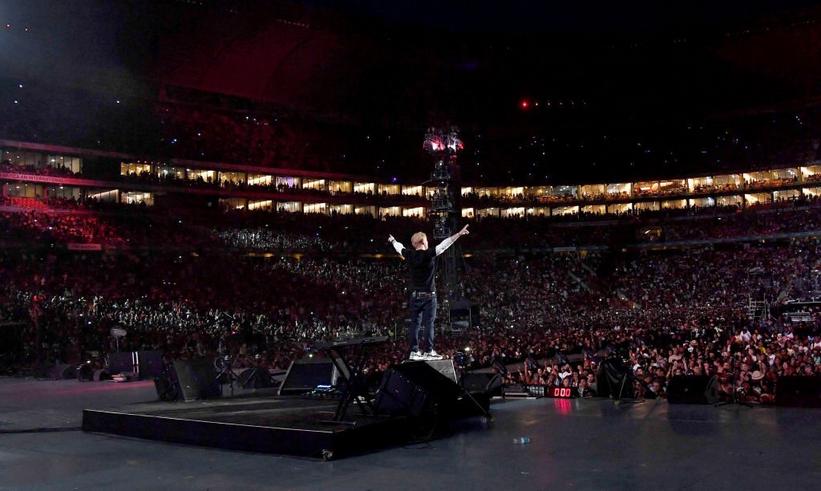 Digital music and the internet have changed everything, but 2018's thriving concerts and music events ticketing demonstrates how it's paying off in the real world, too, especially for top touring acts such as Beyoncé, Jay-Z, Ed Sheeran, and Taylor Swift. The top 25 concert tours reported over $3 billion in sales, up $500 million compared to 2017, an increase of 20 percent.

"We had the perfect storm with the perfect artists," promoter Louis Messina told Billboard. His 2018 success stories included $266 million from the U.S. dates for the Reputation Stadium Tour, making Taylor Swift the artist with the top U.S. annual ticket grosses ever. International dates and sales added to the bottom line's demonstration that the internet and its digital connections have not replaced the live music experience — they've given it a new context.

"Because of the ways tickets are priced and distributed," said Live Nation Senior VP Touring Omar Al-Joulani, "a lot of veteran artists are seeing some of the highest grosses of their careers."

One key is the science of analytics and how digital data has informed what cities artists decide to perform in, what top prices can be charged for seats, and even low-priced ticket sales for some appearances. Instead of looking for fast sell-outs, this marketing science is described as a "steady as she goes" approach.

"Streaming music and video is driving all demand right now," said Marc Geiger, head of music at William Morris Endeavor. He's had a front-row seat for the digital revolution, which has come a long way since he co-founded Lollapalooza and the web-based ARTISTdirect. "Anyone can listen to anything at any time, anywhere, and that has allowed more fans to have relationships with artists," he said.

Billboard details how leaders like AEG and Live Nation, and its Ticketmaster Verified Fan program, don't settle for playing catch-up while digital keeps changing the rules. Festivals and genre-specific events are using the same techniques to give fans a reason to go live in a big way. Looking ahead at 2019, it's clear the online and in-person music experiences can not only coexist, but they help stoke each other's flame.

Find Out Who Helmed The Top Grossing Tours Of 2018