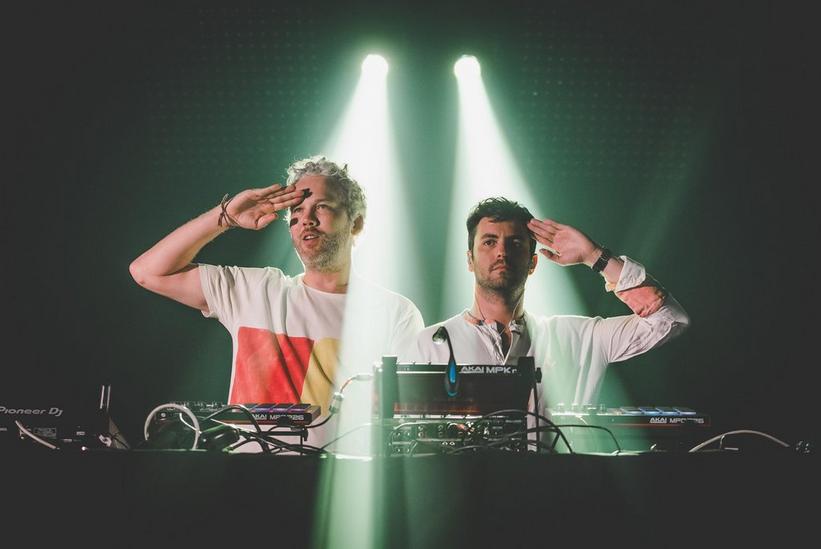 With the unprecedented global disruption of 2020, it's important to support the music community however we can. With our series Record Store Recs, the Recording Academy checks in with vinyl-loving artists to learn more about their favorite record stores and the gems they've found there.

Parisian electro-pop duo Polo & Pan, consisting of Alexandre Grynszpan and Paul Armand-Delille, are a beloved festival fixture across the globe, thanks to their upbeat, vintage-inspired brand of electro funk. Last year, the pair toured their joyful music tirelessly around the world, with major shows at Coachella, Spain's Vida and Paraiso fests, Israel's Garden of Babylone and Belgium's Paradise City Fest, to name a few.

They are currently working on their sophomore album, the follow up to 2017's vibrant Caravelle. Earlier this month, they dropped a teaser of what's to come, the Home Sweet Home mixtape, which you can enjoy below. As the hour-long project's intro explains, it includes "edits that we love and cherish, snippets of the upcoming album and other exclusive surprises."

We caught up with Grynszpan and Armand-Delille in a rare break from their productive quarantine studio time for the latest edition of our Record Store Recs series. Read on to learn more about the duo's favorite hometown record store and the epic list of records on their wish list.

What do you love about this shop? What kind of goodies have you've found there?

One of the nicest record shops in Paris, Les Balades Sonores is located not too far from our label [Ekleroshock and Hamburger Records] offices. Great spirit, lots and lots of different genres of music. The record shop owners Toma and Esther are a charming and passionate couple. They have all the good stuff in-store: Brazilian and Japanese exotica rarities, classic electronic music LPs, the last trendy indie bands, a few old-school hip-hop classics, and of course all the '60s and '70s legendary jewels we love from the psych/pop/rock golden age. We just picked up a bunch of cool records there, with a new Italian favorite.

What's a recent record or two you bought there and love?

What are some other recent releases you've recently picked up on vinyl?

Yukihiro Takashi's Saravah! [This funky solo album by Yellow Magic Orchestra's Takashi was originally released in 1978, the same year he co-founded the pivotal Tokyo electro band. It was rereleased last fall, for the first time outside of Japan by Paris' WEWANTSOUNDS imprint.]

What was the first CD or record you remember purchasing when you were younger?

Grynszpan: X-Files: The Album [The 1998 soundtrack]