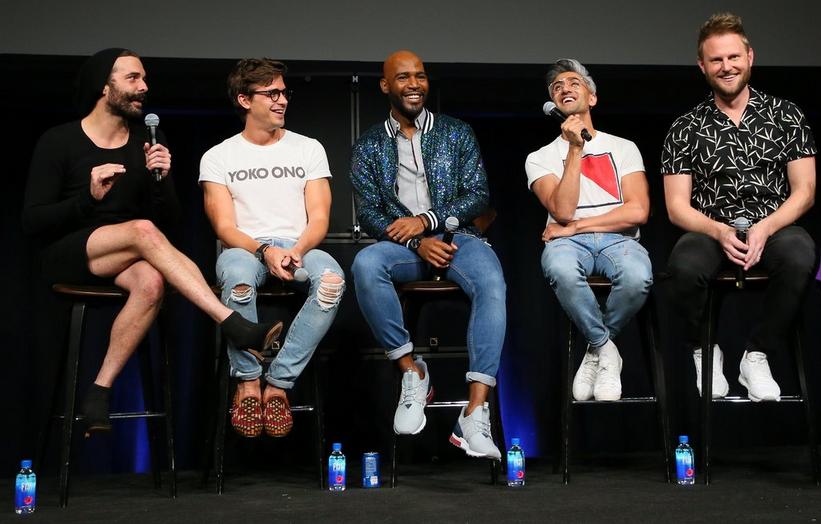 The Fab Five empower Tim, Olivia and J'Shawn to express themselves artistically in the new video for the anthem "This Is Me (The Reimagined Remix)" with actress/singer Keala Settle, Kesha and Missy Elliott from The Greatest Showman: Reimagined compilation.

In the video, supported by VH1’s Save The Music Foundation, which advocates for music to be a right, not a privilege, for children, the cast helps the teens practice rapping, singing and dancing with encouraging support throughout the process. In the end, the teens, who go from novices to confident entertainers, perform in front of an audience.

The idea for the video came from Porowski's obsession with music videos. He had always wanted to do one and reached out to songwriter friends Benj Pasek and Justin Paul for help. Pasek, who wrote songs for The Greatest Showman along with Paul, told Porowski that songs from the film were being readapted.

"'This Is Me' was a perfect fit, and it worked out," Porowski said on the "Today Show," where the video debuted.

Pasek knew "This Is Me" would be a perfect fit for the cast's vision, saying, "The message of what the 'Queer Eye' guys have done with that show is so inspiring to us and it’s so in line with what 'This Is Me,' the song is really about—it's about empowerment and it's about seeing the potential in every single person.”

Paul, meanwhile, spoke about the importance of self-expression among young people and the need to support music education.

"It’s a song about empowerment,” he said. “It’s a song about owning your identity, not being ashamed of who you are, and it's also a song about expression. With these young people it's creative expression, and to that end, that's why it was important to us with this video. We're also trying to bring attention to save the music, which is a way for [young] people around this country to express themselves creatively.

As for J'Shawn, who worked on his dance skills, it was exciting to show the world how he can move.

"It was really fun. These guys are so funny and they made me feel comfortable. I’m so grateful I was able to do this," he said.