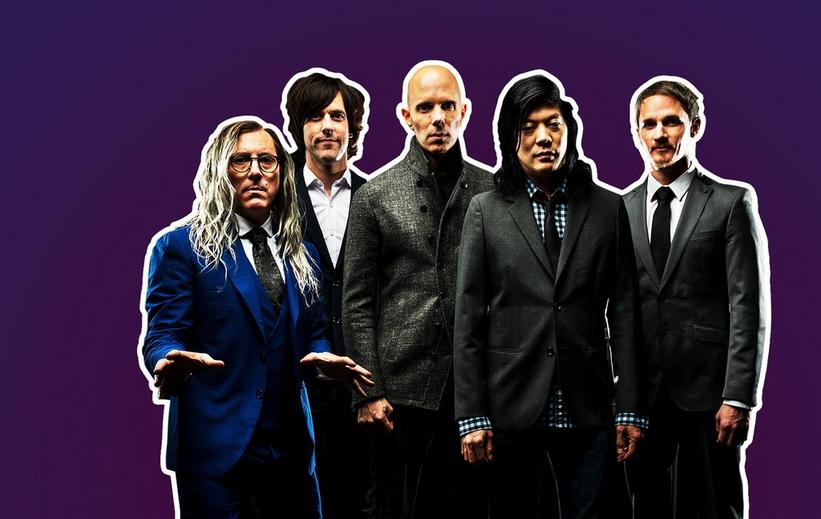 We go behind-the-scenes with the influential rock group's guitarist and lead composer, who shares what it's been like making music together again and hints that "Judith" could be heard live in the near future

A Perfect Circle, led by Maynard James Keenan and Billy Howerdel, released their ground-breaking, genre-nonconforming debut album, Mer De Noms, in 2000 to much critical acclaim. The group followed up with two more albums, Thirteenth Step in 2003 and Emotive in 2004, but then took a long hiatus to work on other projects, including Keenan returning to his GRAMMY-winning band Tool. Despite the time apart, A Perfect Circle wasn't over, and much to fans' delight the group started actively working together again in 2017, embarking on a tour and working on new music. They released their fourth studio album, Eat The Elephant, on April 20, 2018, along with a stunning album-length companion film.

The group visited the GRAMMY Museum on Oct. 10 for an intimate conversation and performance at the Clive Davis Theater for 200 lucky fans. Before the event we caught up with Howerdel to ask what he's been listening to lately, how the group's creative approach has shifted, his favorite songs to play live, what he'd like to say to fans, and more.

Howerdel, who composes the majority of the group's music, with Keenan writing the lyrics, shares that their creative process has indeed shifted, and in working on the new album they took extra time "breaking things down a bit more" on each song. The guitarist also reveals that "Delicious" is one of his favorite tracks to play from the new album, and he's looking forward to playing it live for the first time soon. He also hinted that he wants to play "Judith," a fan-favorite from Mer De Noms, with the group again soon, one they haven't performed together live in quite some time.