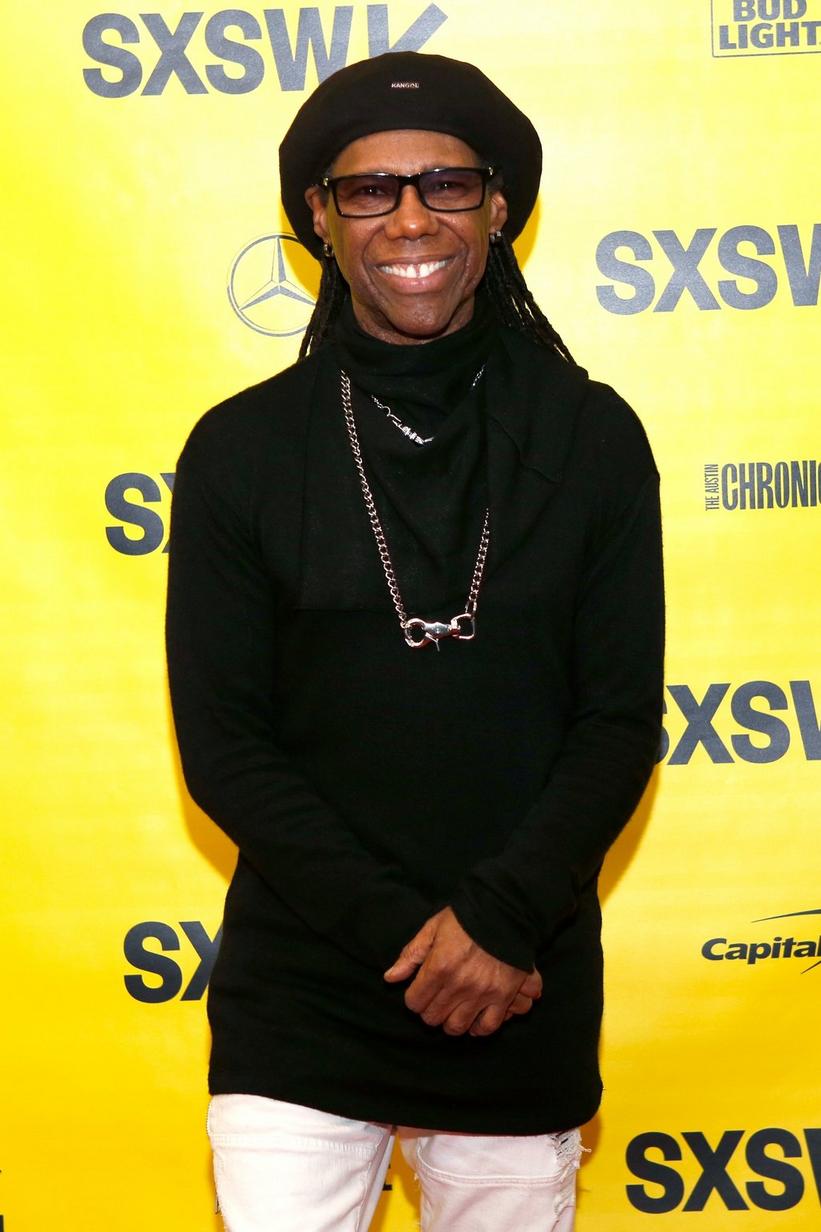 With a new Chic album in the works at London's Abbey Road Studios and a new job title there, Rodgers raises our appetites for what's cooking

Named first-ever Chief Creative Advisor at London's Abbey Road Studios last month, Nile Rodgers found himself answering questions on April 21 at Coachella about who's been in the studio with him working on the upcoming Chic album, It's About Time. Rodgers learned late last year that his health is back in tune, and fans are looking forward to new innovations from the old-school funk master's knack for trend-setting originality.

In addition to the signature sounds he crafted for Chic and Sister Sledge, Rodgers also produced David Bowie's GRAMMY-nominated Let's Dance in 1983 and Madonna's Like A Virgin the following year. He shared three GRAMMY wins at the 56th GRAMMY Awards with Daft Punk, songwriter Paul Williams, and Pharrell Williams, including Record Of The Year for "Get Lucky" and Album Of The Year for Random Access Memories.

Rodgers had been working with Anderson .Paak on new Chic material at Abbey Road, while .Paak was opening for Bruno Mars. A track record like Rodgers' is what prompted Mars to say, "Damn, I gotta stop by and hang with y'all," joining them in the studio and creating an innovation of his own. Emerging artists Nao and Stefflon Don have also been working in London with Rodgers, as well as Craig David, Blondie's Debbie Harry, and Mura Masa.

Haim has been expected at Abbey Road Studios in London, to see what they create with Rodgers. Meantime at Coachella, opening for Beyoncé, the sisters created some beef by boasting "We will kick any band's ass!" Rodgers responded, "I will happily take the challenge," and warns the two groups might be staging some Battle-of-the-Bands get-togethers to duke it out.

Other artists expected to appear on the upcoming Chic project include Disclosure, Ray BLK and Jorja Smith. So we expect good times ahead from the man who brought us "Good Times" to begin with, featuring many of today's hottest artists.