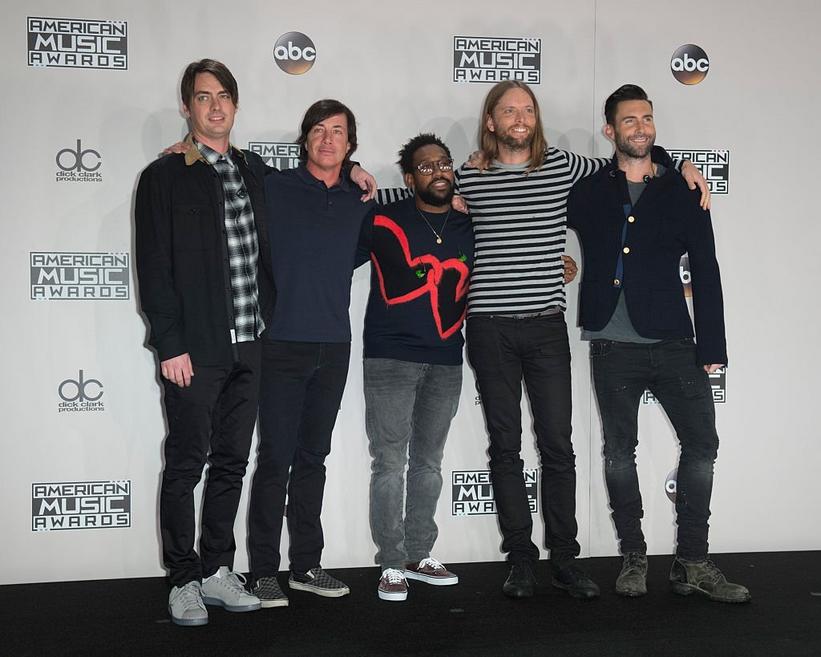 Guitars, keyboards, microphones, drum machines, road cases and more will be for sale, each with its unique aura of musical history

Maroon 5 and Reverb have announced that more than 100 items from the band's accumulated musical instruments and gear will be up for sale online through the marketplace, beginning on Aug. 30.

The official announcement at Reverb, which came on Aug. 28, includes an email sign up so prospective buyers can be the first to know when the Techno Empire shop begins listing the items. Some items date as far back as the days when Maroon 5 was still known as Kara's Flowers. Many are from their world tour for the 2002 album Songs About Jane.

The details are more than mouthwatering and even the "Maroon 5"-emblazoned road cases for sale are experienced world travelers. When guys like these tour around with gear like this, memories attach — inspiring collectors and enthusiasts to start their own relationship to guitars, mics and more that already have a place in pop music history.

"It's nice to know that there's some history there when you put your gear in a case that's been all around the world with a band," said keyboard and rhythm-guitar player Jesse Carmichael.

How quickly will you press that button and turn your chair around when gear used by Maroon 5 [@maroon5] is listed on Reverb later this week?
Take a sneak peek today: https://t.co/utTYOY3BuH pic.twitter.com/aienzsWmJn

A Gibson Les Paul Jim Beam guitar actually traveled up in the air on tour and landed with unknown consequences but still looks great. An Akai MPC 4000 drum machine enjoyed spending songwriting days at producer Rick Rubin's fabled Laurel Canyon home, also known as "The Mansion." A one of a kind Keytar prototype will tempt you alongside Carmichael's first tour buddy — a Yamaha S90 keyboard — as well as a versatile Open Labs MiKo keyboard that might even have some samples still on it. The guitars, keyboards, microphones and more all made a difference to Maroon 5's unique success and are ready to be passed on to new owners, for new creations.

"We used all of this gear when we were kids, working hard to establish ourselves as a band," said Carmichael. "Now, we're in a new phase and we need to clear out what we're not using anymore to make room for the equipment that will help us create what comes next. This gear was such a huge part of our story and I hope that it goes to an up-and-coming band or musicians who can make it part of their own story."