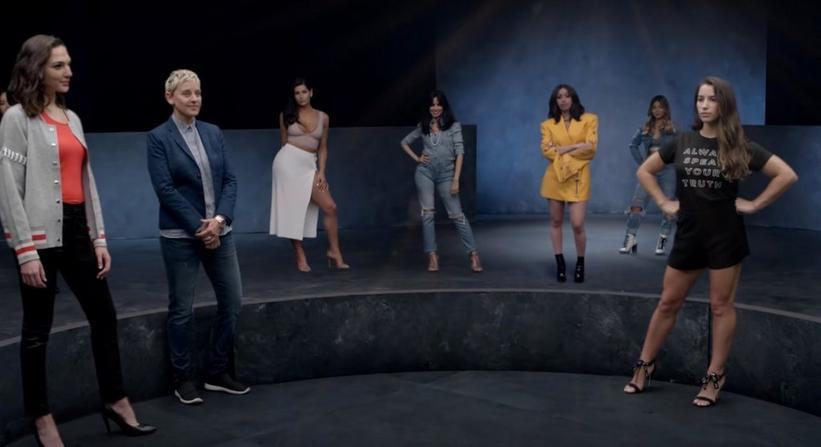 Maroon 5, Cardi B Team Up In Star-Studded "Girls Like You" Remix Video

Maroon 5 have released a star-studded video for the remix of "Girls Like You" featuring an impressive lineup of dance cameos and a verse by the "Bodak Yellow" rapper herself, Cardi B.

This remix of "Girls Like You" also gets the red-bottom treatment from GRAMMY-nominated rapper Cardi B, who drops a verse over the track just after Levine's intimate bridge section. Cardi's rap in a double-breasted yellow jacket as the camera continues to spin. The video's cast continues to grow through the final chorus before the Levine's wife and their four-month-old child are revealed as the singer embraces them. The whirlwind clip ends with the cast reappearing and standing tall.

"Girls Like You" was originally released on Maroon 5's sixth studio album, 2017's Red Pill Blues, which climbed to No. 2 on the Billboard 200 late last year. Cardi B's debut album, Invasion Of Privacy, dropped April 5 and debuted at No. 1.

Maroon 5 are currently out on the extensive Red Pill Blues Tour with Julia Michaels onboard as the supporting act. For a full list of tour dates and ticket information, visit the band's website.