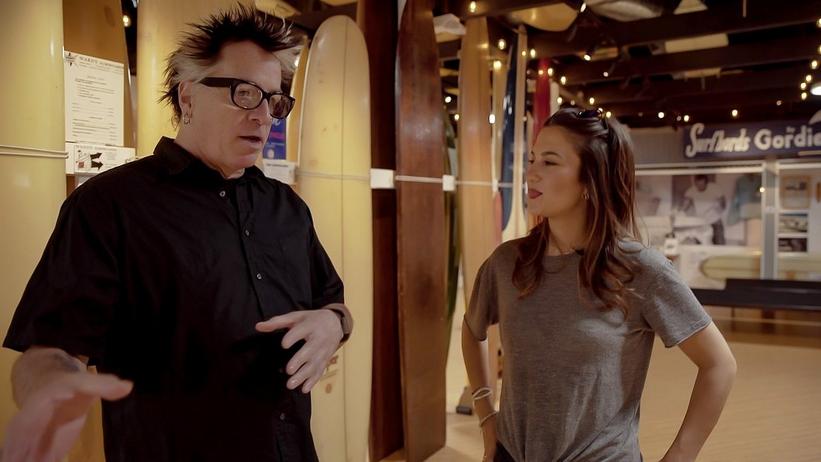 "On Location: L.A.": Revisit Punk's Past With Noodles Of The Offspring

In the latest episode of the Recording Academy's new music and travel series "On Location," Noodles, the guitarist of the Offspring, gives us a behind the scenes look at Los Angeles' punk past.

In "On Location: L.A." host Charlie Travers chats with musicians around the City of Angels to get a deeper sense of its historic past and rich music culture. To dive into L.A.'s punk scene, she meets up with long-time surfer and rebel Noodles at the International Surfing Museum in Huntington Beach, where in his younger years he used to frequent punk shows and raise hell on his skateboard.

He shares that the museum used to be Safari Sam's back in the '80s, a music venue that hosted many punk bands in its two-year lifespan, a popular hangout for rebels like himself. Its beachside location fit in well with the reemerging skate and surf scene at the time.

"I don't know what came first, whether the skating and surfing came first, or the music came first," says Noodless, "but I know a lot of the same people gravitated to both."

In the full episode Travers meets with other musicians and explores more of L.A.'s hidden gems, including visiting DJ/producer Moby at his sustainable vegan restaurant, and taking the scenic route through Malibu with 311's Nick Hexum.

Noodles has been keeping the punk spirit alive this summer as he and the Offspring team up with Hexum and 311 to play shows across the U.S. with the Never-Ending Summer Tour.