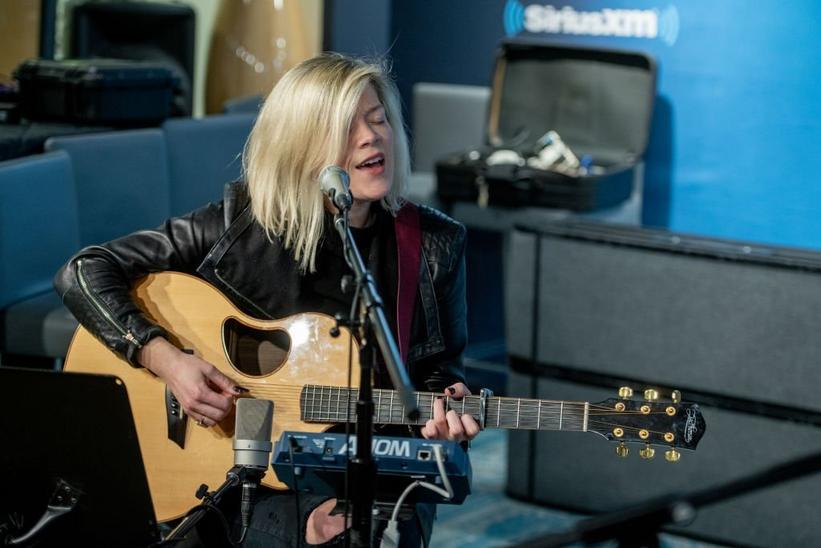 The "Rescue My Heart" singer set out to raise $45,000 to buy her latest album 'Funeral For My Past' back from her label, but ended up raising a whole lot more...

Singer/songwriter Liz Longley has raised more than triple the money she originally set out to raise when she launched a Kickstarter campaign to get her unheard album, Funeral For My Past, out to her fans.

The "Rescue My Heart" set out to raise $45,000 to buy her album, the follow-up to Weightless, back from her label, Rounder Records under Concord, after she realized the album would "not get the attention it deserves at the label." Since launching the campaign in late September, Longley has raised $150,000 with the help of her loyal fans.

Longley decided to release the album, which she worked on with producer Paul Moak and calls her "best work" yet, herself after the label told her the album was not a good fit for them.

Rounder Records president John Strohm told Billboard that after seing the response from radio and promotions teams, he "realized it was gonna be tough to get the deserved attention."  He then told Longley that it was "Not that it’s not a good record -- because it is -- but maybe it's not the right project for us."

Longley recalls a "waiting game" that didn't make sense to her.

"I made the record in December [2018] and handed it in in January. I was excited about it and they were, too," she told Billboard. "That’s where things got confusing. If the record was going to come out, it was clear it was going to take at least 10 or 11 months. That didn’t make any sense to me... You hand in a record and typically it comes out three or four months later. There’s a layout, a plan. When that didn’t seem to happen, I felt like maybe it wasn’t a good fit anymore."

But to buy her album back the singer needed help covering the $45,000 that includes studio, production, artwork and promotion costs, among other things. Longley offered donor packets to get fans to donate but didn't expect the response she's received.

"I never in a million years thought this could happen. Thank you for believing in me! I love you all & promise I won’t let you down," the singer tweeted.

What will she do with all the extra money now that she's raised more? "We’re gonna do extra music videos, release the album on vinyl, and perform an online concert for every single backer when it’s done. And we’re going to have more merch available than ever before," she said.