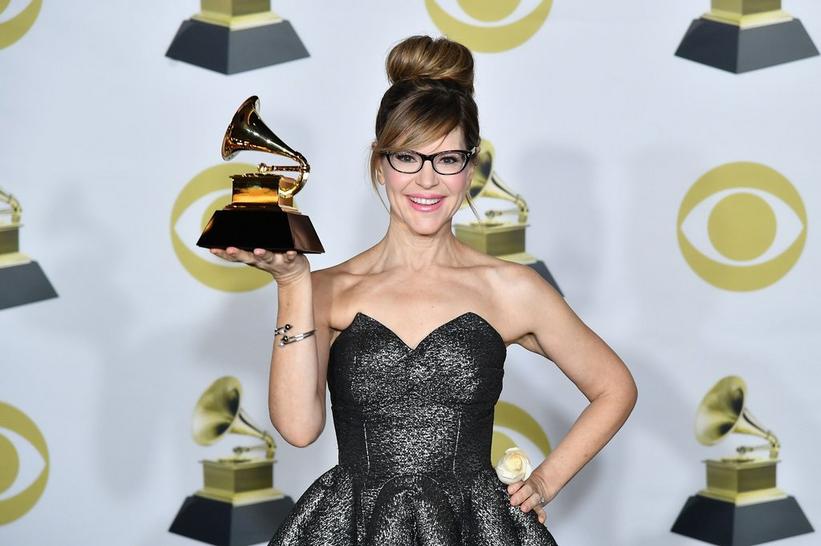 Lisa Loeb To Mastodon: 7 First-Time Winners At The 2018 GRAMMYs

While every GRAMMY win is special to its awardee, there's nothing quite like that first time. The 60th GRAMMY Awards saw several first-timers rise into the upper echelon of excellence, as determined by their peers.

From breakthrough artists such as Alessia Cara, whose dreams of winning a GRAMMY came true at the young age of 21, to experienced professionals like comedian Dave Chappelle, let's take a look at seven artists who were recognized on Music's Biggest Night for the first time in their career.

Perhaps the Cinderella Story of the 60th GRAMMY Awards, indie rocker turned pop chart-toppers Portugal. The Man found themselves on stage accepting their first career GRAMMY for "Feel It Still," beating out the likes of Imagine Dragons, the Chainsmokers & Coldplay, Zedd & Alessia Cara, and Louis Fonsi, Daddy Yankee and Justin Bieber. Not bad for the Alaska-formed, Portland-based six-piece on their eighth studio album, Woodstock.

"We grew up in a small town in Alaska," said singer/guitarist John Gourley while accepting the award. "This is crazy for us. Our heroes were dog-mushers and stuff like that. … Rep where you're from, be proud of who you are and where you're from."

It seemed like Lisa Loeb was everywhere during GRAMMY Week, from the Producers & Engineers Wing Celebration to the Person of the Year red carpet. But it was the main event on Sunday when the two-time nominee landed her first GRAMMY win. Anyone alive in 1994 will remember Loeb's massive hit "Stay (I Miss You)," which earned the singer/songwriter and her band Nine Stories a nomination for Best Pop Performance By A Duo Or Group at the 37th GRAMMY Awards.

More than two decades later, Loeb earned GRAMMY gold for Best Children's Album for Feel What U Feel, a project with an upbeat message for kids focused on "appreciating things in your daily life, respecting other people, respecting your own feelings," according to Loeb. If the joy of giving is the greatest gift, her first GRAMMY has to be a close second.

Adam Granduciel and his band the War On Drugs achieved something special with their fourth studio album, A Deeper Understanding. Recorded in Los Angeles, the project took on the dichotomy of a sunny sound with a lonely undertone. The result was a guitar-heavy, sonically layered masterpiece that earned the band their first-ever GRAMMY nomination and ultimately a win for Best Rock Album. But the true strength of the album grew out of the time Granduciel spent on writing great songs, and the lasting impression is how — and where — they were shaped.

"I rented out my own studio in Los Angeles and tried to go every day," Granduciel told GRAMMY.com in 2017. "Whether it [was] writing on the piano or guitar or work on demos. I started eight months before [while] on the road. I just ended up having more songs than I ever had in the past."

The Best Comedy Album category has seen some wildly hilarious — and accomplished — winners in the past from George Carlin to Chris Rock, Robin Williams to Whoopi Goldberg. But this year's winner is no newbie. Dave Chappelle started his career in the film business in the mid-'90s before exploding onto the small screen with his edgy and hysterical sketch comedy television series, "Chappelle's Show."

Chappelle's double comedy Netflix specials The Age Of Spin & Deep In The Heart Of Texas bested a formidable crop of nominees at the 60th GRAMMY Awards, including Sarah Silverman, Kevin Hart, Jim Gaffigan, and Jerry Seinfeld. The comedy legend also joined Kendrick Lamar for the show's striking opening performance, proving even the funniest material can still have message.

As modern heroes of heavy music, it was only a matter of time before Mastodon earned their first GRAMMY win. The band was first nominated in the Best Metal Performance category for 2006 for "Colony Of Birchmen" from their third album, Blood Mountain. Five nominations later, the Atlanta-formed quartet earned their first win for "Sultan's Curse," the punishing lead-off track from Emperor Of Sand. While the band has previously lauded some of their favorite bands such as Neurosis, Melvins and Baroness, who were nominated in this category last year, on the GRAMMY stage they were quick to pay respect to two of their more foundational influences.

"Thank you to Judas Priest and Black Sabbath for creating this amazing style of music that we call home," said drummer Brann Dailor.

While Alessia Cara gave us her full-length debut, Know-It-All back in 2015, it was in this past year that her undeniable magnetism reached a wide-scale audience through massive collaborations with Zedd ("Stay"), Troye Sivan ("Wild") and of course the song she performed at the 60th GRAMMY Awards, "1-800-273-8255" with Logic and fellow Best New Artist nominee Khalid. With all of her success coming at such a young age, the Canadian singer/songwriter hasn't forgotten where she came from.

"I've been pretend-winning GRAMMYs since I was a kid, like, in my shower," Cara said nervously, holding her first career GRAMMY trophy. "You'd think I'd have the speech thing down, but I absolutely don't. … My mind is blown"

Prolific, innovative and versatile, pianist/composer Jeff Lorber first stared his band Fusion in the '70s while attending Berklee College of Music. Lorber's innate ability to push the limits of contemporary jazz earned him seven career GRAMMY nominations, starting with his first in 1985 for "Pacific Coast Highway" for Best R&B Instrumental Performance (Orchestra, Group Or Soloist). However, it would be 2018 before he'd take home his first GRAMMY. The album, Prototype, shows Lorber at his most inventive and masterful, and it features some head-turning collaborations with the likes of Yellowjackets founding member Jimmy Haslip on bass and renowned jazz session drummer Gary Novak.

"I came up with the name Prototype because we are always trying to up our game and come up with new exciting music that could be a prototype or innovative harbinger for the future of our musical style," says Lorber.