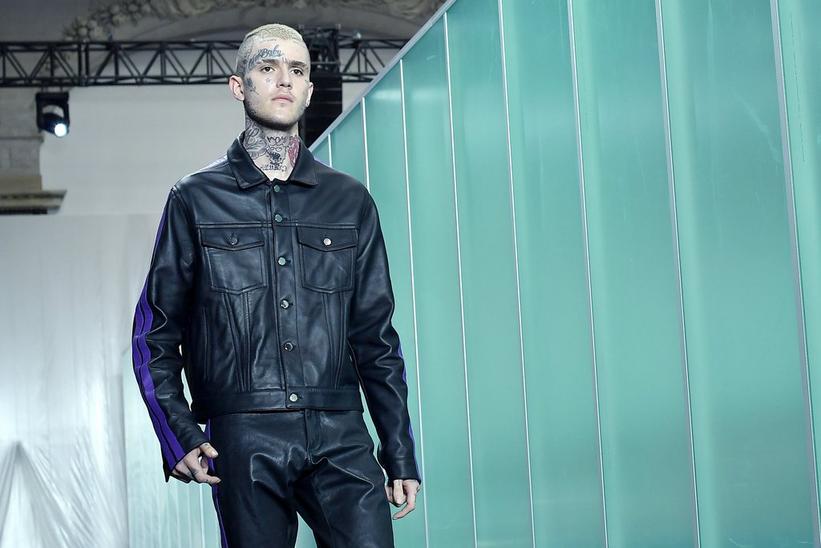 American rapper, singer, and producer Lil Peep — née Gustav Åhr — died Nov. 16 prior to a tour appearance in Tucson, Ariz. A spokesperson for the Tucson Police Department has confirmed that evidence was found on the rapper's tour bus indicating the cause of death to be a drug overdose, according to The New York Times.

The SoundCloud rapper and rising alt-pop star was on tour in support of his debut album, Come Over When You're Sober, Pt. 1. He died just two weeks following his 21st birthday.

Best known for his self-produced bedroom-recorded tracks such as "Crybaby" and "Hellboy," Lil Peep built a rabid online fanbase through his unique blend of emo-rock hooks and trap-inspired rapping. References to heavy drug use as self-medication to deal with severe depression were a staple of the young rapper's songwriting, and his soul-baring acknowledgement of his real-life trials and mood swings forged a powerful connection with a fanbase built almost entirely via SoundCloud and Instagram.

"I suffer from depression and some days I wake up and I’m like, 'F, I wish I didn’t wake up,'" he said in an interview with Pitchfork. "That's the side of myself that I express through music. That's my channel for letting all that s out."

Lil Peep began his career in music after leaving high school early and earning his degree via online courses. He began releasing self-produced music on YouTube and SoundCloud, where he discovered an unexpectedly fervent fanbase, prompting him to release his first mixtape Lil Peep Part One in 2015.

Though ostensibly a rapper, Lil Peep drew acclaim from his fans and music critics alike for his refusal to be pinned down by the conventions of any one genre, often sampling artists such as Underoath, Brand New, the Postal Service, Oasis, and the Microphones to build the sonic bed for his Southern-rap inspired vocal deliveries. His lyrical content — touching equally on themes of relationships, revenge, angst, and self-harm — prompted Pitchfork to label him as an artist who was "reinventing heart-on-sleeve agony for a new generation."

Lil Peep was vocal on social media and in his songwriting about his close relationship with his mother. She has released a statement through a representative of First Access Entertainment, stating she remains "very, very proud of him and everything he was able to achieve in his short life," and that she is "truly grateful to the fans and the people who have supported and loved him."

CyHi The Prynce Gives The Scoop Behind 'No Dope On Sundays'