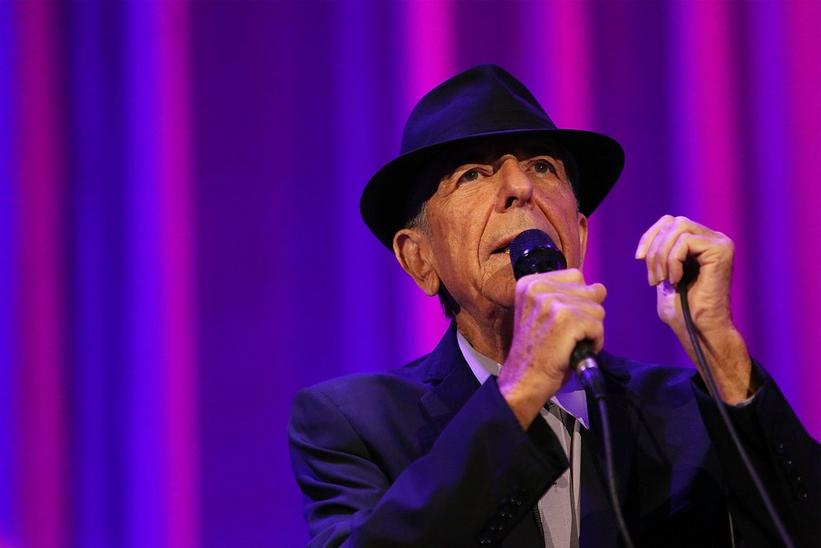 The special exhibition, which includes artwork inspired by the legendary singer/songwriter, will be making its way to the Jewish Museum in New York City in 2019

Fans of the late, deeply-influential GRAMMY-winning singer/songwriter Leonard Cohen are in for a treat, as a special art exhibit created in his honor will be on view in New York City at the Jewish Museum in 2019 and the Contemporary Jewish Museum in San Francisco in 2020.

Opening April 2019, the Jewish Museum presents "#LeonardCohen: A Crack in Everything," a contemporary art exhibition inspired by the life and work of world-renowned singer/songwriter Leonard Cohen: https://t.co/1ioWuJgBKp pic.twitter.com/tHy5kuV1PN

The show will be on view at the Jewish Museum in New York from April 12 to Sept. 8, after which it will travel overseas to Copenhagen. Later, in 2020 the exhibit will make its way back to the states, this time to the West Coast, at the Contemporary Jewish Museum in San Francisco from Sept. 17, 2020 to Jan. 3, 2021.

"Leonard Cohen: A Crack In Everything" is currently on view in the artist's hometown of Montreal at the Musée d’Art Contemporain de Montréal, its original home, and features artwork by international artists to honor his music and poetry, specifically commissioned for the show. According to the New York Times, it also features sketches from the artist himself, two video installations and a listening gallery where guests can hear covers of his songs by artists ranging from Feist to Moby. The exhibit in New York will include all of this and only be slightly smaller than the original, taking up over two floors of the Jewish Museum. Planning for the show began with his blessing before his sudden death in 2016, which the curator shares shifted the trajectory of the show, at the age 82.

"What began as an incredible, dizzying celebration full of admiration for this great Montrealer and planetary star then necessarily also morphed into a much more solemn and commemorative experience," curator John Zeppetelli said. "We're so happy to be able to premiere the show outside of Canada, and to do it in New York is just so gratifying."

During his long, impactful career, in addition to two GRAMMY wins, Cohen was honored with the Recording Academy's Lifetime Achievement Award in 2010 and his debut album Songs Of Leonard Cohen was inducted into the GRAMMY Hall Of Fame in 2015. The influence he has had on other artists is widely evident in many ways, including in the number of  musicians who have covered his 1984 classic "Hallelujah" alone over the years.

More info on how to see "Leonard Cohen: A Crack In Everything" while it's in New York is available on the Jewish Museum's website.