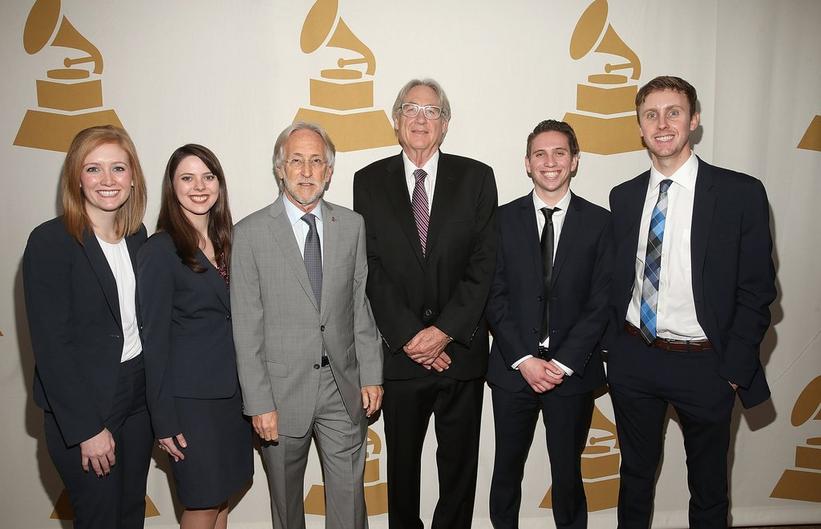 Students can enter by writing a 3,000-word paper on a compelling legal topic facing the music industry today; winner to receive scholarship and trip to the 60th GRAMMY Awards

A $10,000 scholarship and a trip to New York for the 60th GRAMMY Awards make up the major prize up for grabs for the Recording Academy's 20th Annual Entertainment Law Initiative Writing Competition.

Co-sponsored by the American Bar Association Forum on the Entertainment and Sports Industries, interested law students attending an ABA-approved law school can enter the competition by writing a 3,000-word paper on a compelling legal topic facing the music industry today.

The author of the winning paper will be awarded $10,000 and will receive airfare and hotel accommodations for two and two tickets to the 60th GRAMMY Awards at Madison Square Garden in New York on Sunday, Jan. 28, 2018.

Additionally, the winner will receive two tickets to GRAMMY Week activities such as the annual Entertainment Law Initiative Event & Scholarship Presentation on Jan. 26, where the winning student will be recognized; the MusiCares Person of the Year tribute honoring Fleetwood Mac on Jan. 26; and the GRAMMY Celebration, the official GRAMMY Awards after-party.

A $2,500 scholarship will be awarded to the competition's runner-up.