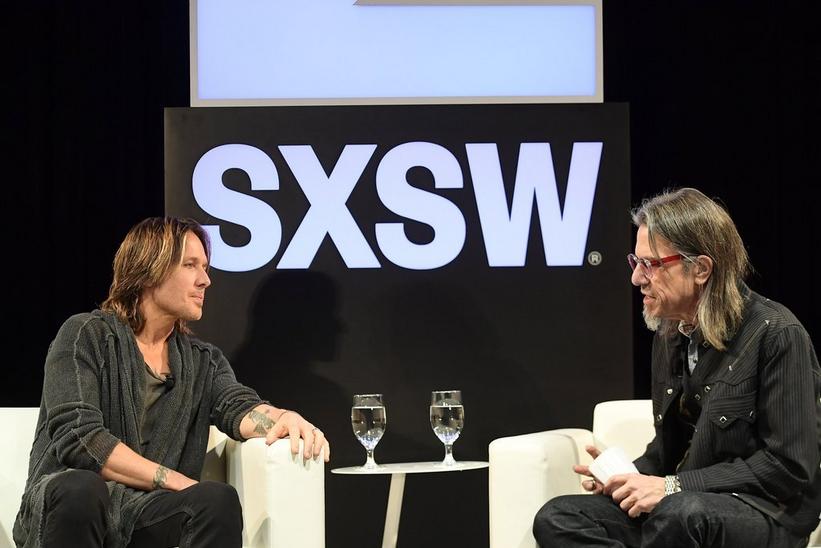 On the latest episode of the GRAMMY Museum's "Required Listening" podcast, you're in for a treat. Host Scott Goldman sits down with GRAMMY winner Keith Urban for a 45-minute discussion and all topics were seemingly on the table, including his earliest musical influences, his formative years in cover bands, his approach to songwriting and record making, how MusiCares played a part in his sobriety, the art of collaboration, and his new album, 2018's Graffiti U.

Here are five things we picked up from the conversation — make sure to check out the entire episode.

Why his first concert is etched in his memory:

"[Johnny Cash] was my first concert. I think I was about 5," said Urban. "What I remember from that concert was just how loud the crowd was. It was a 5,000-seat venue, which when you're tiny might as well be a stadium. I remember just the roar of everybody when this guy walked out onstage. It's never left me. The power of when he played the guitar and sang was just extraordinary."

How playing in a cover band inspired him to write his own songs:

"I was in a cover band in 1988 and … I was playing guitar," said Urban. "We were trying to tell the lead singer, 'Let's slip in a few originals now. Let's turn the tide a bit.' And every night … we'd get to the original, the band would be so excited. The lead singer would say, 'Ah, skip that one. …' That was the start of me [thinking], 'Well, I need to get my own band going and write my own [songs].'"

On the importance of balance within the creative process:

"The great adage that 'balance is never achieved, it's just maintained' is so true in everything," said Urban. "Even in record making, the balance for me is in being very sure of where I want to go and what I want to do and who I am, but also being completely open to someone having an idea that's completely different than mine but actually is better."

Why he enjoys collaborating with others:

"I know what I do; I know what you do. But I don't know what we [can] do," said Urban. "I'm interested in that third thing. When I worked with Nile Rodgers, he was someone I aggressively sought out. I've always loved his playing and his record making. I said, 'I think if we can get in a room, we can do something really fun. … He did what he did and I [did] what I do. And we just played long enough for this third thing ['Sun Don't Let Me Down'] to emerge. That's what I love about collaborating."

How a country legend inspired the first track on Graffiti U:

"The first song on this album is called 'Coming Home' and I actually used a Merle Haggard sample to spark the song," said Urban. "I didn't have any idea what the song would be about but when I started hearing this rolling guitar intro of 'Mamma Tried,' it immediately made me think of growing up in Australia. It was all driven by the music speaking and pulling that out."