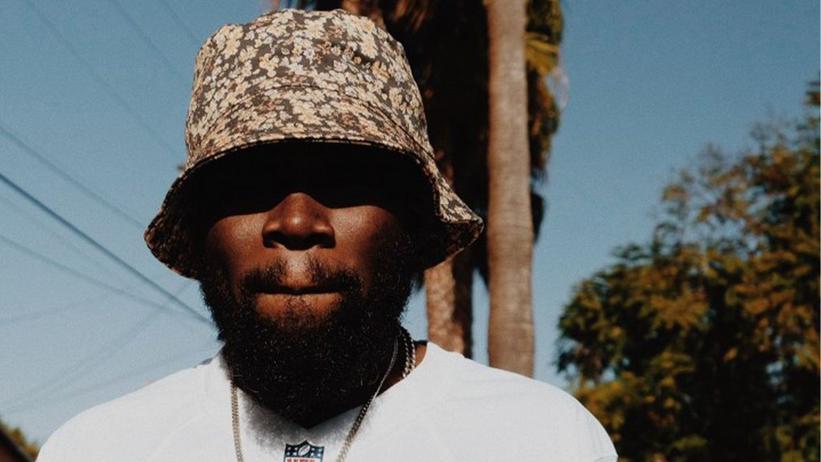 The producer and DJ introduces fans to his kosh kash — a pocket-sized, egg-shaped instrument that is so versatile, he carries it with him everywhere when he's on the road.

Juls — also known as Juls Baby, and born Julian Nicco-Annan — is perhaps known best for his work as a producer, helping create hits for acts like Burna Boy, Mr. Eazi and GoldLink. But the Ghanian-British producer and DJ is also a touring act who plays sets around the world — and he makes sure he has his trusty kosh kash with him.

In this episode of Herbal Tea & White Sofas, Juls introduces viewers to the egg-shaped African percussion instrument, which is also known as a Kashaka. The pocket-sized instrument is made up of two small gourds bound together by a string, and makes a rhythmic, rattling noise when shaken. It serves a lot of purposes, Juls explains.

"It's kind of like a shaker. It's kind of like a stress reliever when I'm preparing tours. It also helps me to make music," he says. "So any time I have an idea, I just record it on my phone in Voice Memos. I carry this everywhere I go when I travel."

Another mainstay of Juls' tour rider is "one of the best drinks in the world: Supermalt," the artist continues. "It's like a malt drink, made of wheat, with other things like added sugar and starch."

The non-alcoholic and caffeine-free malt beverage first originated in the early 1970s and served as a cheap energy source for the Nigerian Army. To this day, it's still an Afro-Caribbean staple — and now, a road necessity for Juls. "Definitely need to have that on the rider," he adds.

Press play on the video above to learn more about Juls' road essentials — plus how he prepares for his shows every night — and keep checking back to GRAMMY.com for more new episodes of Herbal Tea & White Sofas.

Rapper Denzel Curry shares the list of items he needs to be his best self on stage — all of which can be found on the shelves of any corner pharmacy.

It doesn't take a whole lot for Denzel Curry to be happy when he's on tour. The rapper says his must-haves are all simple items that help him look his best and feel good, even after a night of going all out on stage.

In this episode of Herbal Tea & White Sofas, Curry says that toiletry items are at the top of the list when he considers what he needs on tour — and he also likes to find healthy ways to satisfy his sweet tooth, too.

"My current tour rider has deodorant, lotion, some snacks like fruit or dried mango," he lists. "First of all, I just like mango. But the reason why I like dried mango is 'cause it's sweeter. It kinda feels like candy, but it's not really candy."

Lotion is a key component of Curry's tour rider because it keeps his skin looking and feeling its best when he's on stage, he goes on to explain. "I don't wanna be ashy. You know what ashy is? It means that it looks like your elbows and your knees are just pretty much white or looking kinda dusty. I can't be looking all dusty like a mummy, you feel me?" he adds with a laugh.

A Denzel Curry show is an immersive experience, he says — so much so that he always walks off stage covered in sweat, and immediately needs to change into something dry. Along with delivering a high-energy show, Curry makes sure he gets up close and personal with his fans. The rapper remembers one particular recent show where he brought not one but two fans on stage to sing his song "RICKY" with him.

"I brought a fan on stage, he had a sign that said '[I wanna] sing 'RICKY' with you'... Then there was another fan that had the same sign, and I brought him on stage as well," Curry recalls. "He got to the stage a little bit late, we were literally on the last hook, and he ended up just killing it. I gave the mic to him... and he killed it."

Press play on the video above to learn more about how Curry's tour essentials help him create a live show that's an epic experience for all involved, and keep checking back to GRAMMY.com for more episodes of Herbal Tea & White Sofas. 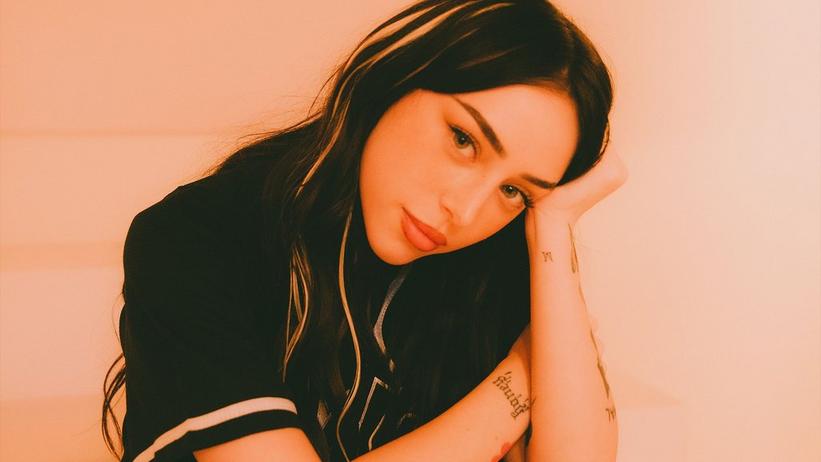 Plus, Nicole explains how the "roller coaster of emotions" she feels before she steps onstage used to overwhelm her — but now, it's her superpower.

There's one item that singer and rapper Nicki Nicole keeps on tour with her that she admits is a little bit of an odd favorite.

"I'm going to say [it's] kind of weird, but I like to eat ginger," Nicole says in today's episode of Herbal Tea & White Sofas. "I got used to warming up my voice and eating ginger…Nowadays, I put it in my tea, sometimes I eat a few slices. It's kind of weird, but if you get used to it, it's really good."

Ginger isn't the only fragrant item that Nicole keeps backstage with her when she's on the road. The singer also has a soft spot for flowers, and the ones she likes to have backstage are the favorite varieties that bring back memories of her childhood in Argentina.

"The flowers that I personally like very much are roses. I also like daisies a lot," she explains. "I have them in my backyard. They are always with me, and also jasmine. These types of flowers remind me a lot [of] when I was little, the roses or those things, they remind me of my neighborhood and the things that were there."

Those familiar, grounding memories serve Nicole well when she's on tour: The urbano singer says that she's had to learn to harness the strong emotions she feels before a show. "Before I get on stage," she says, "I'm like a roller coaster of emotions.

While that's still true, Nicole says she feels a little more in control of those emotions. Whether that's because of those childhood reminders, the ginger snack or simply her growth as an artist, she channels the emotions into her performance. "I've learned to enjoy it," she adds.

Press play on the video above to hear more about Nicole's evolving approach to live performance — and the intimate bond with her fans she's built on the road — and keep checking GRAMMY.com for more episodes of Herbal Tea & White Sofas.

For Amapiano star Focalistic, rooibos tea isn't just a delicious tour staple that reminds him of home — it's a product that, like him, represents South Africa to the rest of the world.

Ever since he launched his career on a broad scale in 2020 — complete with founding his own record label — rapper and Amapiano house music artist Focalistic has taken pride in his status as an artist bringing South African music to the world.

In that respect, he has a lot in common with rooibos tea, which also happens to be one of the major staples of his tour rider. In this episode of Herbal Tea & White Sofas, Focalistic explains why the tea is so important to him, both personally and because of the symbolism it carries.

"Just that familiar taste brings back so many memories," he reminisces. "It's something that I've never been able to get over — rooibos."

The tea is also a powerful representation of South African culture that has broken into the global mainstream — something that Focalistic himself strives to do himself. "It's South Africa's biggest export, in fact. Being able to represent the South African culture, just like the tea, is amazing for me. I draw the comparison...We're going into spaces that people never thought that we'd ever be in, and influencing the culture from a South African perspective."

For the rapper, that means bringing his signature Amapiano style to audiences who, in many cases, are completely unfamiliar with it. In his eyes, the genre is "taking over the world."

A style of house music that has been coming out of South Africa since the early 2010s, Amapiano combines house music with synth-driven jazz and lounge styles. It's become especially popular on TikTok, inspiring various dance challenges and adding momentum to the South African dance music scene.

"It's almost made me feel like an evangelist right now," Focalistic continues. "People who've never even heard of it coming to the show, and enjoying it — it's kind of like tasting rooibos for the first time."

Press play on the video above to watch Focalistic's full thoughts on rooibos tea — and to watch him prepare a cup! — and keep checking GRAMMY.com for more new episodes of Herbal Tea & White Sofas.