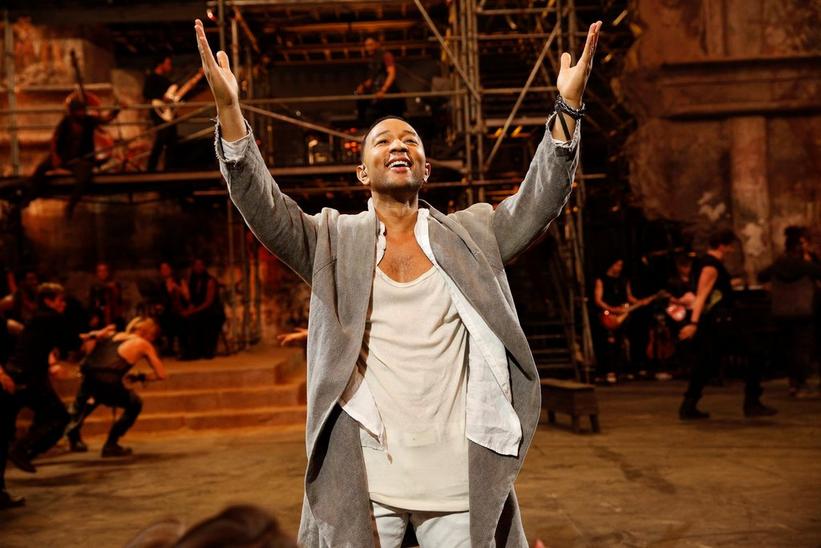 Many music fans spent their Easter Sunday evening in front of the television — and on Twitter — to catch NBC's airing of "Jesus Christ Superstar: Live In Concert." With jaw-dropping performances by GRAMMY winner John Legend in the title role and appearances from GRAMMY nominees Sara Bareilles and Alice Cooper, the show was heavy on heartfelt music.

Legend took center stage, showing off his powerful voice and artistic versatility throughout the two-and-a-half hour show. Making the transition from his traditional concerts to the lead role in a classic show was a challenge Legend rose up to (no pun intended), even if it forced the singer slightly out of his comfort zone.

Bareilles is not new to the Broadway. The piano-pop powerhouse made her foray onto the stage in 2016 with the show Waitress, contributing music and lyrics of her own. Her performance in "… Superstar" of "I Don't Know How To Love Him" had her fans in awe, while winning over the many of the viewers new to Bareilles' abilities.

For his only song of the night, shock-rock icon Cooper made it count. In the role of King Herod, Cooper entered to a roar of applause before launching into a musical challenge to Legend’s character, eventually darkening into his signature sinister growl. While Cooper's may not be the first name that comes to mind on Broadway, his superior showmanship fit right into the show’s spectacle.

With dashes of glitter, edgy costume design, and many other great musical moments, including "Superstar" from Brandon Victor Dixon as Judas, "Jesus Christ Superstar Live In Concert" is being hailed by many as the finest live television musical yet.