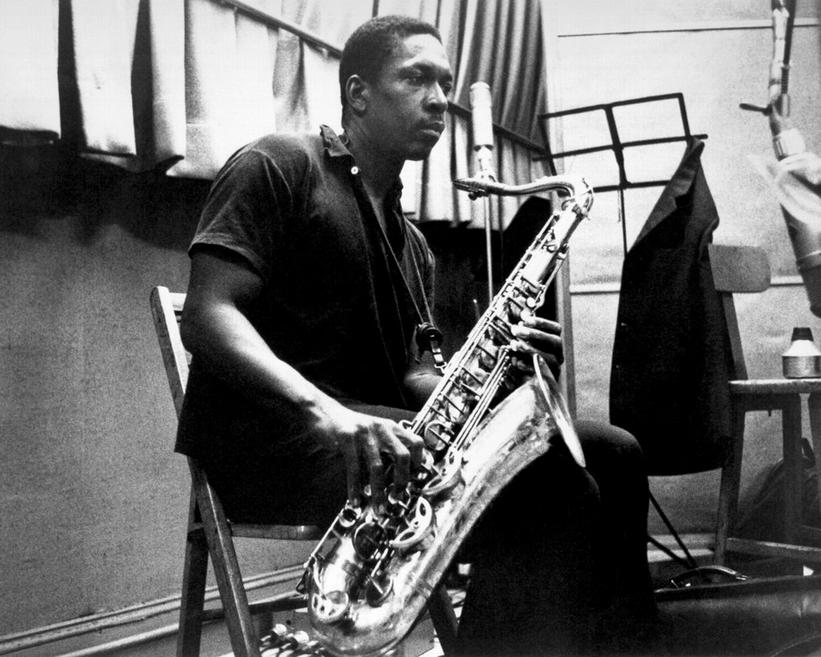 'Both Directions At Once: The Lost Album' captures Coltrane in transition from tighter and more typical jazz to wilder wide-ranging explorations

On June 8, Impulse! Records announced that an album of previously unheard John Coltrane recordings will be released on June 29 for the first time as Both Directions At Once: The Lost Album. The unearthed recording contains all that survived of a March 1963 session with Jimmy Garrison, Elvin Jones and McCoy Tyner at Van Gelder Studio, which was a reference tape in good condition, thankfully.

The New York Times wrote that there are many new questions "this discovery allows us to start asking about the work of an epochal band in its prime." This was two years before Coltrane's quartet recorded his epic exploration A Love Supreme.

The seven tracks on Both Directions At Once: The Lost Album were selects from multiple takes. The two newest originals with Coltrane playing soprano sax are "Untitled Original 11383" with Jimmy Garrison playing arco bass and "Untitled Original 11386" with a distinctive McCoy Tyner swing feel. "Vilia" comes from The Merry Widow by Franz Lehár while "Slow Blues" is an 11-minute track with Tyner interrupting an extended Coltrane solo, but only briefly. A tight cover of "Nature Boy" gives a sense of this album's transition between more typically tight jazz tunes and Coltrane's fabulous journeys. The song "One Up, One Down" also is seen differently in this earlier, studio treatment. Tyner's piano stays out of this version of "Impressions" rendering the often recorded tune as a trio.

Founded in 1960, Impulse! was originally one of John Coltrane's distinctive labels and this release marks its return within UMG's Verve Label Group. "No one embodies the boundary-breaking essence of jazz more than John Coltrane. He was a visionary who changed the course of music, and this lost album is a once-in-a-lifetime discovery," said Verve President/CEO Danny Bennett. "It gives us insight into his creative process and connects us to his artistry. This album is a cultural moment."

With Coltrane breathing new life into a genre he helped shape more than 50 years after his death, it seems like this recovered wonder belongs on any jazz lover's summer beach listening list!